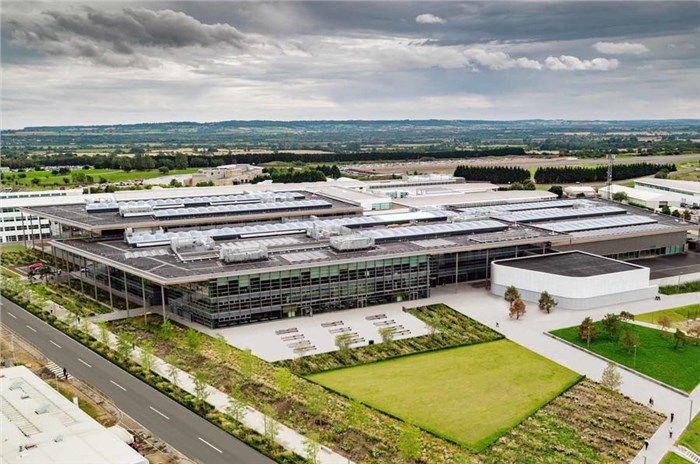 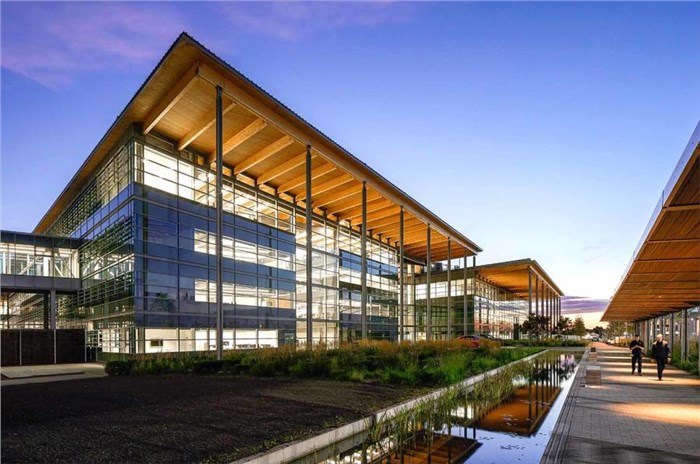 Widely known as the Gaydon Triangle because of its unique layout, the £500 million (approximately Rs 4,374 crore) centre will be a base for almost 13,000 group engineers and becomes by far the largest car creation centre in the UK.

According to JLR’s CEO, Sir Ralf Speth, this centre will bring new efficiencies by combining the design, engineering and production purchasing functions of the company — all necessary for current and next generation Jaguar and Land Rover models — under one roof for the first time in history.

JLR calls the new building complex “one of the UK’s most sustainable non-domestic buildings” designed to further the group’s Destination Zero mission — to achieve zero emissions, zero accidents and zero congestion for its products and processes through what Speth calls “relentless innovation”. The idea, he adds, is to make societies safer and healthier, and the environment cleaner. Almost 10 percent of the energy consumed by employees and processes at the Gaydon centre will be provided by vast roof-mounted solar panels, while the rest will come entirely from renewable sources.

Today’s opening follows the recent announcement of a JLR plan to turn its Castle Bromwich plant — where Spitfires were built during WW2 — into the UK’s first specialist plant for premium electrified vehicles, starting with the new Jaguar XJ sedan.

JLR already claims important steps towards its Destination Zero mission, with some of them on display at the centre’s opening. The company says it is already investing heavily in a future that will be autonomous, connected, electrified and shared. It is on track to deliver electrified versions of every Jaguar and Land Rover model by 2020, including mild and plug-in hybrid versions of its recently launched new Land Rover Defender.