Foreseeing a significant demand for diesels even in the BS6 era, the automaker is doubling down with its range of 1.2-, 1.5- and 2.0-litre offerings. 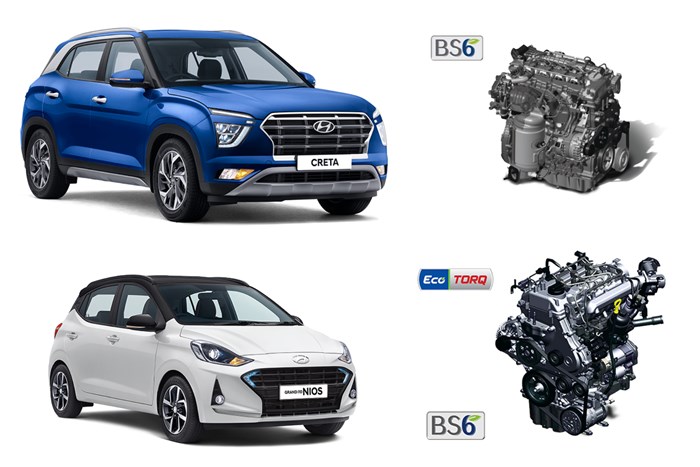 While the move to BS6 emission norms has marked the end of the road for many diesel engines in India, Hyundai is confident about the continued demand for oil burners in our market. In an interaction with Autocar India, Tarun Garg, director, sales, marketing and service, Hyundai Motor India said, “The Indian diesel market has been very strong for so many years and we have no reason to believe customers will suddenly stop buying diesels.” The company recently launched the second-gen Creta in the Indian market and reported 50 percent of the pre-orders to be for the diesel versions. “These bookings aren't just coming from the traditional diesel pockets, but also from pockets where petrol used to be popular,” added Garg. Moving forward, the company expects the diesel share to grow to 60 percent due to customer preference in the SUV category.

Hyundai remains bullish over the prospects of diesels across all segments in the BS6 era. Earlier this year, it introduced its updated 1.2-litre CRDi engine - the smallest BS6-compliant diesel offering in the country - for the Aura compact sedan as well as the Grand i10 Nios hatchback. The brand’s 1.5-litre diesel mill, available in two states of tune, is expected to see extensive use. It already powers the Venue and the new Creta and is also slated to feature in the new i20, the facelifted Verna and the Elantra in the coming months. Rounding up Hyundai’s diesel portfolio will be a 2.0-litre offering making its debut with the Tucson facelift.

Asserting the automaker’s strategy, a company executive said that customers are willing to fork out a slight premium at the outset for the promise of lower running costs. Stronger performance and high torque output associated with a diesel powerplant also have a significant bearing over customer preference, especially in the SUV segment.

An added advantage for Hyundai is the fact that many of its key competitors have exited the diesel market, allowing it to cater to a wider audience. Maruti Suzuki, Skoda-Volkswagen and Renault-Nissan will have petrol-only models come April 1, 2020. And while Tata, Mahindra, Honda, Ford, MG and Jeep will continue offering diesels, the automakers are shying away from small capacity diesels – a segment where the Korean brand could see gains with its 1.2-litre oil-burner, if demand persists.

Elaborating on the business case for continuing with diesels, Garg commented, “We have the technology to give very good BS6 diesel engines, which are not only fuel-efficient and performance-oriented, but also very reasonable and affordable for the customer in terms of price.”

For instance, the new Creta diesel commands a premium of Rs 1.05-1.50 lakh over similarly specced naturally-aspirated petrol variants. In comparison, the previous BS4 model’s 1.6-litre diesels and petrols were priced at a difference of Rs 93,000-1.49 lakh. Evaluating the carmaker’s smaller capacity powertrains, the price delta between diesels and petrols is Rs 1.18 lakh for the BS6 Aura, while the same figure was pegged at Rs 92,000-98,000 for the carmaker’s last-gen, BS4-compliant compact sedan (the Xcent). Despite BS6 diesels requiring considerable rework in the form of expensive exhaust after-treatment tech, prices haven’t shot up astronomically. Hyundai’s attempt to contain the mark-up should certainly work in its favour.

Moreover, the company sees an increasing shift towards automatics in the Indian market across segments. “This is probably going to be the way forward because cities are getting more congested and this makes things very convenient,” suggested Garg.

For the new Creta, Hyundai expects more than 50 percent of the customers to opt for an automatic transmission, which has led it to offer numerous options – the 1.5-litre petrol gets a CVT gearbox, the 1.5-litre diesel comes with a 6-speed torque converter and the 1.4-litre turbo-petrol gets a 7-speed DCT.

Even lower down the segment, automatics have started gaining traction, prompting the automaker to introduce more cost-effective solutions like the AMT transmission for the Nios and Aura.

So while the switch to BS6 has been nothing short of a humongous task for India Auto Inc., Hyundai has tried to leverage the opportunity to rationalise its plans and make a renewed effort. Only time will tell how its strategies pan out.