The last internal combustion model to wear the Genesis badge will be out by 2025. 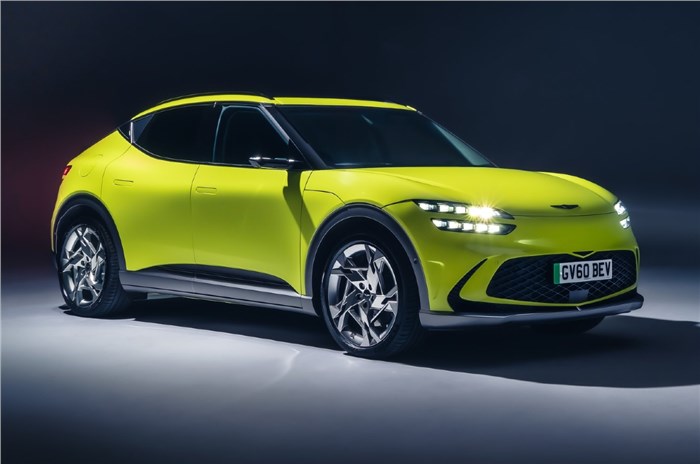 
Hyundai’s luxury brand Genesis is gearing up to introduce multiple electric cars globally. Genesis had recently unveiled the GV60 crossover overseas and the company now aims to establish itself as a standalone luxury brand.

The Hyundai-owned firm plans to introduce its final combustion-engined model in 2025 and will usher in a family of eight bespoke EVs atop its parent company’s dedicated E-GMP platform, replacing its first-generation models over the course of this decade.

The brand’s chief creative officer Luc Donckerwolke told our sister publication Autocar UK that the imminent GV60 serves as “a taste of things to come” from the seven EVs that will follow it onto market.

As a result, the all-electric successor to the current Genesis GV80 large SUV will be larger inside, but not necessarily in terms of its footprint.

It is expected to use the same extended-wheelbase variant of the E-GMP platform as the production versions of the recent Hyundai Seven and Kia EV9 SUV concepts, which lines it up as a rival to electric SUV flagships from established premium brands such as Audi, BMW and Mercedes-Benz.

Donckerwolke wouldn’t be drawn on the nature of a halo model for this EV rollout, but a production version of last year’s X concept, which was posited as a “high-performance GT”, could be brought to market as a rival to the Porsche Taycan, using the E-GMP platform’s most potent motor configurations.

However, he suggested that Genesis EVs wouldn't follow Kia and Hyundai's new naming strategy. Donckerwolke said dropping the existing ‘G’ and ‘GV’ prefixes would be like “Coca-Cola deciding to only sell Light products rather than the originals. Then every product is called Light.”

While there have been a handful of private Genesis imports in India, Hyundai has been tight-lipped about the introduction of the Genesis brand in India as of now.