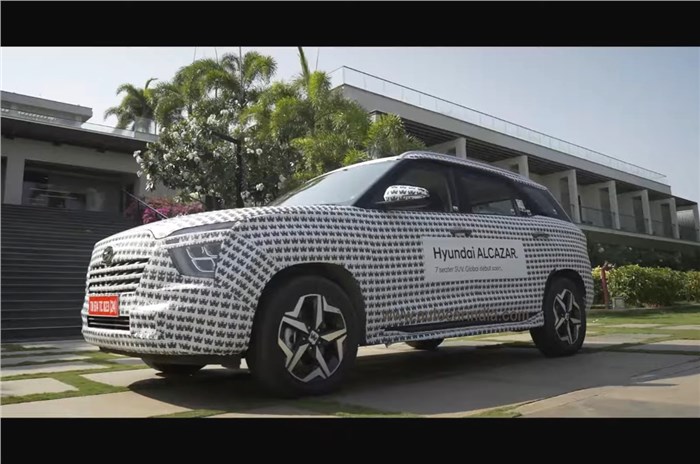 The new Hyundai Alcazar SUV will see its global debut in the coming days and we've got fresh details on its engine and gearbox options. The Alcazar will be Hyundai's answer in the ever-growing three row mid-size SUV market in India and will come with six and seven seat options.

While the Alcazar does share quite a few mechanical and cosmetic bits with the Creta sold in India, it will not share the Creta's petrol engine options (1.5-litre NA - 115hp and 1.4-litre turbo - 140hp) but will come with a more powerful 152hp 2.0-litre engine that sees duty on the Elantra sedan and the Tucson SUV in India. This engine will come mated with either a six-speed manual or a six-speed torque convertor automatic gearbox. The same 2.0-litre petrol is also expected to power the Creta in some international markets. 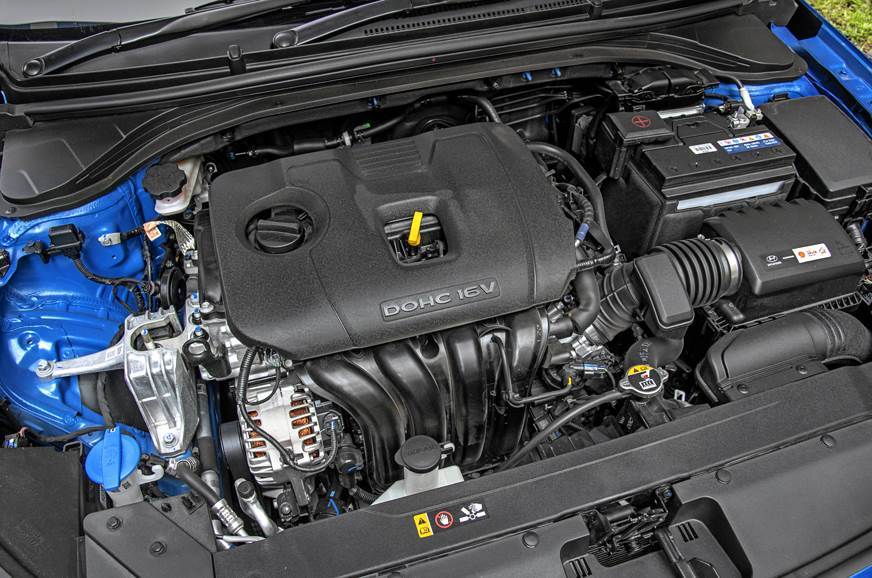 152hp 2.0 liter petrol from the Elantra and Tucson will power the Alcazar

On the diesel side, the Creta's 1.5-litre 115hp diesel will power the three-row Alcazar as well, however, we can confirm that this engine has been differently tuned for the slightly heavier Alcazar for better power delivery.  Gearbox options for this engine are also expected to include a six-speed manual and a six-speed torque convertor automatic.

Hyundai Alcazar: What else is known?

As far as styling goes, the Alcazar will have some unique styling elements and a longer rear over hang that will differentiate it from the five-seat Creta. Hyundai will market the SUV in India as a premium offering that will be available with a plush six-seat layout replete with captain's chairs for the second row and a uniquely styled floor mounted centre armrest that will house cup holders and also provision for wireless charging and more creature comforts aimed at chauffer driven customers.

Hyundai Alcazar: what will it rival in India?

The recently updated MG Hector Plus and the newly launched Tata Safari will be the key rivals for the upcoming Hyundai Alcazar SUV in our market. Additionally, it will also see competition from the likes of the outgoing Mahindra XUV500 and its upcoming next-gen XUV that will hit the showrooms later this year.  Expect more details on the Hyundai Alcazar to be revealed in the coming days ahead of its market launch sometime next month.