The Hyundai Xcent makes for an attractive used buy for around Rs 5-7 lakh. We help you find a good example. 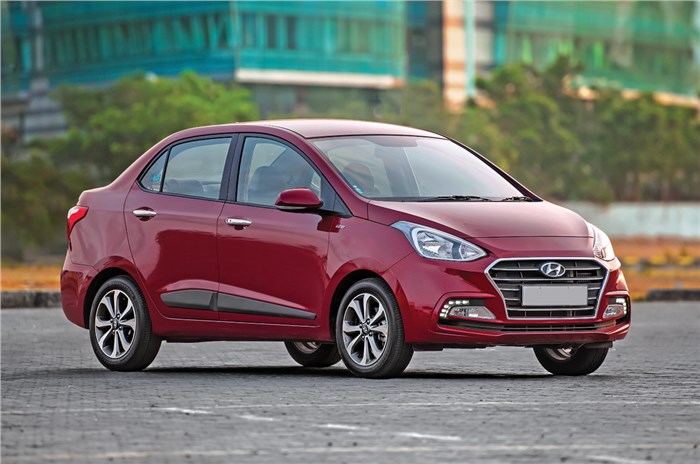 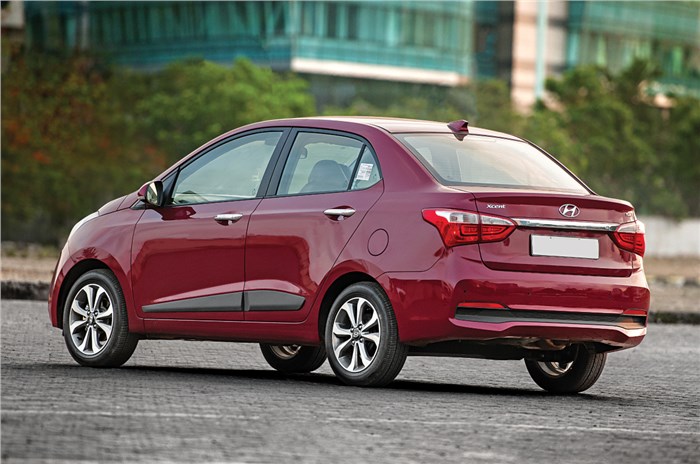 With the facelift, the Xcent gained new tail-lights, rear bumper and alloy wheels.

The Hyundai Xcent is a compact, feature-rich and refined sedan, making it worth considering as a used buy. But before you go ahead and buy one, there are a few things you must consider.

The Xcent was Hyundai’s first foray into the sub-four-metre sedan segment in India when it launched in 2014. Hyundai updated the compact sedan in early 2017, giving it revised exterior styling, more features and a more powerful diesel engine. It is this facelifted version that you should try to buy, as it is better equipped and is a more rounded package than the pre-facelift Xcent.

Hyundai also improved the bump absorption and ride quality of the Xcent with the facelift. The Xcent rides over bad patches with ease and acoustic isolation is also very good. Even the steering and handling is nicer on the facelift. The steering is lighter to use, smoother in operation and more accurate. And there’s enough grip from the chassis around corners.

Under the hood, the facelifted Xcent carried forward the 83hp, 1.2-litre petrol motor from the pre-facelifted model. However, the diesel engine was upsized from 1.1-litre to 1.2-litre, producing 75hp (3hp more than the 1.1-litre). A 5-speed manual gearbox was standard with both engines, with the petrol also available with a 4-speed torque converter automatic unit.

Hyundai claimed fuel economy figures of 20.14kpl from the petrol motor when paired with a manual gearbox and 17.36kpl when paired with the automatic. The diesel, meanwhile, was claimed to return 25.4kpl. It’s worth noting that the Xcent was also offered with a CNG-powered option, but this was only for the fleet market.

It is important to look for a higher-spec variant, like an SX or SX(O), as it’ll be the most equipped and will help you see the Xcent in its best light. However, if there are budget constraints, even the mid-level S variants are decently equipped for most buyers.

As always, the engine choice really depends upon your usage. The petrols will be ideal for someone who commutes majorly in cities, while the frugal yet powerful diesel will be the one to go for if you take regular highway trips. Both engines are peppy in performance and quite refined.

As is with all Hyundais, the Xcent is a reliable car and its spare parts are easily accessible and relatively inexpensive. Furthermore, it is backed by Hyundai’s vast service network throughout the country, which should offer buyers peace of mind.

Some Xcent manual owners have faced early clutch wear from their cars. Check if the clutch feels spongy or is slipping, as this is a sign of a worn-out clutch. A new clutch and pressure plate will be a relatively expensive fix.

A few owners have complained about inadequate cooling from the Xcent’s AC system. Before purchasing, it’s best to get the AC cooling coil and the compressor unit checked out.

On a test drive, check if the suspension is squeaking or crashing excessively over a bad patch of road. This is a sign of worn-out suspension bushings, which will have to be replaced.

Multiple Xcent petrol owners have complained about getting poor fuel efficiency figures, especially on the automatic versions. If fuel efficiency is high on your priority list, it is best to opt for the diesel-powered Xcent.

Getting a used Xcent for anywhere between Rs 5 to 7 lakh, depending on the variant and engine, represents good value. Since the model has been discontinued and it doesn’t have a lot of demand in the used car market, there is scope for negotiation to bring the price down.