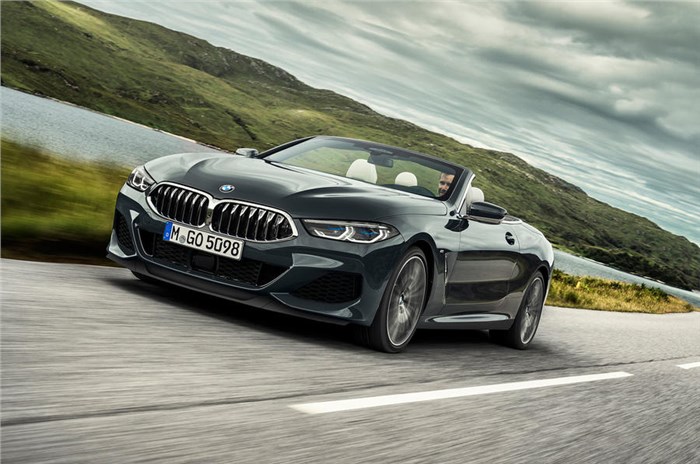 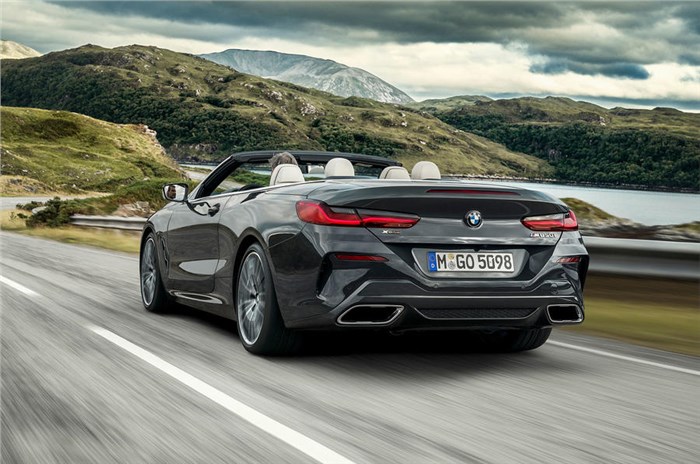 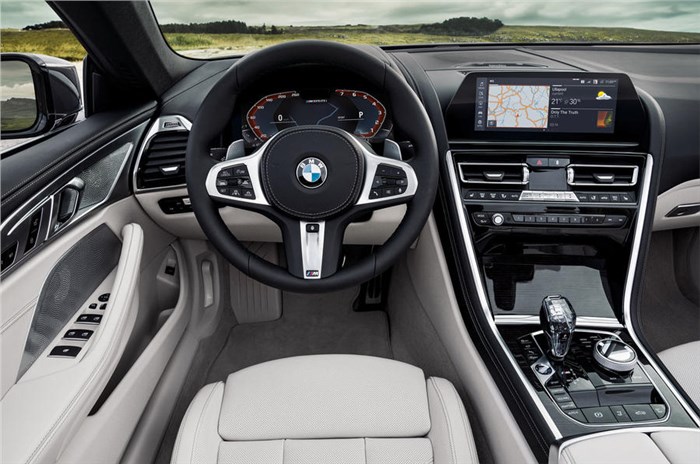 BMW has officially revealed the new 8-series convertible ahead of its planned Los Angeles motor show debut this month. The drop-top 8-series will also feature a range-topping M8 variant that will generate more than 600hp. The M8 will go on sale internationally in 2019, after the launch of the standard model.

Conceived to rival a number of existing upmarket convertibles, including the forthcoming Bentley Continental GTC and Mercedes-Benz S-class cabriolet, the new BMW open-top forms part of a three-model-strong resurrected 8-series line-up that also includes the 8-series coupé and the upcoming four-door 8-series Gran Coupé set to be unveiled next year.

The 8-series convertible will be initially sold with the choice of just two engines – a 320hp/680Nm, 3.0-litre, inline, six-cylinder turbocharged diesel engine in the 840d xDrive convertible, and a 530hp/748Nm, 4.4-litre, turbocharged V8 petrol unit that delivers in the range-topping M850i xDrive.
Both engines come mated to a standard 8-speed torque-converter-equipped, ZF-produced automatic gearbox and BMW’s four-wheel-drive xDrive system. The M850i xDrive convertible also receives an electronically controlled rear differential lock – a feature available as an option on the 840d xDrive convertible.

Predictably, the new 8-series convertible mirrors the look of the new 8-series coupé, with a bold front end and muscular lines. Its multi-layer fabric roof, which comes in a choice of either a standard black or optional anthracite colour, opens in 15sec at the touch of a button at speeds up to 50kph; it automatically stows beneath a tonneau cover trimmed with the same slush moulded plastic as the dashboard and door trims at the rear of the 2+2 cabin. BMW claims 350 litres of boot capacity with the roof in place, which reduces when it is stowed. To accommodate lengthy items, the rear seats split and fold in a 50:50 form to free up greater load space.

A plastic wind deflector, similar to that already seen on 6-series convertibles, can be erected to reduce wind buffeting when the roof is down; although, it requires the rear seats of the 8-series convertible to be unoccupied.

Despite its higher positioning, the new 8-series convertible is 54mm shorter than the old 6-series convertible, at 4,843mm in length, while its width and height is put at 1,902mm and 1,339mm, respectively. It also uses the same wheelbase as the recently introduced 8-series coupé, at 2,822mm.

By comparison, the latest Mercedes-Benz S-class cabriolet measures 5,027mm in length, 1,899mm in width and 1,417mm in height while touting a 2,945mm wheelbase.