New entry-level 2 Series Gran Coupe petrol misses out on some features from the fully-loaded 220i M Sport; powered by the same 190hp, 2.0-litre turbo-petrol engine. 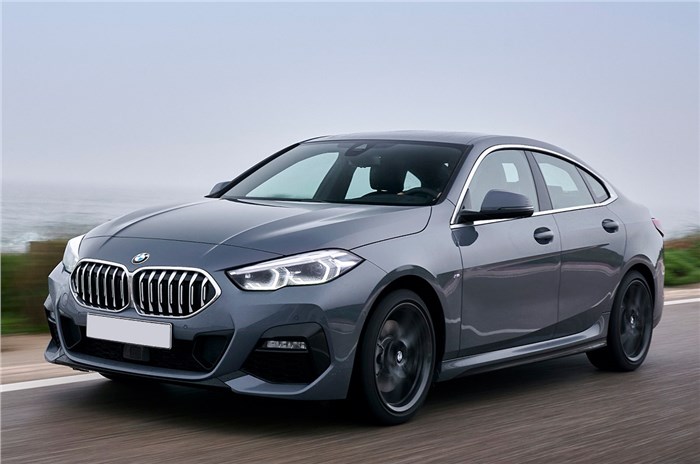 The BMW 2 Series Gran Coupe is now available in a new entry level 220i Sport petrol trim. Priced at Rs 37.90 lakh (ex-showroom), the 220i Sport costs about Rs 3 lakh less than the fully-loaded 220i M Sport but misses out on some of the equipment.

Starting with the exterior, the 220i Sport lacks the sportier design bits available on the 220i M Sport variant and sits on smaller 17-inch alloy wheels compared to the latter’s 18-inchers.

Inside, a notable absence is the 10.25-inch digital instrument cluster and touchscreen. Unlike the petrol 220i M Sport, the 220i Sport gets conventional analogue dials in place of a digital display and a smaller 8.8-inch touchscreen though it retains the voice assistant. The smaller touchscreen also misses out on the 3D maps function available with the navigation system on the 10.25-inch unit. An interesting point to note is that the entry-level diesel 220d Sportline does get the twin 10.25-inch displays. The 220i Sport also gets a unique trim insert on the dashboard and a different steering wheel from the M Sport variant.

The 220i Sport also misses out on bits such as LED foglamps, a wireless phone charger, 205W Hi-Fi audio system and gesture control available on the 220i M Sport though it does get kit such as a panoramic sunroof, dual-zone climate control, LED headlamps, ambient lighting, cruise control, paddle shifters, powered front seats, rear view camera, six airbags, ABS, ESC and traction control.

BMW 220i Sport: Engine and Gearbox

Like with the 220i M Sport that launched earlier this year, the 220i Sport is powered by a 190hp, 2.0-litre turbo-petrol engine paired with a 7-speed dual-clutch automatic gearbox. BMW claims a 0-100kph sprint time of 7.1 seconds for the petrol four-door coupe.

The 2 Series Gran Coupe will rival the upcoming Mercedes-Benz A-class Limousine set to launch in India tomorrow. Another rival to the BMW will be the new Audi A3 which is expected to arrive later in the year.

BMW to take radical new approach to EVs from 2025 onwards