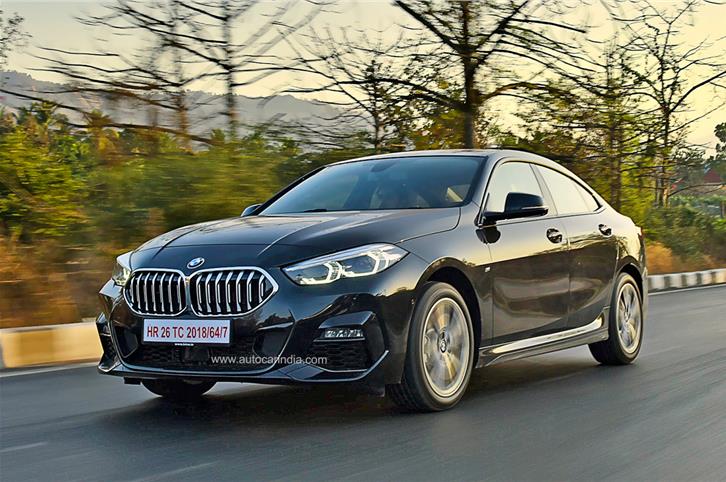 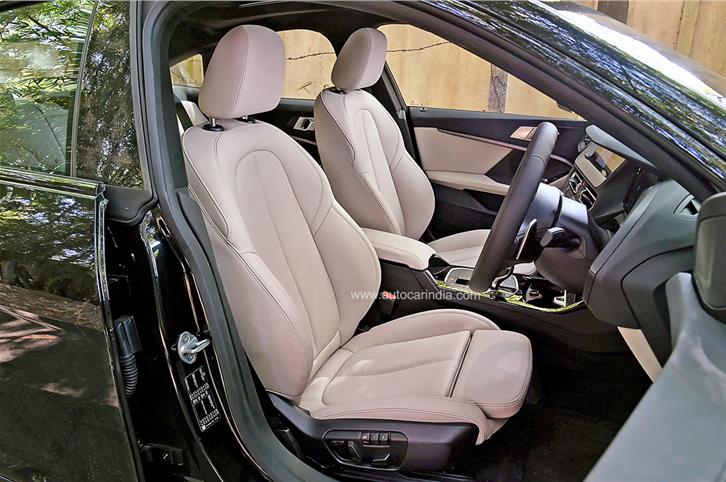 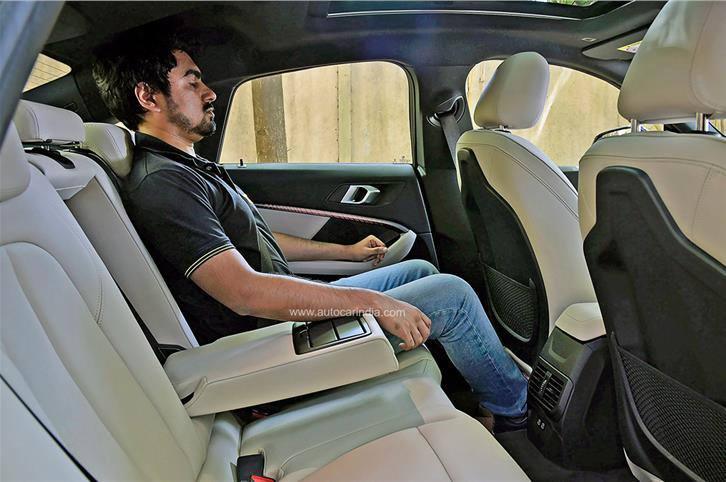 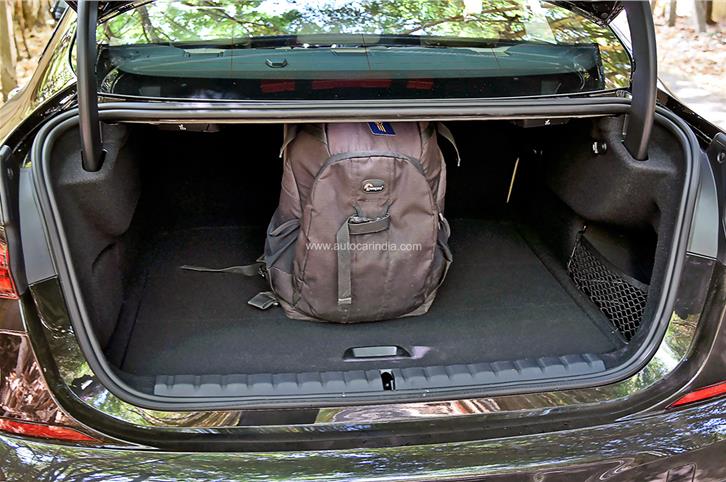 For the longest time, the 3 Series represented the entry point for buyers into the luxury sedan space from the BMW stable in India. Now, buyers have a fresher, a more stylish and a more youthful option in the shape of the 2 Series Gran Coupe. Priced between Rs 40.40 and 42.30 lakh, the 2 Series Gran Coupe is available with a diesel engine in the ‘220d’ guise alongside a turbo-petrol engine in the ‘220i’ guise, the latter being the focus of this review. 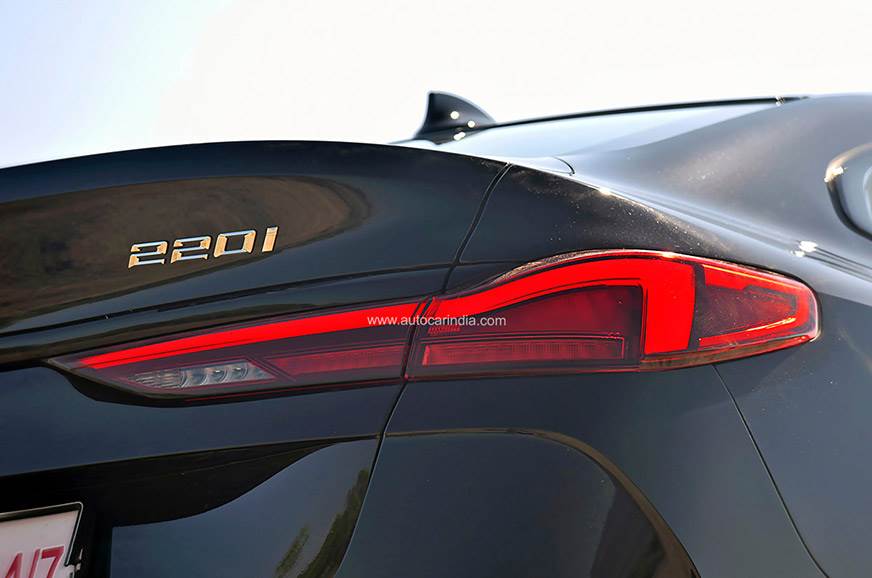 Having a coupe-like silhouette, aggressive design elements, and frameless windows all around, the 2 Series is squarely aimed to appeal to a younger set of buyers. It is nearly 200mm shorter than the 3 Series in length, so it is relatively compact, making it ideal for buyers looking for something premium yet of a manageable size for dense urban areas. And that compactness is filtered on the insides too. While the design, layout and several bits of the cabin are shared with several modern BMWs, hence quality levels and fit-finish being top-notch, space however is not its strengths. The front seats have plenty of adjustment and this M Sport version also offers adjustable side bolstering, however, those with larger body frames will find these a snug fit. And while the upright backrest angle of the rear seats isn’t much of a concern, the lack of headroom for rear occupants certainly is, and coupled with a small rear glass area, the back seat experience is quite cramped and claustrophobic. 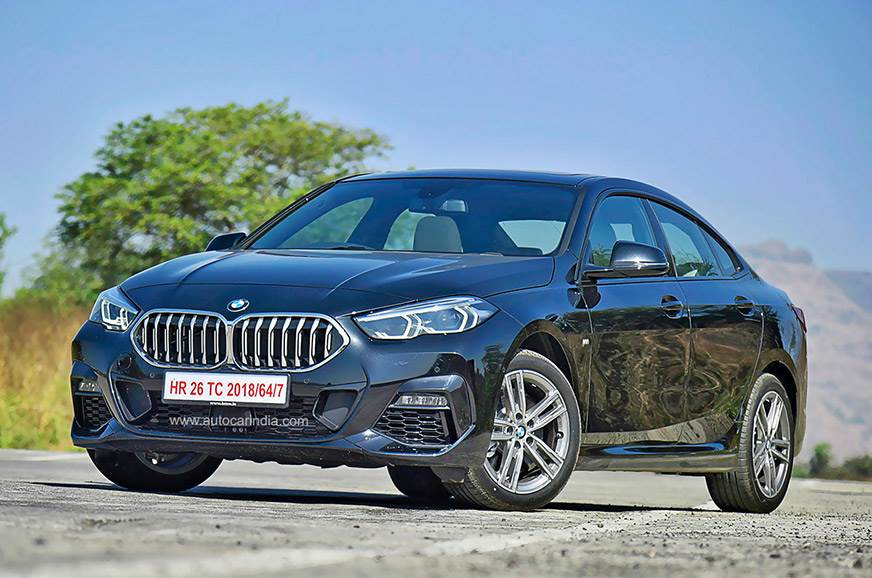 The 2 Series Gran Coupe is meant to appeal to younger, urban buyers.

The 220i is available only in the M Sport variant hence it is generously equipped with kit like a panoramic sunroof, auto LED lights, 17-inch alloys, 2-zone climate control, wireless charging, gesture controls for the 10.25-inch touchscreen infotainment system, paddle-shifters, wireless Apple CarPlay and more. 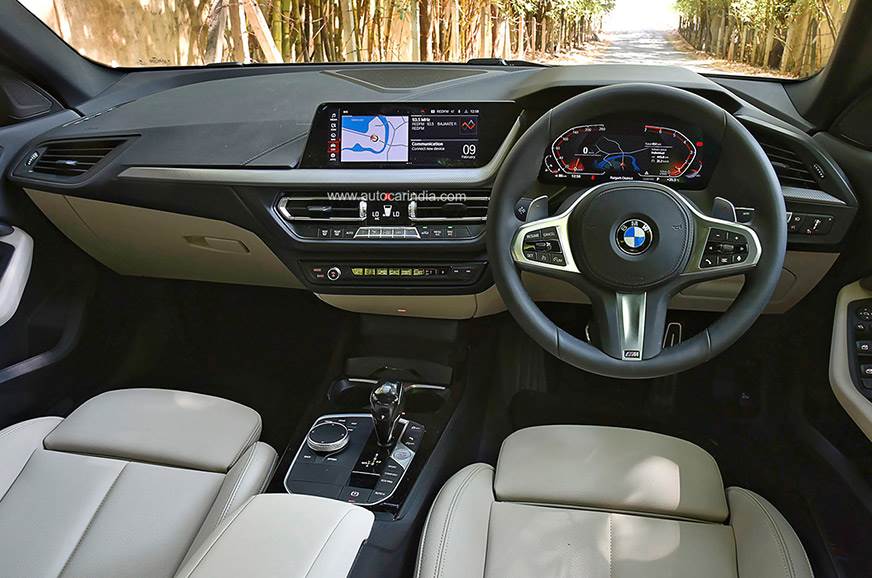 The 220i is only available in top-spec M Sport form and gets all the bells and whistles.

The 2 Series Gran Coupe is based on the UKL modular platform, so this BMW shares its underpinnings with the BMW X1 and all the models from Mini. The bigger talking point however is that this is the first BMW sedan in India to be available as a front-wheel drive, and while purists will scoff at the idea of a non-rear-wheel drive BMW, there’s a lot to like about the way this car drives (more on that in a bit).

Shared with the larger 330i sedan, the B48 2.0-litre turbocharged petrol engine powers the 220i, but unlike the 330i’s tune of 258hp/400Nm, this engine in the 220i makes 190hp and 280Nm of torque. And transmitting power to the front wheels of the 220i is a 7-speed dual-clutch automatic transmission; the same configuration as the BMW X1 petrol. 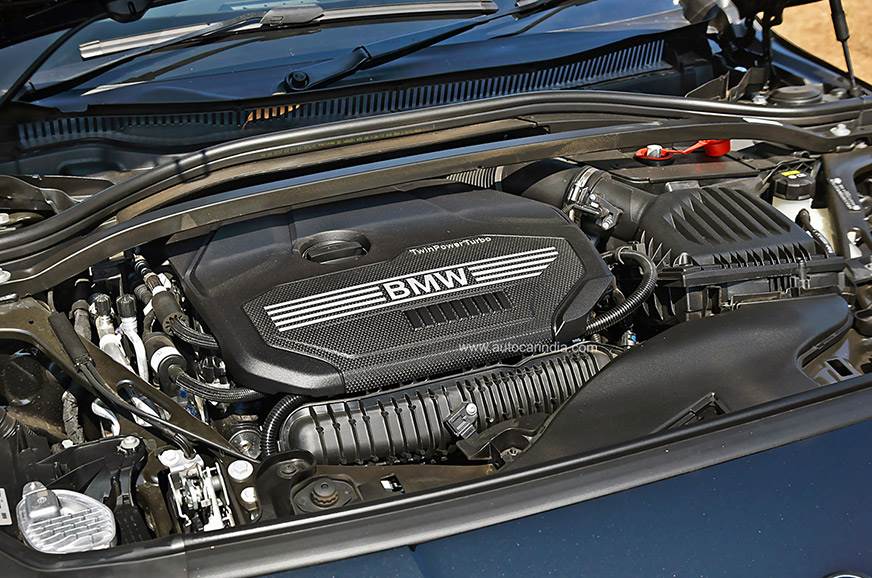 On comparing the specs of the 220i and 220d on paper, both these make 190hp, but the petrol makes 120Nm of torque lesser than the diesel, clearly tilting the balance in favour of the diesel. However, the 220i feels just as responsive to tap as the diesel, if not more, and with a linear yet a relentless delivery of power from a little over idling revs till its redline, this turbo petrol is an eager performer. What’s more is that it is smooth and refined, and because of its free-revving character, it will spin till 6,800rpm with ease. And complementing this engine is its dual-clutch automatic gearbox that seamlessly upshifts and keeps the engine spinning optimally. Put your foot down however, and you will catch the dual-clutch transmissions off-guard, so there is a momentary pause before the gearbox reacts and downshifts to get going. You will find yourself reaching out to the steering-mounted paddles often to drop down ratios, especially when driving in an enthusiastic manner or in a hurry. 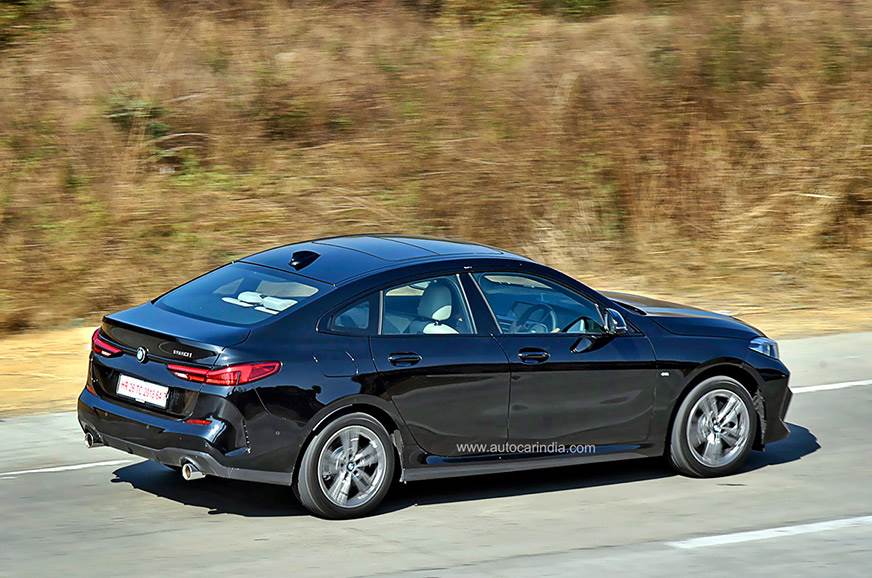 Despite the difference in output figures, the 220i is as quick as its diesel counterpart.

The 220i M Sport gets three drive modes – Comfort being the default setting; Eco Pro is the most efficient mode where the engine coasts in neutral at steady speeds when you lift your foot off the accelerator to reduce fuel consumption; in Sport mode it will hold onto lower gears a lot longer for brisker acceleration and crisper throttle responses. A sportier exhaust note is sorely missed at least in the sportiest drive mode (like the 330i’s Sport Plus mode) which would have added a higher degree of aural drama for the driving enthusiasts. 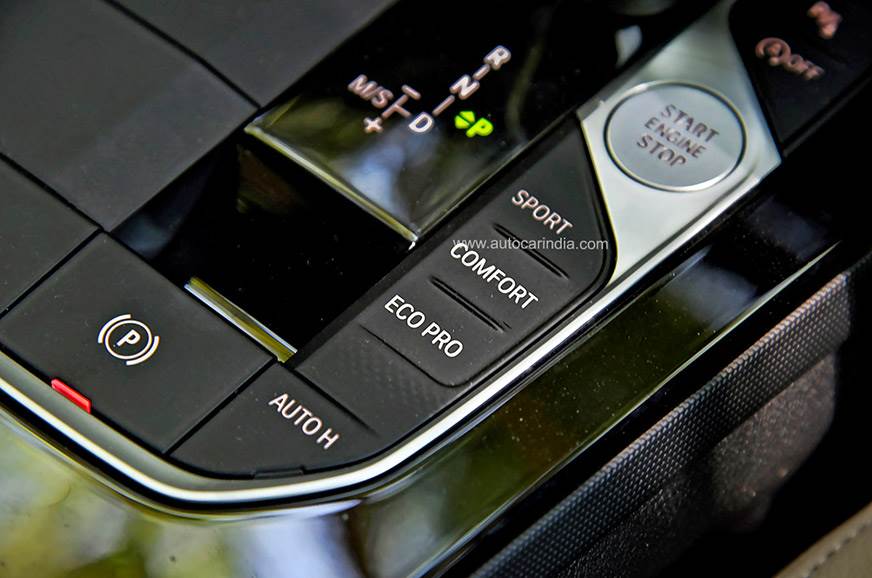 Equipped with launch control, BMW claims a 0-100kph time of 7.1 seconds, however, with a significant amount of wheel spin in the first two gears, the best time we achieved was 7.39 seconds, identical to the 220d’s timing. Rolling acceleration times from 20-80kph and 40-100kph too were identical to its stronger diesel counterpart.

A stickier set of tyres will not only contain the wheel spin better and improve its acceleration timings, but these will also allow drivers to exploit its taut chassis’ full potential, as the current tyres protest and give up too easily. And while on the topic of dynamics, its steering feels direct, the turn-in is sharp, and you can point it into corners with a high degree of confidence and next to zero body roll. Its darty nature paired to its high-revving, strong engine makes the 220i pretty exciting to drive. Lastly, as with the case of the 220d diesel however, road and tyre noise are quite intrusive while on the move, something that’s not expected in a car of this price. 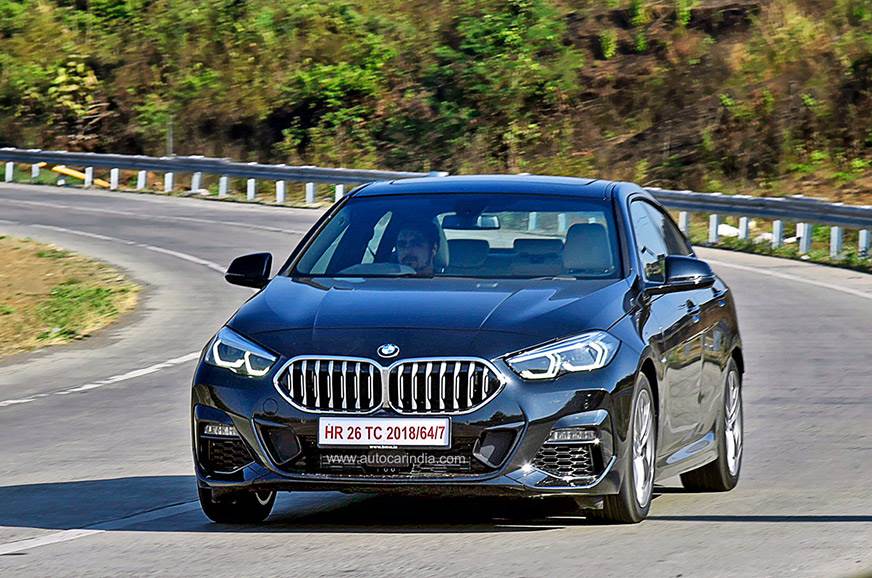 Tyres play spoiler on what is otherwise a great handling package.

And finally we address the elephant in the room – its pricing, at Rs 40.90 lakh for the 220i M Sport version it doesn’t spell as good value as the more rounded and more powerful BMW 330i which is a mere Rs 1.50 lakh more expensive. But the 2 Series’ appeal lies in its snazzy styling, its compact dimensions and its fun-to-drive character. That the turbo-petrol version is smooth, quick and a bit more affordable than its own diesel counterpart only strengthens the 220i’s case further. 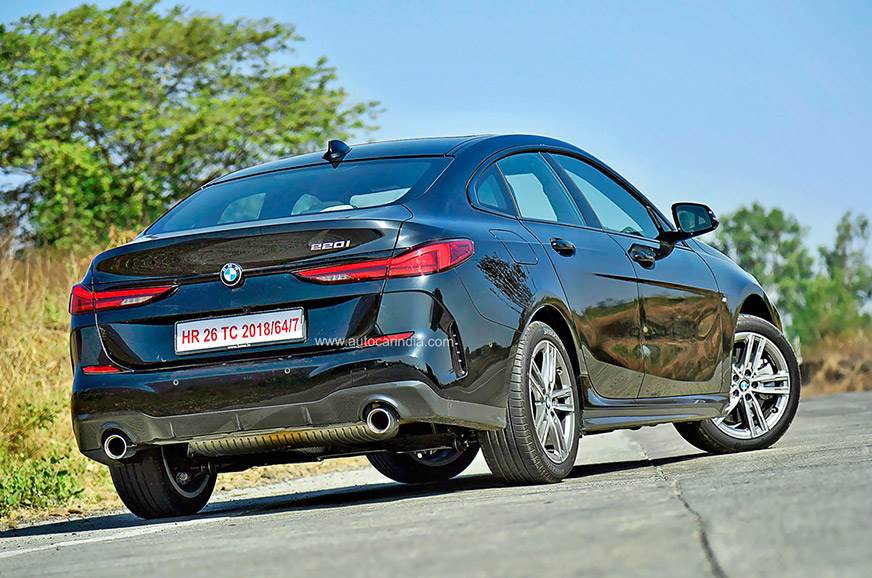 The 220i Gran Coupe will appeal to those looking for a snazzy, compact and fun-to-drive car.