Refreshed Bentayga gets updated styling; will get better infotainment system as well. 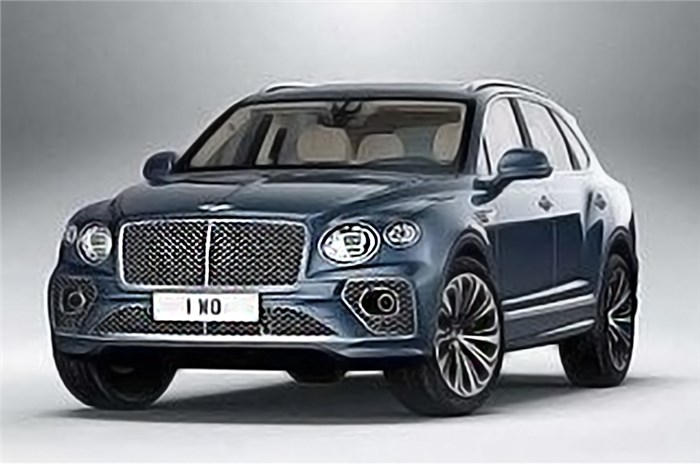 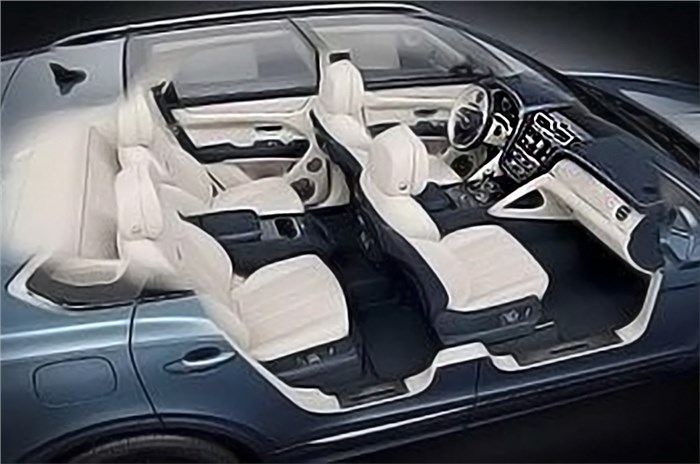 Bentley will unveil the mid-life update for its popular Bentayga SUV soon.  This update will bring the SUV more in-line with the brand's current line-up, as far as overall styling and features go. A first set of images that surfaced online appear to have been taken from a launch brochure, partly revealing the Bentayga's refreshed styling and new-look interior.

Upfront, the Bentayga retains its prominent grille but receives a reconfigured headlight design to match that of the Continental and Flying Spur – both of which were launched after the Bentayga arrived in 2016. It also gets a reshaped bumper, replete with more chrome, along with newly styled lower air intakes topped with the same mesh design as the grille.

The rear end design has not been leaked, but previously spotted test mules showed that the brake lights have been reshaped and expanded, while the current model's deep number plate recess looks to have been brought forward.

Changes to the interior look to be similarly subtle. The new images show off a new centre console design and reshaped instrument cluster, but more significant is the removal of physical buttons at the side of the infotainment screen.

The current car's infotainment system is often criticised for feeling out of date next to cheaper siblings from Audi and Porsche, so the latest system from the Continental GT and Flying Spur looks to have been introduced, while the range of active safety technology should advance.

The flagship W12 engine is expected to receive upgrades to boost efficiency, but don't expect anything dramatic across the rest of the range. The V8 is relatively new, too, while the six-cylinder plug-in hybrid model still isn't on sale after a lengthy delay.

Questions remain over the diesel model, which was officially axed from the firm's line-up in 2018. A change in attitude towards the fuel was blamed for its removal back then, but since then sister brand Audi has introduced several large capacity S-badged diesel models to its range.

Expect more details on the refreshed Bentayga to surface in the coming weeks.