High on style T-Roc will come to India, albeit as a fully imported, low-volume model. 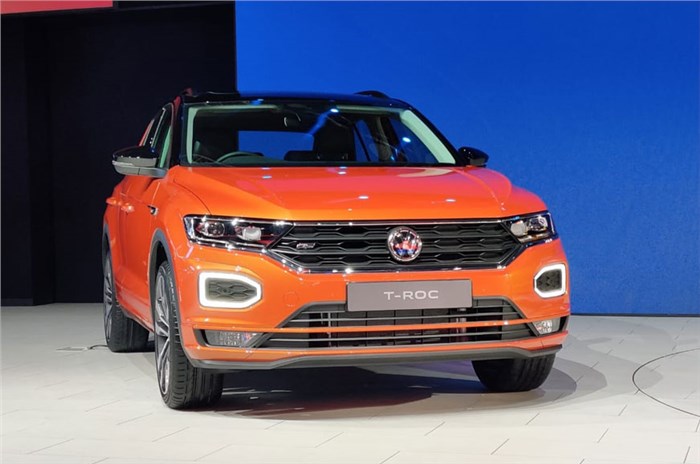 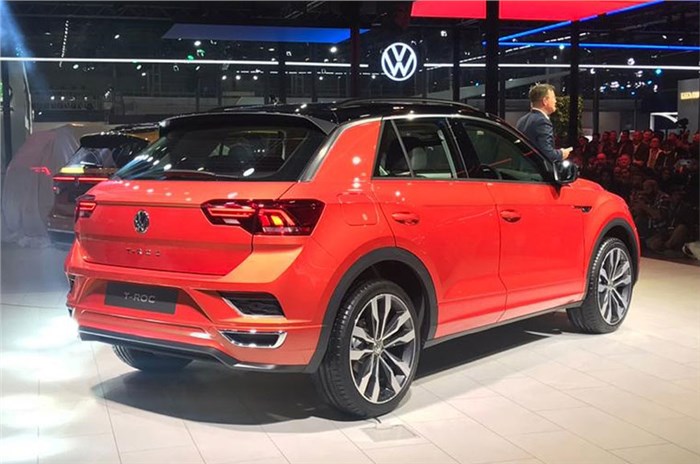 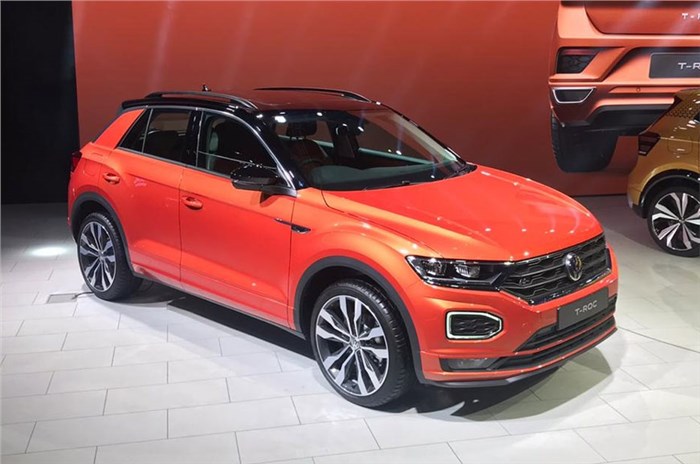 Volkswagen is charting an SUV offensive for India and the T-Roc on display at Auto Expo 2020 is an integral part of the plan. To be brought in as a full import, the T-Roc will be launched in mid-2020. The idea is to generate buzz about VW’s SUVs before the made-for-India, mid-sized model comes in 2021. In fact Volkswagen India has begun accepting bookings for the T-Roc.

Built on the VW Group’s hugely flexible MQB platform, the 4.2m T-Roc sits below the Tiguan in the Volkswagen SUV universe. But what’s easy to tell is that this is an SUV that’s big on style. Broad shoulders, large wheel arches and a sloping rear windscreen give it a strong visual identity, while a contrast roof adds further distinction to the look. Detailing is sharp too and on the whole, the T-Roc is a departure from the safe styling VW SUVs are known for. The T-Roc for India is likely to get a raised suspension, thereby increasing its ground clearance.

The T-Roc is about the size of a Hyundai Creta and passenger room is similar too. Bright trim helps liven up the T-Roc’s cabin but there’s no escaping that you are sitting in a Volkswagen. The dashboard is fairly conventional in look, with a touchscreen infotainment system taking pride of place at the centre. The 8.0-inch touchscreen infotainment system aside, the T-Roc will get automatic climate control, wireless charging and an in-car connectivity suite. Safety kit is expected to be similar to the international model – six airbags, ABS with EBD, rear parking camera, lane assist, a blind spot monitor and adaptive cruise control will be standard.

The T-Roc for India will be imported with a 1.5-litre, four-cylinder, turbo-petrol engine that is mated to a 7-speed, dual-clutch automatic transmission. A maximum of 150hp and 250Nm of torque promises the go to match the T-Roc’s show.

Given that the T-Roc will be brought in as a CBU or full import, it will be a whole lot pricier than like-sized SUVs. Expect prices to be around Rs 23 lakh. It’s got the style and we can’t wait to see if it has the substance too.