The latest creation from Aston’s Q Commission division combines One-77 and Vulcan underpinnings. 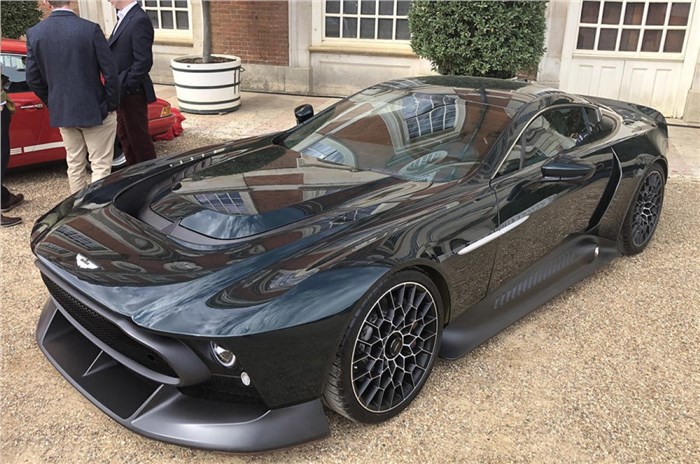 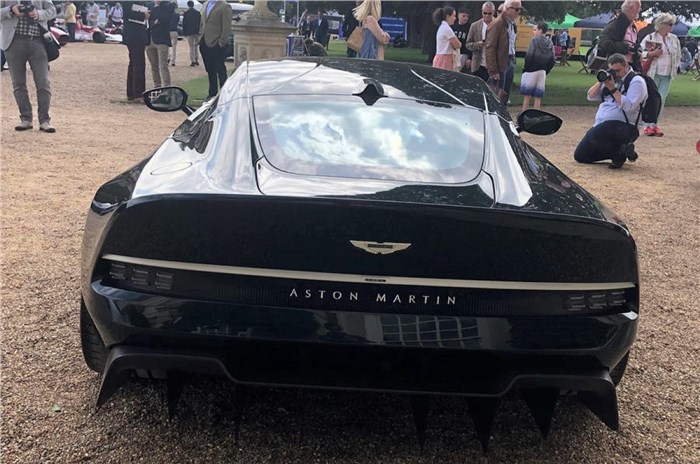 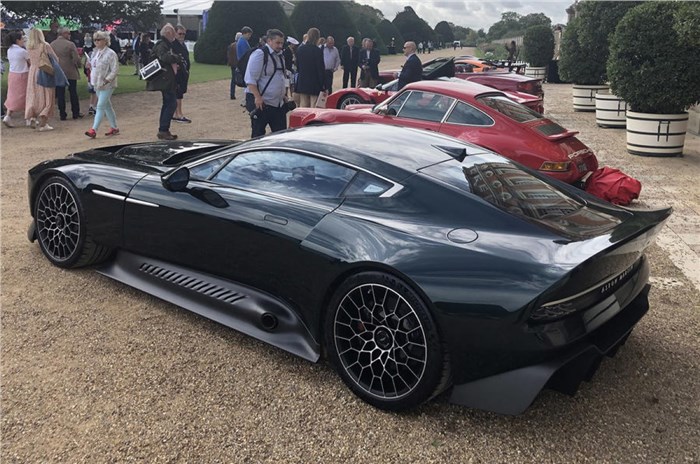 The Aston Martin Victor has been revealed by the British firm’s bespoke Q Commission division. The one-off supercar combines elements of the One-77 and track-only Vulcan.

What was the inspiration behind the Victor?

The car began life as a One-77 prototype and has been significantly overhauled over an 18-month period. It features extensive use of carbon-fibre, with the chassis weighing less than the original One-77’s.

The team used Aston’s muscle car era for design inspiration, specifically the 1980s Vantage, and worked closely with the customer to develop the entirely bespoke body. It borrows elements from current Aston Martin models, including the tail-lights from the upcoming Valkyrie, and vents found in the DBX SUV.

Inside, cashmere, polished titanium, and walnut wood contrast with leather-finished racing bucket seats and 4-point harnesses, along with exposed carbon-fibre. The Victor’s motorsport-derived steering wheel is like the one seen on the Vulcan.

What’s under the skin of the Victor?

The Victor is the most powerful road-legal, naturally aspirated car Aston Martin has ever produced. The One-77’s 7.3-litre V12 powerplant was stripped and rebuilt by Cosworth, with power raised from 760hp to 848hp, and it is mated to a 6-speed manual transmission with a bespoke motorsport clutch.

It uses the same inboard springs and dampers as the track-only Vulcan and is fitted with Brembo carbon-ceramic brakes that Aston claims can deliver braking capability on par with a GT3 race car.

An aerodynamically optimised front splitter and rear diffuser together produce 842Nm of downforce at 160kph, which is more than a race-prepared Vantage GT4.

What’s the story behind the name?

According to an Aston Martin representative, the Pentland Green paint dried mere hours before the car made its public debut at the Concours of Elegance at Hampton Court Palace.

It was unveiled to commemorate the 70th anniversary of the Vantage name and named Victor after Victor Gauntlett, the man widely credited for reviving Aston's fortunes in the early 1980s. The car's owner, a Belgian collector, hasn't been named.