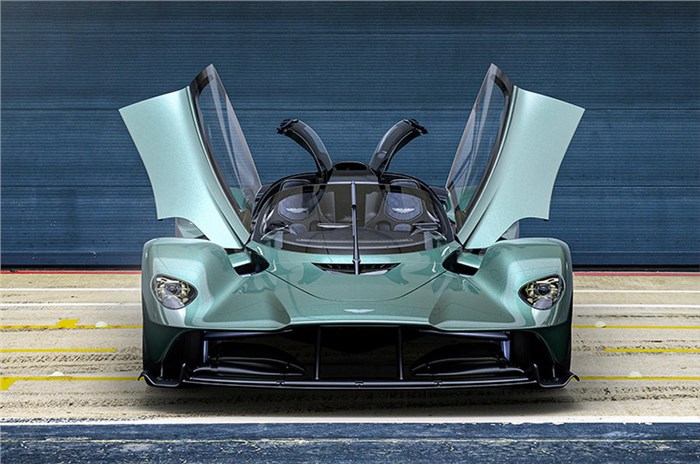 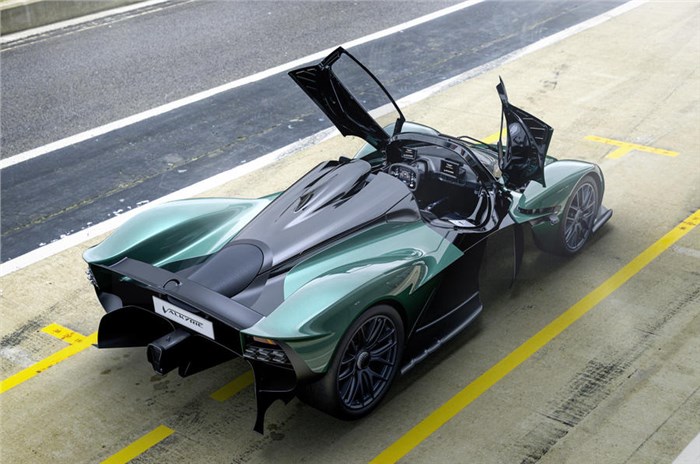 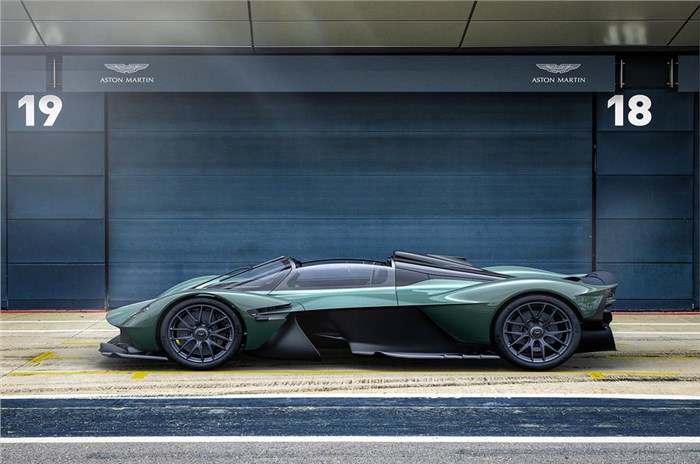 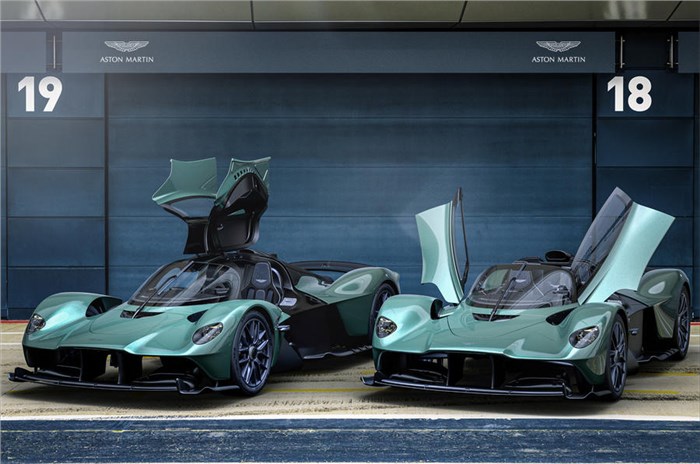 British supercar maker Aston Martin has taken the wraps off the Valkyrie Spider. The new open-top version of Aston Martin's Valkyrie hypercar is said to give "the most comparable experience to that of a Formula 1 car not limited to the track".

Revealed at the Pebble Beach Concours d'Elegance as part of Monterey Car Week in California, USA, the Aston Martin Valkyrie Spider is limited to just 85 examples, a build run that the firm says is already "oversubscribed" ahead of customer deliveries beginning in mid-2022. Both right and left-hand-drive models will be available.

The Spider is the third derivative of the Valkyrie to be shown, following the near-ready Valkyrie coupé and the track-only AMR Pro coupé. The Spider represents a unique opportunity for a new open-roof, combustion-engined hypercar, as the Valkyrie's closest rivals, the McLaren Speedtail and Mercedes-AMG One, are sold as coupés only.

Power output from the Cosworth-developed, hybridised 6.5-litre V12 is unchanged, at 1139hp, and revisions to the hypercar's carbonfibre tub and aerodynamics package ensure the Spider is closely matched to the hard-top in performance terms.

The active aerodynamics and chassis elements have been recalibrated to suit the car's new shape, while the weight penalty – usually a pitfall of convertible models – is kept to a minimum by use of a removable carbonfibre roof section and polycarbonate roof windows.

The most significant modification on the Spider is the replacement of the Valkyrie's gullwing-style centre-hinged doors with front-hinged scissor doors - a first for Aston Martin. With these modifications in place, Aston Martin claims "just a marginal" weight difference and says the Spider will top out at more than 349kph (217mph), or 330kph (205mph) with the roof off.

The British firm has yet to build and test a physical prototype but says that development is "well under way", courtesy of its "powerful simulation tools". Aston Martin CEO Tobias Moers said the Spider takes the Valkyrie's "passion and emotion to the next level" and that he "can't wait to hear" the mid-mounted engine revving to its 11,000rpm redline with the roof removed.

Aston Martin’s model line-up in India includes the DB11 and the Vantage supercars. The British brand’s most recent launch here was the DBX, which is the first ever Aston Martin SUV and is priced from Rs 3.82 crore (ex-showroom).