The electric EV concept is expected to have a range of 483km and a 0-100kph time of under five seconds. 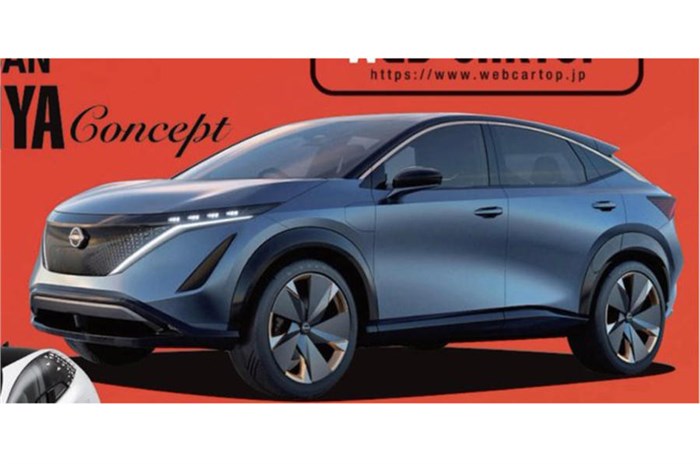 The Nissan Ariya Concept will be revealed at the 2019 Tokyo motor show according to Japanese media, although details of the all-electric SUV remain scarce.

The only image published so far suggests that the car is based on the IMx and IMQ concepts that have previously been shown. It is tipped to go into production in 2021.

However, the report suggests that it has the footprint of the Nissan X-Trail but substantially more interior space, suggesting it will initially be targeted primarily at the Chinese and American markets. It also suggests that the car is based on a platform larger than the Nissan Leaf's, although earlier information had suggested Nissan's next electric car would be based around the concept of a Leaf SUV.

The car is expected to get a next-generation version of Nissan's ProPilot technology, which offers driver assistance in certain situations. No performance stats have been revealed, although reports again suggest that it will deliver more than 483km of range and be capable of 0-100kph in less than five seconds.

More information is expected to be revealed at tomorrow's Tokyo motor show.