2021 SsangYong Rexton G4 facelift to be revealed on November 2

A number of cosmetic changes mark the Rexton facelift apart; may get a turbo-petrol engine option from Mahindra’s mStallion range. 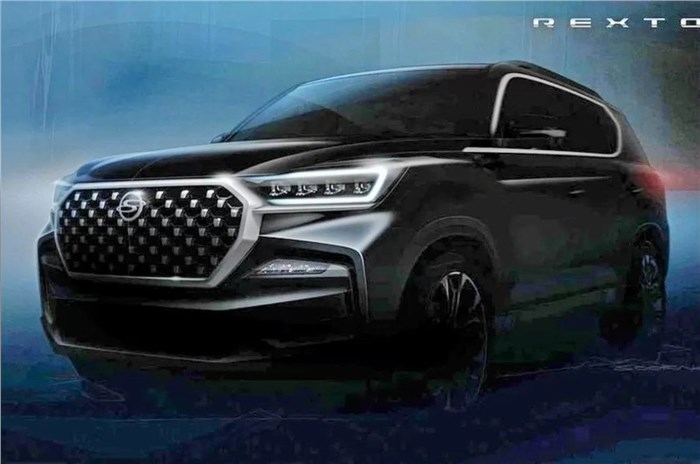 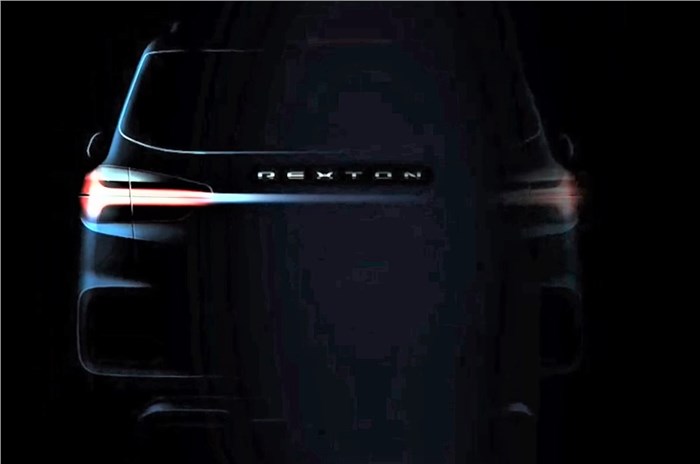 The 2021 SsangYong Rexton G4 facelift is set to make its official debut on November 2, 2020. Images teasing the refreshed model have been released, showing that updates to the Rexton are more significant than the mild nip and tuck it received just last year. This is the second update to the current Rexton G4 – tweaked for India and on sale as the Mahindra Alturas G4 – since it was unveiled in 2017.

From the teaser images, we can see that the Rexton G4 will get a large, chrome-lined octagonal grille, slimmer LED headlight units with LED DRLs, a revised front bumper and new alloy wheels. The overall design is also sharper – the edges and creases are more pronounced, which add a degree of sportiness to the SUV.

At the rear, the overall shape of the tailgate is retained, though the thinner T-shaped LED tail-lights are new. The position of the Rexton badge has also moved higher up to just under the rear windscreen.

How much will change on the inside of the Rexton facelift is still unknown, though differences are likely to be on the subtle side. In addition, the current 2.2-litre diesel engine, which makes 187hp and 422Nm of peak torque, is also expected to continue unchanged.

However, we’ll have to wait for the Korean brand to reveal more in the coming days.

When is the Mahindra Alturas G4 facelift due?

The Mahindra Alturas G4 is, in essence, a revised-for-India version of the SsangYong Rexton G4. While its Korean cousin may have benefited from two facelifts since it first arrived on the scene, the Alturas G4, which had first launched in India in November 2018, has yet to receive one.

It was just in April 2020 that the model was upgraded to BS6 norms, which saw Alturas G4 prices increased by about Rs 1 lakh. Mahindra’s rival to the Toyota Fortuner, Ford Endeavour and MG Gloster is currently priced between Rs 28.73-31.73 lakh (ex-showroom, Delhi).

While a facelift for the Mahindra Alturas G4 is unlikely to arrive in the near future, the company is working on launching the next-gen XUV500 by March 2021.