Honda claims the 10th-gen Civic received as many pre-bookings in 20 days as 2 months of sales volume for the entire executive sedan segment; launched at Rs 17.70 lakh. 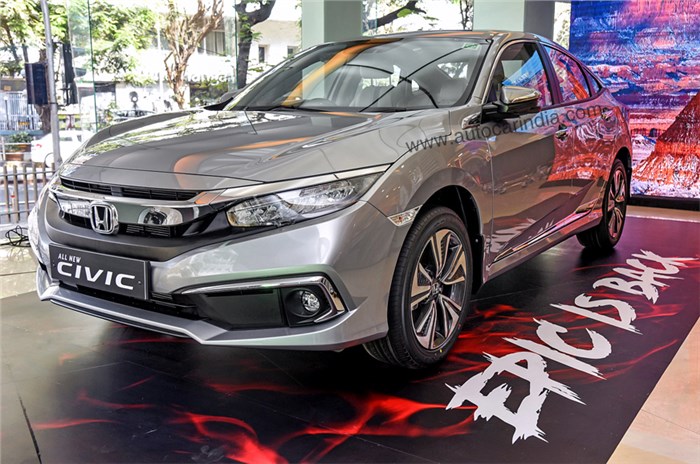 At the launch of the all-new Honda Civic, the Japanese company announced that its new executive sedan has received 1,100 bookings in 20 days. Honda claims that its “booking numbers in 20 days are equivalent to two months of total segment sales volume.”

The new Civic is available with two engine-gearbox options – a 141hp, 1.8-litre petrol motor mated to a CVT automatic gearbox and a 120hp, 1.6-litre diesel mill paired to a 6-speed manual transmission. Based on reports from Honda dealerships, demand for its petrol models has been significantly higher – which could be attributed to the fact that a decent number of bookings for the new Civic are from owners of the previous-gen model, which was only sold with a petrol engine. In addition, as there is no automatic option with the diesel engine, its demand is lower.

The numbers show that there is significant interest for the 10th-generation Honda Civic. However, Honda has priced its new executive sedan at a premium compared to its competition, costing between Rs 17.70 and 22.30 lakh (ex-showroom, pan-India). It will be interesting to see how this price point will affect the number of bookings now that the prices have been announced.