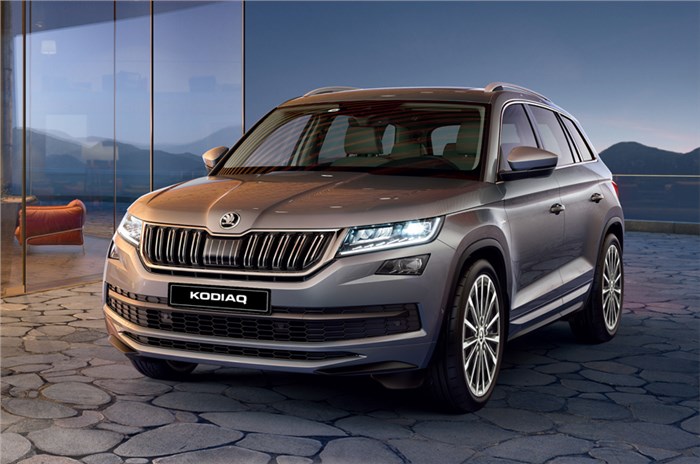 Having revealed it first at the Geneva motor show earlier this year, Skoda has now launched the range-topping Laurin & Klement (L&K) variant of the Kodiaq SUV in India at an introductory price of Rs 35.99 lakh (ex-showroom, India).

The biggest additions are on the inside, where the Kodiaq L&K becomes the first Skoda model in India to get the Virtual Cockpit system. A large digital screen replaces the analogue instrument cluster, and apart from displaying speed and range, can also double up as a display for navigation. Also standard on the Kodiaq L&K is a 360-degree surround view system, enabled by four wide-angle cameras placed at the front, back and on the ORVMs. These new features aside, the Kodiaq L&K also gets piano black interior trim, L&K logos stitched into the seats and aluminium pedals.

Mechanically, the L&K variant is identical to the standard Kodiaq, so you get a 2.0-litre diesel engine making 150hp and 340Nm of torque, and sending that power to all four wheels is a seven-speed, dual-clutch automatic gearbox.

At this price, the Kodiaq L&K costs a little over Rs 2 lakh more than the Style variant.