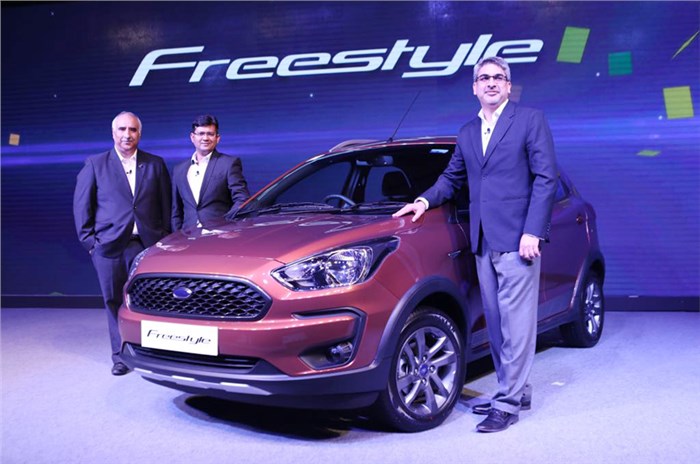 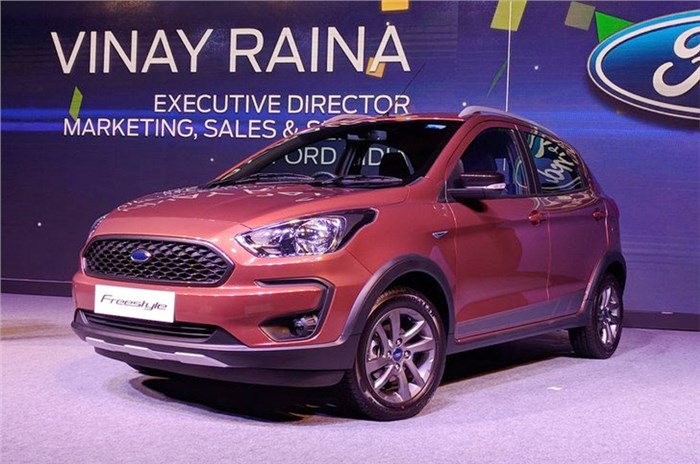 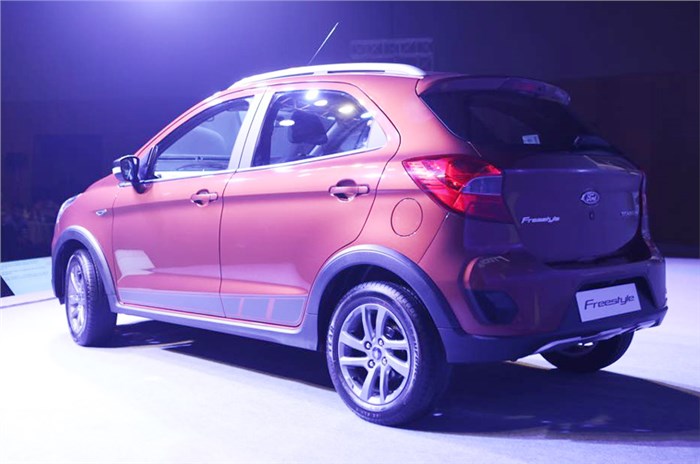 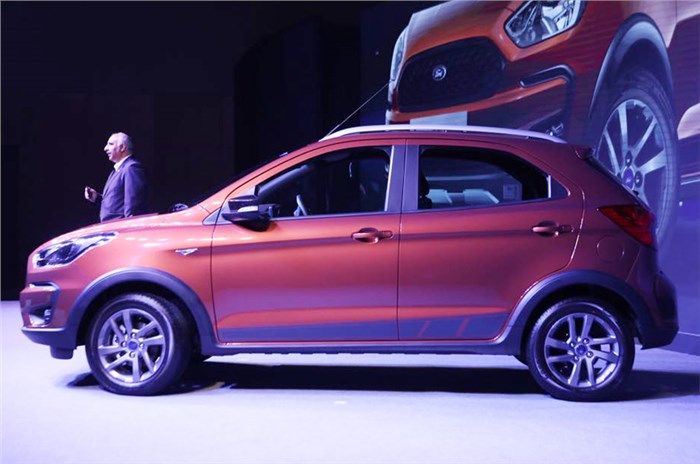 Ford has taken the covers off the new Freestyle, its Figo-based crossover. Exterior changes include a new bonnet, grille, skid plate, alloys and blacked-out headlights.

The Freestyle has more ground clearance than the regular Figo hatchback – 15mm more, to be exact – and a wider track. It also features things you'd expect to see on a cross-hatch, such as roof rails, extra body cladding and it rides on bigger, wider 185/60 R15 wheels.

Inside, the big attraction is a new 6.5-inch touchscreen infotainment system with Ford Sync 3. The top trims will also get six airbags.

The Freestyle is also debuting Ford’s brand new engine - a 1.2-litre, three-cylinder petrol from the Dragon engine family. It makes 96hp and 120Nm, making it the most powerful engine in its class. The 1.2 is paired to a new five-speed gearbox from Getrag. The 100hp, 1.5-litre TDCi diesel will also be available and a petrol-automatic variant should arrive in due course.

Additionally, the Freestyle's steering and suspension set-up is different from the Figo's - the steering has been made lighter for low speed driving and the suspension has been tuned for a plusher ride.

The Freestyle will be launched around April this year and will likely be priced a little higher than the Toyota Etios Cross, which ranges from Rs 6.4 - 7.9 lakh (ex-showroom, Delhi).

Ford is also planning to focus on service and after-sales this year. Ford India President and MD Anurag Mehrotra said that they plan to inaugurate a new touch point every two weeks to enhance accessibility from the current 350 authorised workshops.