Ford is readying a Figo-based cross-hatchback, likely to be called the Freestyle. Here’s what you need to know about it. 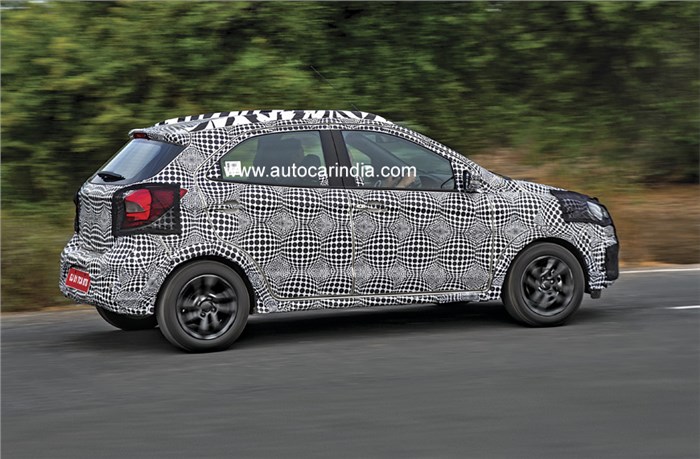 It’s no longer secret that Ford is working on a derivative of the Figo hatchback, a cross-hatchback to be precise. Photos of pre-production cars have leaked online and there’s speculation about specifications too. However, you can cut through the noise and get authentic information about the exciting new car and what to expect right here. After all, we are the only ones to have driven a prototype of the car, with camouflage and all, months before its market launch. So without further ado, here’s what you need to know about the upcoming Ford.

Will it just be a jazzed-up Figo?
The new Ford will sport a new bonnet, grille and headlights that will make it to the Figo and Aspire in some time too. However, in true crossover fashion, the new Ford will boast higher ground clearance than the regular Figo hatchback – 15mm more to be precise – as well as a wider track. It will also get the appropriate cosmetic treatment, namely roof rails and more body cladding, and ride on larger, wider 185/60 R15 wheels.

What about the cabin?
The cabin incorporates small but significant changes vis-a-vis the current Figo. Taking centrestage on the revised dashboard is a touchscreen infotainment system. Interestingly, all versions of the car will get touchscreens – 6-inch units on lower variants and 8-inch units with Ford Sync 3 on top-spec variants. And top versions will also get six airbags.

And the engines?
A talking point of the new Ford will be its petrol engine. The model, after all, will be the launch vehicle for Ford’s brand-new powertrain - a 1.2-litre three-cylinder petrol engine, from Ford’s Dragon engine family. The engine makes 95hp and 115Nm, giving it the best specific output among naturally-aspirated 1.2-litre engines in the class. Equally importantly, the engine will come mated to a new gearbox from Getrag, in place of the IB5 unit that has been a part of multiple Ford models in India since the time of the Ikon.

Anything else?
There’s more. The new Ford also features a steering and suspension set-up different from the Figo hatchback. The steering has been made lighter at low speeds and the ride has been enhanced too to become more absorbent.

And lastly, the new model could be called the Ford Freestyle, though Ford is yet to reveal the name officially.

We’ve already driven this car extensively, and we have to say, we liked it. First impressions: this is a Ford you want to wait for. You can read all about that in the January 2018 issue of Autocar India, out on stands now.