The 911 GT3 is powered by a naturally aspirated, 4.0-litre, flat-six that produces 500hp and 460Nm; manual and automatic options are available. 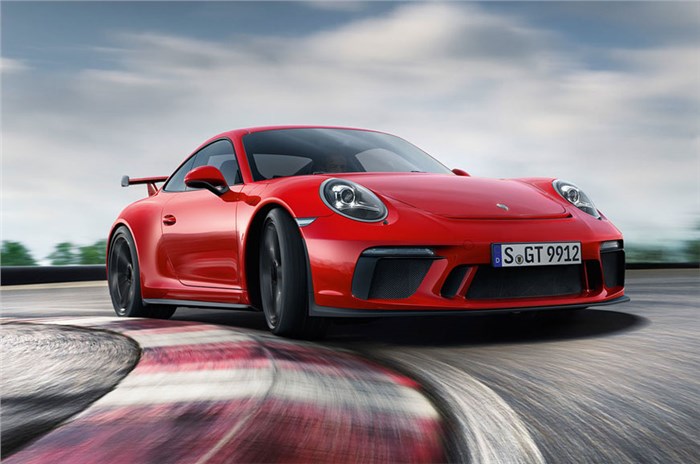 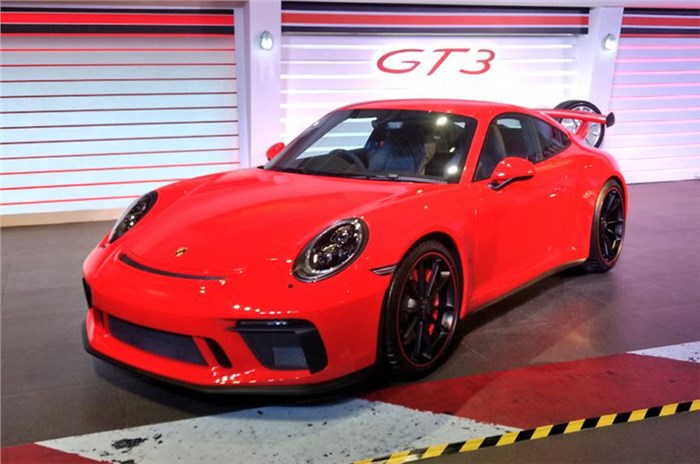 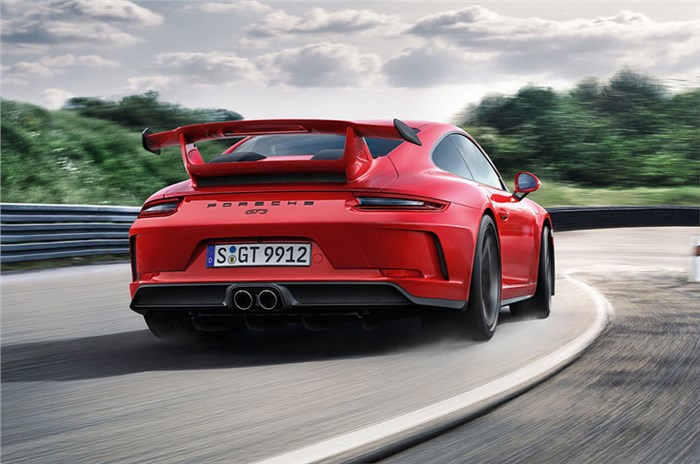 Porsche has launched a more driver-focused version of its 911, the GT3, at Rs 2.31 crore (ex-showroom, India). Unlike the standard 911 range, the 911 GT3 use a naturally aspirated motor, like the one found on the more hardcore GT3 RS, and comes with a raft of body and suspension modifications to make it more focused than the 911 Carrera or the Turbo S. However, it is not as hardcore as its GT3 RS- or GT2-badged brethren sold in international markets, making it more usable in day-to-day situations.

Power comes from a new 4.0-litre flat-six engine mounted in the rear, which produces 500hp and 460Nm of peak torque. Porsche offers a seven-speed dual-clutch automatic and a six-speed manual transmission. Unlike the 911 Turbo, the 911 GT3 is only rear-wheel drive.

On the outside, the 911 GT3 differentiates itself by sporting unique front and rear bumpers, unique intake scoops on the engine cover, a large fixed rear wing and more carbon-fibre bits on the bonnet and wings to reduce weight.

The driver-focused Porsche also features an optional Club Sport package. The package includes a roll cage, a six-point racing harness, a fire extinguisher and other equipment to make it track-ready. While the standard Alacantara leather-finished seats feature 18-way adjustability, the full bucket seats are made out of carbon-fibre reinforced plastic (CRPF).

The 911 GT3 comes standard with Porsche Communication Management infotainment system and the Connect PlusModule that enables smartphone connectivity that is compatible with Android Auto and Apple CarPlay.

In order to serve as a track-day tool, the Track Precision app that also comes as standard records and delivers all sorts of vital information to the driver that can be analysed for better track times.

However, its everyday usability has also been enhanced thanks to the optional pneumatic lift system that raises the front of the car by up to 30mm so that it can better deal with rough roads.

The 911 GT3 is for those who want an everyday sportscar that can also be a scorcher on the track.  The Mercedes-AMG GT R is the Porsche’s rival in the Indian market and is similarly priced.