Our cool and dependable Venue ends its stint with us on a high – down the open road, that is! 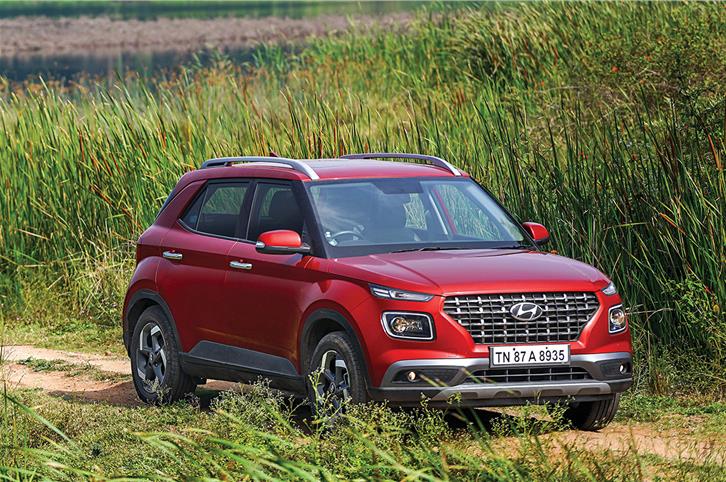 There must be a reason why highway hotel signages are almost always red. Is it because red is simply attention grabbing? Or, perhaps, because the human mind has been programmed over years to reach for the brake pedal on seeing a red light approaching? Whatever the answer may be, it wasn’t going to work tonight. We’d been on the road for a shade under 18 hours now, but the promise of a greasy meal and an ample bed wasn’t going to lure us into pulling over. There was no real agenda on hand. I just happened to be driving our Hyundai Venue long-term test car on a rather nice road and could find no reason compelling enough to interrupt the happenings. So we drove on. 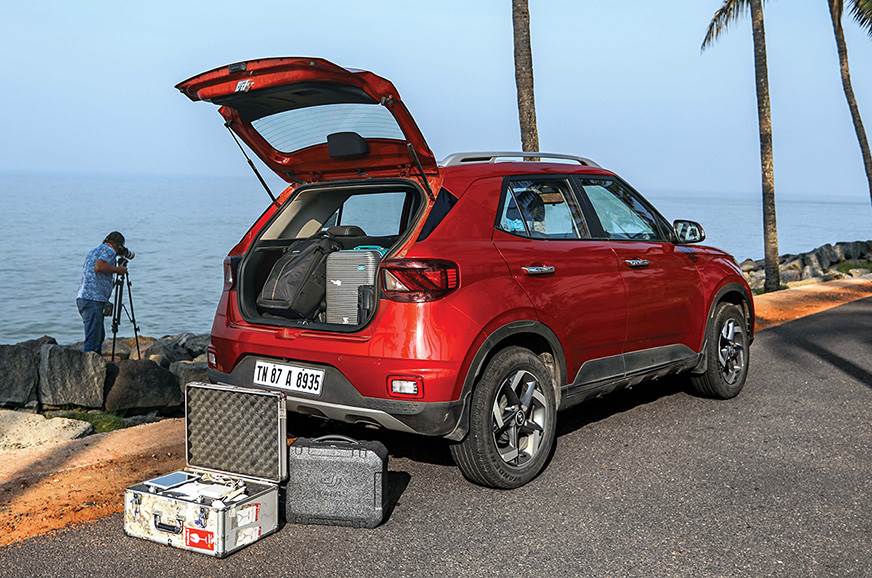 For its size, the Venue can gobble up a serious amount of luggage, which made our shoots immensely convenient.

(S)trapped in the seat beside me, and conveniently asleep, was Pravin, who had filmed the Great India Drive in Kerala that we were returning from. Conveniently, because you can’t be hungry if you aren’t awake, and that meant I could keep driving without having to pull over. It certainly helped that our Hyundai Venue’s turbo-petrol engine was very quiet and that the delightfully smooth gearshifts provided no disturbance to his elaborate nap. From a comfort perspective, these are relatively small and somewhat passive aspects as compared to, say, great seats and ample leg room. On a day such as this one, however, having traversed three states and with the day’s driving distance turning into a four-digit figure, details like these make a pronounced difference. We were still a couple of hours from home, and it was a comfortable fact. 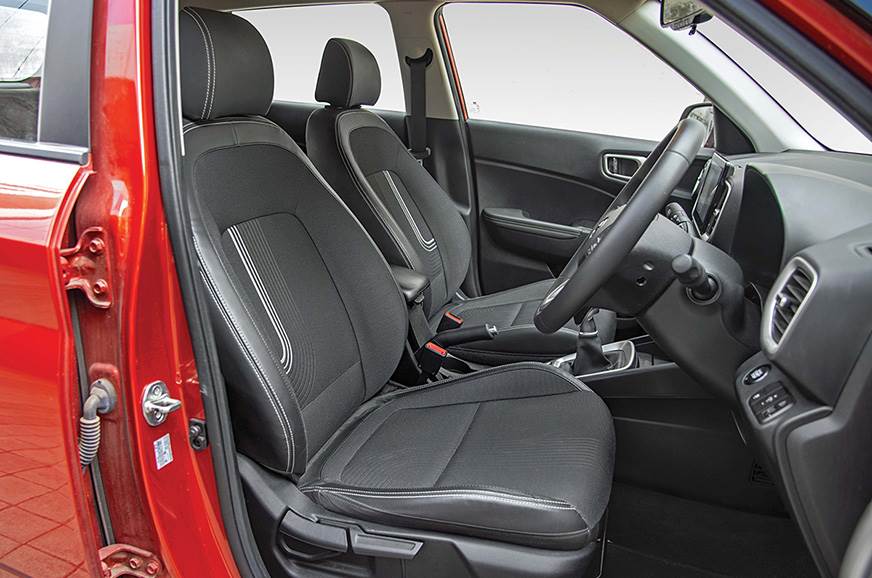 The choice of driving to Kerala hadn’t exactly been my own – I was to ride a motorcycle, instead – but as luck would have it, our Venue somehow squeezed into my itinerary. Pravin and his worldly belongings (mainly a ton of filming equipment, apart from his suspicious penchant for camouflage clothing) chose to tag along. My dejection was short lived, though, and as we effortlessly swept up the Mumbai-Pune expressway, the Venue came through as effortless and almost too good to be true, especially considering it had, at that point, clocked around 14,000km of rigorous use with us. Perhaps it was enjoying its first escape from the city; Nikhil never managed more than a 200km round-trip with it (courtesy the lockdown) and a prospective 3,000km road trip surely was something to be cheerful about. 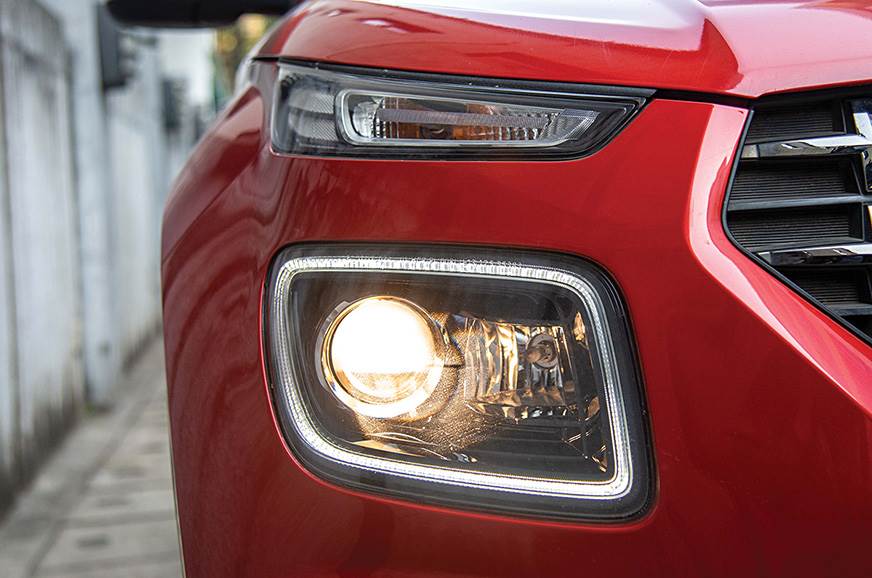 That the Venue feels at home cruising down the highway is quite an understatement. With barely any traffic, staying at the speed limit took hardly any effort and it helped that the Venue has a sixth gear, which keeps the revs low at cruising speed. Having said that, downshifting for overtakes is not optional. This can get a bit tedious over a very long drive. Although, to be fair, the three-cylinder motor already has too much to deliver on – a 120hp output, refinement and fuel-efficiency, to name a few – so mildly inconvenient highway driveability is not a deal-breaker as such.

One did wish for a larger fuel tank, though, because the 45-litre capacity of the Venue called for a fuel stop every 450km or so. While our Venue is reasonably fuel-efficient, returning between 10-12kpl in the city and between 16-18kpl at a sustained 80kph between Mumbai and Pune, my more heavy-footed and longer stint saw it return around 13kpl, which is still very appreciable for a quick turbo-petrol. 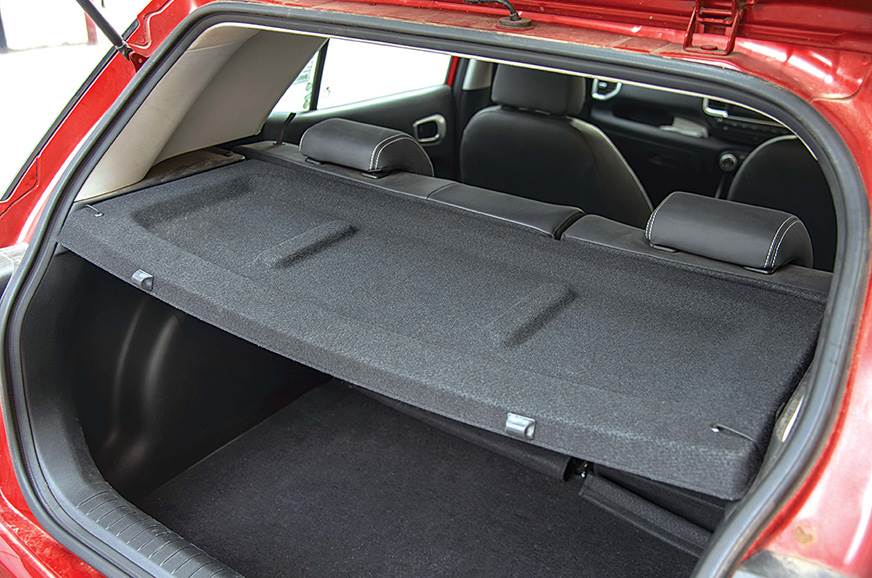 VIBE CHECK: Parcel shelf developed a consistent vibration despite all mounts in place.

In Kerala, where the narrow roads slowed down the pace drastically, a few other niggles became evident. Now, our Venue, having arrived with 5,000km on the odo, has held up pretty well but one can’t help notice a bit of softness that has crept into the body and suspension. Thankfully, there aren’t any rattles and squeaks except from a consistent vibration from the parcel tray, which you can somewhat distract yourself from with good music. A greater inconvenience came in the form of the roof-mounted microphone going kaput, which made phone conversations on the move quite frustrating (for those calling; I found it hilarious). However, I’d like to think it’s a small and inexpensive fix because connectivity is a big deal in the cars of today, and I hope other Venue owners haven’t faced this issue. 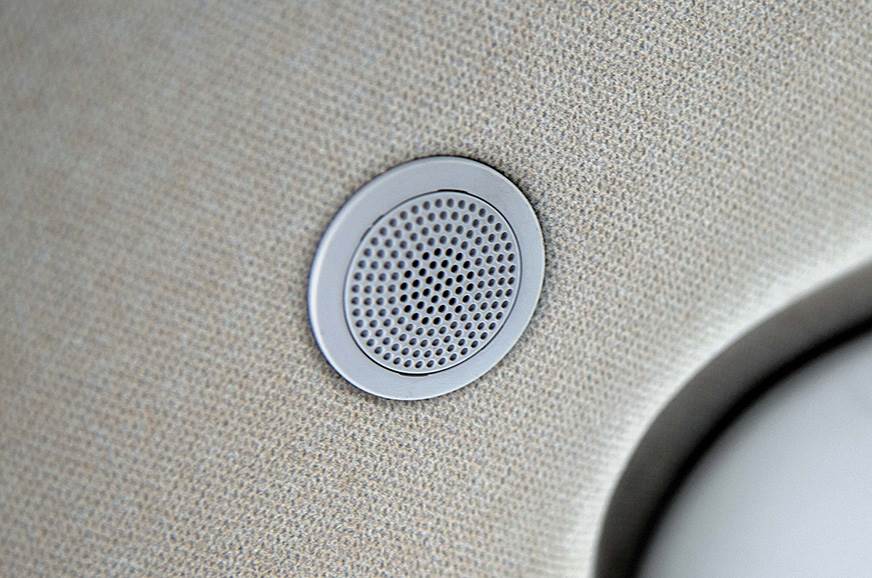 With 17,835km on the odo, the last 3,000km of which came from the drive to Kerala and back, it was time for the Venue to be reunited with Hyundai. It has served us exceptionally well, being easy to drive, with its light steering and great visibility, and its spirited engine and dynamics surely made it an enjoyable daily driver as well. Needless to say, road trips in its absence will be a lot nicer – for co-drivers, that is.