Still the compact SUV that delivers the biggest smile. 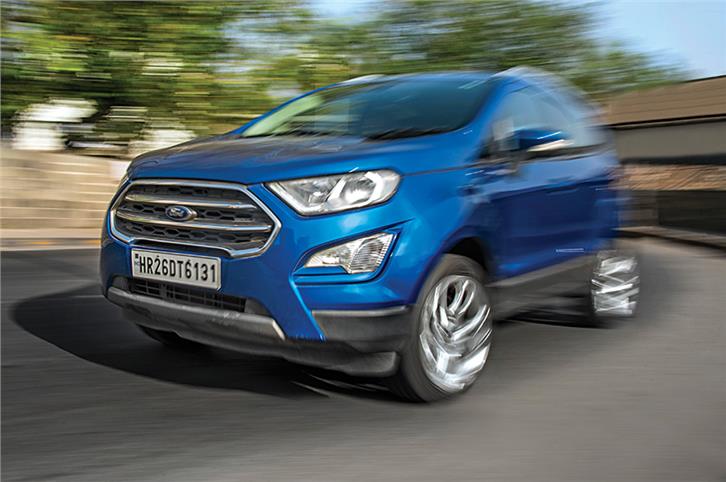 Five minutes is the time It takes for me to remember how good the EcoSport is to drive. This comes as a bit of a surprise as I know this car pretty well. Reminder number one comes as soon as I exit the parking lot and turn left onto the main road. The steering weights up so beautifully, it has me going ‘wow’ involuntarily. A stark contrast to a luxury SUV I’d been driving only hours before, the EcoSport feels so balanced and ready to work with the driver; it comes as a breath of fresh air. 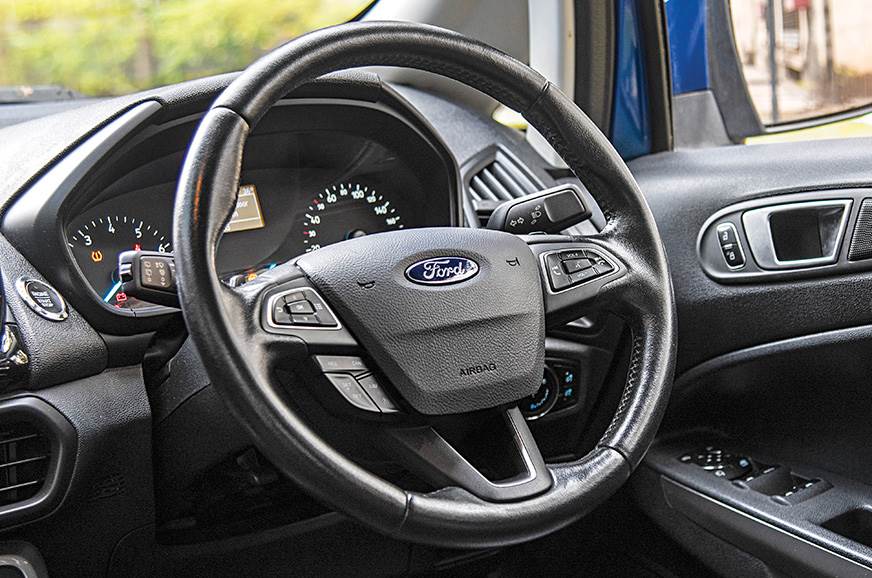 CHATTY STEERING: Nice and direct with plenty of feel; isn’t too heavy for everyday use either.

Less than a kilometre away, I’m given another cue. My route home goes over the railway tracks via the very unique and fun S-bridge. Built in Byculla, Bombay, back in 1913 to reduce the gradient, so hand-carts could be pushed across more easily, the bridge consists of a set of tight corners that, apart from anything else, do a fantastic imitation of a ghat road. What’s even better is that there’s a signal at both ends; so if you’re lucky, you could have the bridge to yourself. And then, needless to say, it’s hammer time. Now the EcoSport does roll a bit, there is some shuffle as you pour into the corners, and yes, when you are in a hurry, the 6- speed automatic feels a bit slow. Still, having paddleshifters are nice, and I quite like that the naturally aspirated 1.5-litre Dragon pulls superbly from low speeds, all the way until 6,000rpm and beyond. So, even though the EcoSport is a compact SUV, it still is quite entertaining to drive, right foot down. 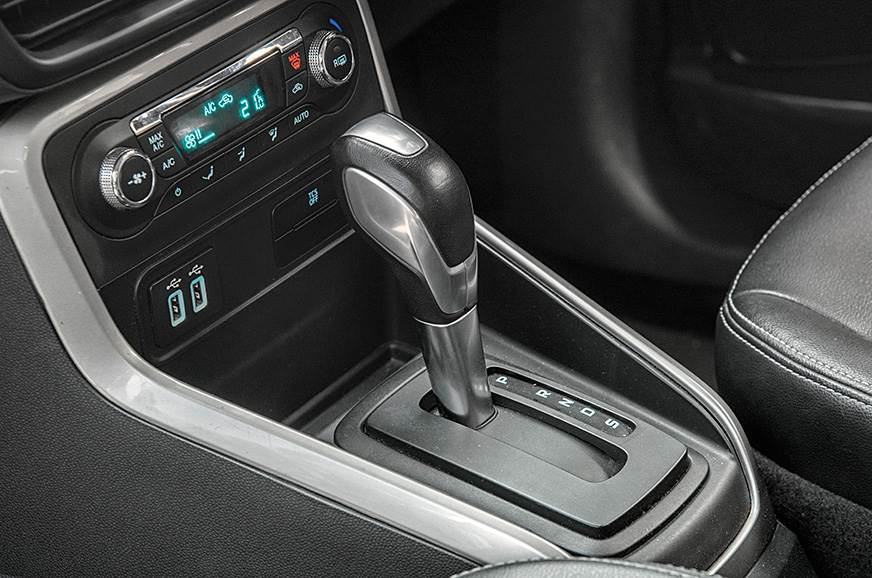 SLOW GEARBOX: It’s fine for everyday driving, but feels slow if you are in a hurry.

The responsive and torquey engine is also perfect for when traffic is thin. It isn’t the most relaxing car to pedal about in start-stop traffic, especially if you select ‘S’ on the gearbox; initial responses are a bit too strong. Still, if you want to get through that gap in traffic, Ford’s Dragon is just what the doctor ordered. 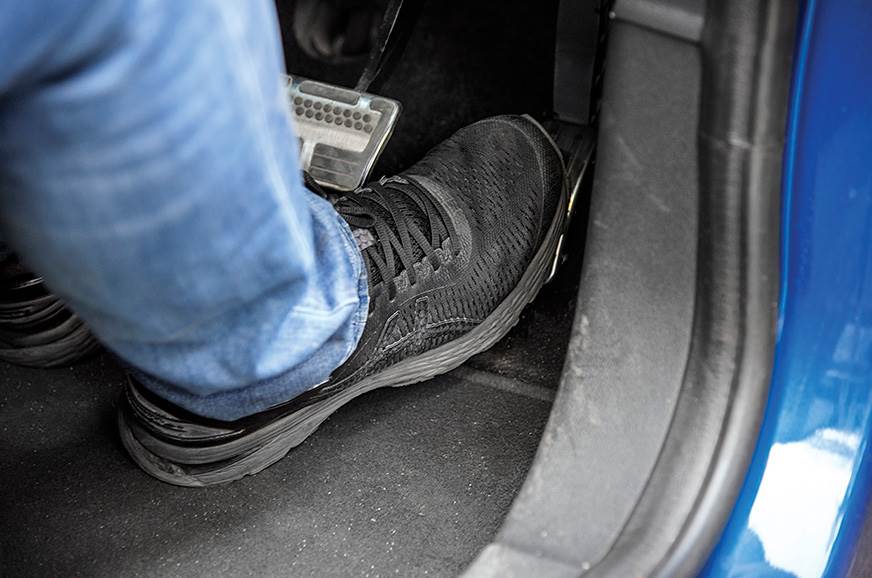 QUICK RESPONSE: Tap the throttle and it just takes off, really nice.

Niggles? Well, to begin with, there’s a strange squeak from behind the dash when you start-up; possibly from the windshield defogger air flap. I don’t like the fact that all your calls aren’t listed in call history, and, adjusting the driver’s seat height is still fiddly. I do, however, like that the steering adjusts for rake and reach; it makes a huge difference to finding the perfect driving position. Also, I feel the EcoSport still looks attractive – remember it’s been seven years since the pre-facelift car was launched here. 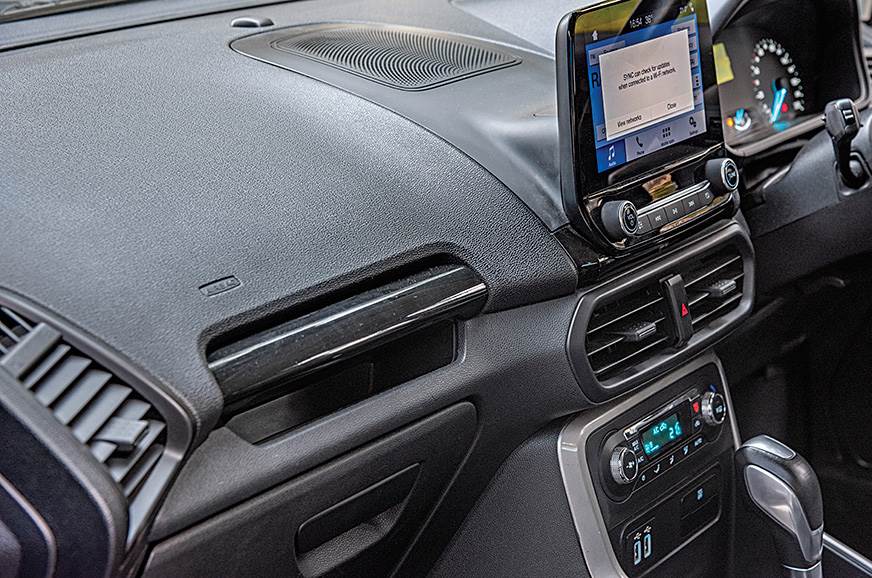 ORDINARY PLASTICS: Plastic quality is ordinary, makes cabin look a bit too long in the tooth.