Suzuki’s 150cc fully faired motorcycle gets a significant cosmetic overhaul and some minor changes to the chassis and engine. We find out if the update warrants the Rs 8,000 price hike. 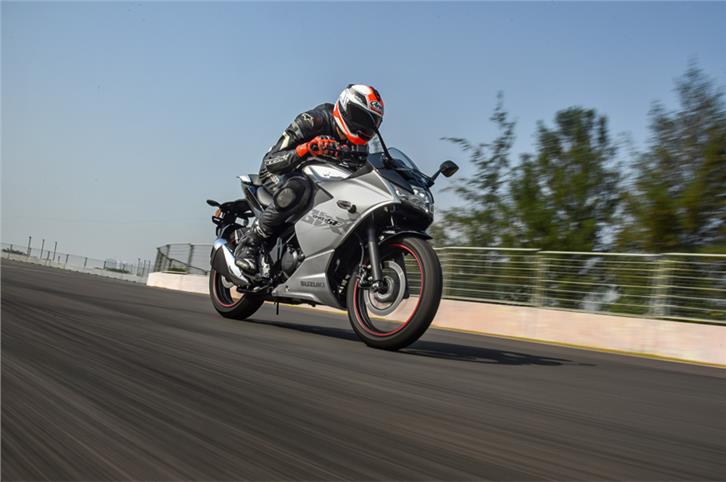 The Suzuki Gixxer and it’s fully faired variant, the Gixxer SF have been the manufacturer’s most successful motorcycles in the country and they’re certainly among our favourites in the segment as well. It was only a matter of time until Suzuki updated the Gixxer, and it decided to use the launch of the all-new Suzuki Gixxer SF 250 as an opportunity to also launch the updated Gixxer SF. The new SF 250 was the intended star of the event, however, the smaller SF still left us with a big smile, just like the original did.

Mechanically, the Gixxer SF retains its 154.9cc, single-cylinder, air-cooled unit but on the new motorcycle, there’s a small dip in power. The old engine was good for 14.8hp and 14Nm of torque, while this new fuel-injected one makes 14.1hp and 14Nm. If you’re wondering why, Suzuki has told us that they’ve readied the engine for the BS6 emission norms and although it is currently BS4-compliant, the eventual switch to BS6 should come without too many major changes. The lack in power, however, isn’t noticeable and the engine is still as chirpy as it was when I experienced it on the older SF. Gear changes on the 5-speed gearbox can be felt at the lever, and there's an affirmative ‘click’. 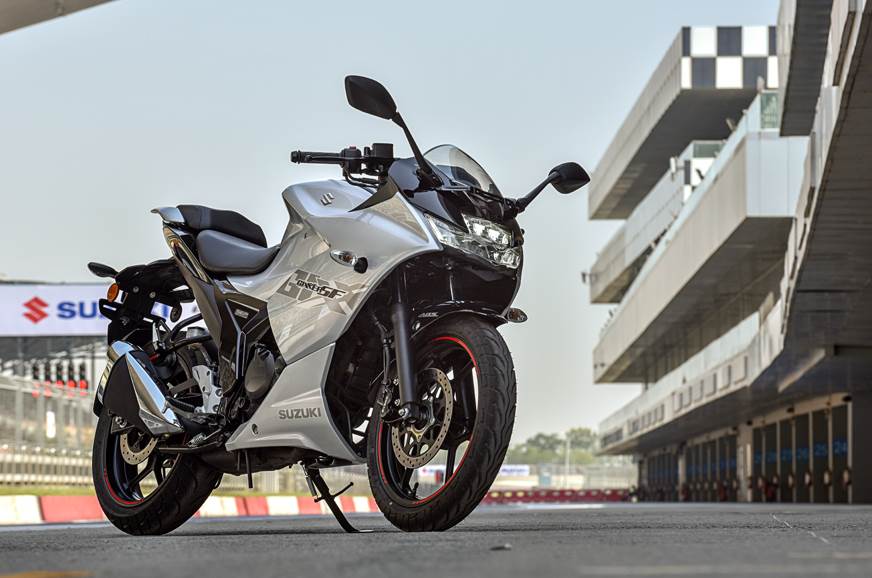 We got to experience the Gixxer SF at the BIC and from having previously raced the older motorcycle here, I was expecting the new bike to be underwhelming, especially down the long back straight. This held true to an extent, considering that the performance figures aren't what you'd conventionally consider as exciting. While it’s good for a speedo indicated top speed of 124kph, you won’t really find yourself complaining because this is still a really fun motorcycle. The new Gixxer SF, like the Gixxer SF 250, uses what is essentially the same frame as the one on the current range of Gixxers with the most significant change coming in the form of a marginally thicker (by 0.3mm) centre tube along with strengthening in steering head and suspension mounts. The bike also continues to use the same suspension hardware, with a  41mm telescopic fork and a monoshock. Out on the racetrack, this translated to the SF 150 feeling quite competent in terms of handling. The bike feels highly intuitive and turns into corners almost effortlessly, much like the Yamaha R15 - a motorcycle that’s considered a benchmark in the segment. 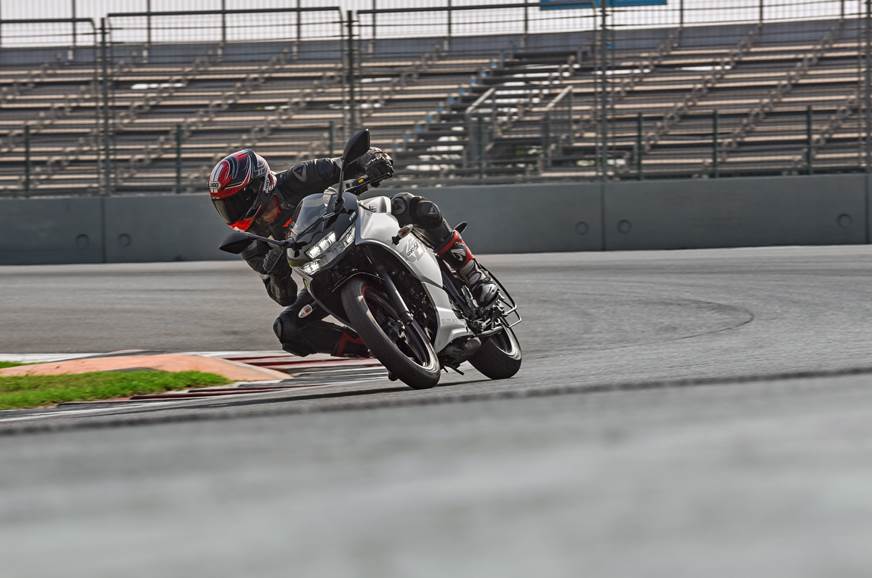 The only chink, in an otherwise spectacular package, was the brakes. The 266mm front disc slows the bike down but it needs a full handed pull at the lever. On the track, it did leave me wanting it to slow down, um.. faster. The brakes are dull to the point where you really need to grab onto them to feel like you're drastically losing speed. As before, they will be sufficient for the streets and there's the added safety net of single channel ABS that comes as standard.

What is substantially newer, however, is the design and styling. The Gixxer SF shares its design language with the new 250, and, from a distance, it'd be hard to differentiate between the two. They both sport the same all-new LED headlight, and are clad with identical body work. The only difference is in the colour scheme and paint finish - the SF gets a gloss finish while the SF 250 comes in matte colours. There's also a dual-tone colour scheme on the front end, with the silver 150 getting a black mid section. Another key difference is in the alloy wheels - the 150's wheels get fewer spokes and don't have the brushed aluminum finish seen on the 250's wheels. Also new, is an LCD instrument cluster that displays identical information to the one on the 250 - speed, revs, time, gear position and amount of fuel - but gets an inverted colour layout with black text on a white background. Visually, the SF also looks slightly more compact and slimmer than its slightly bigger sibling. 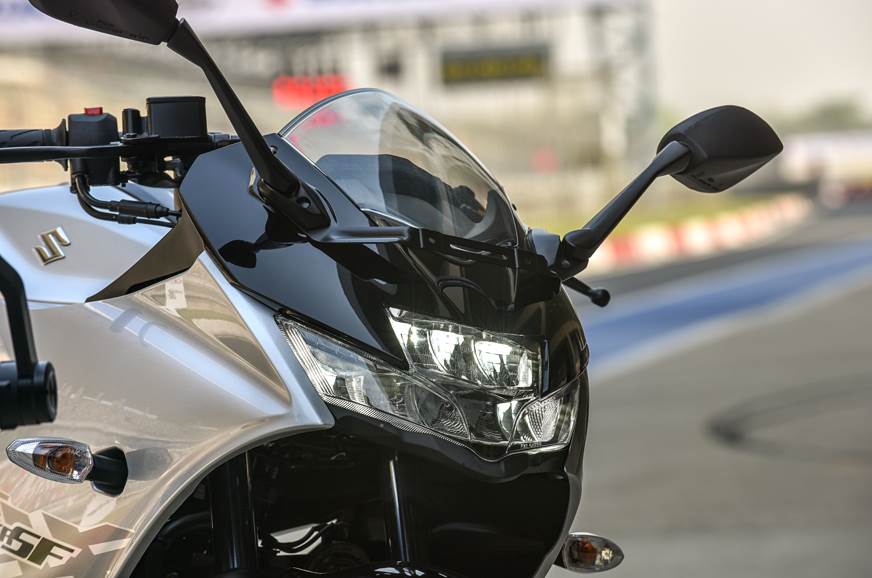 The new bodywork, and revisions to the frame have resulted in a rather significant weight gain - it is 146kg now, compared to the older bike's 141kg kerb weight. However, the SF wears the added kilos well, and continues to be as fun and engaging as it has always been.

Along with the added weight, it's also come with a hefty Rs 8,000 in price. At nearly 1.10 lakh (ex-showroom, Delhi), it's a rather steep asking price for the LED headlamp, clip-ons and new bodywork. The increase means it costs about Rs 11,000 more than the recently launched Hero Xtreme 200S. However, what the Suzuki could potentially offer over its competition is a much more joyful and rewarding riding experience. A comparison test will provide the answer to that. 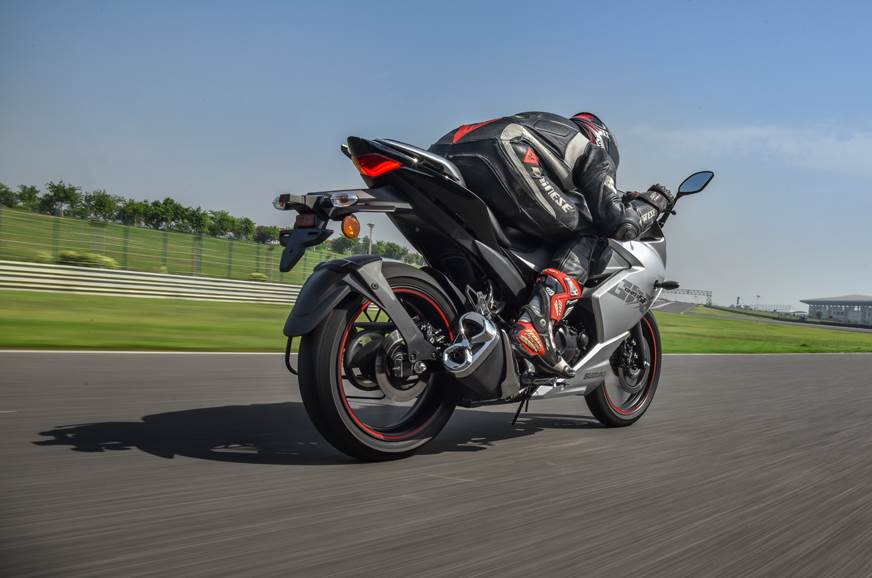 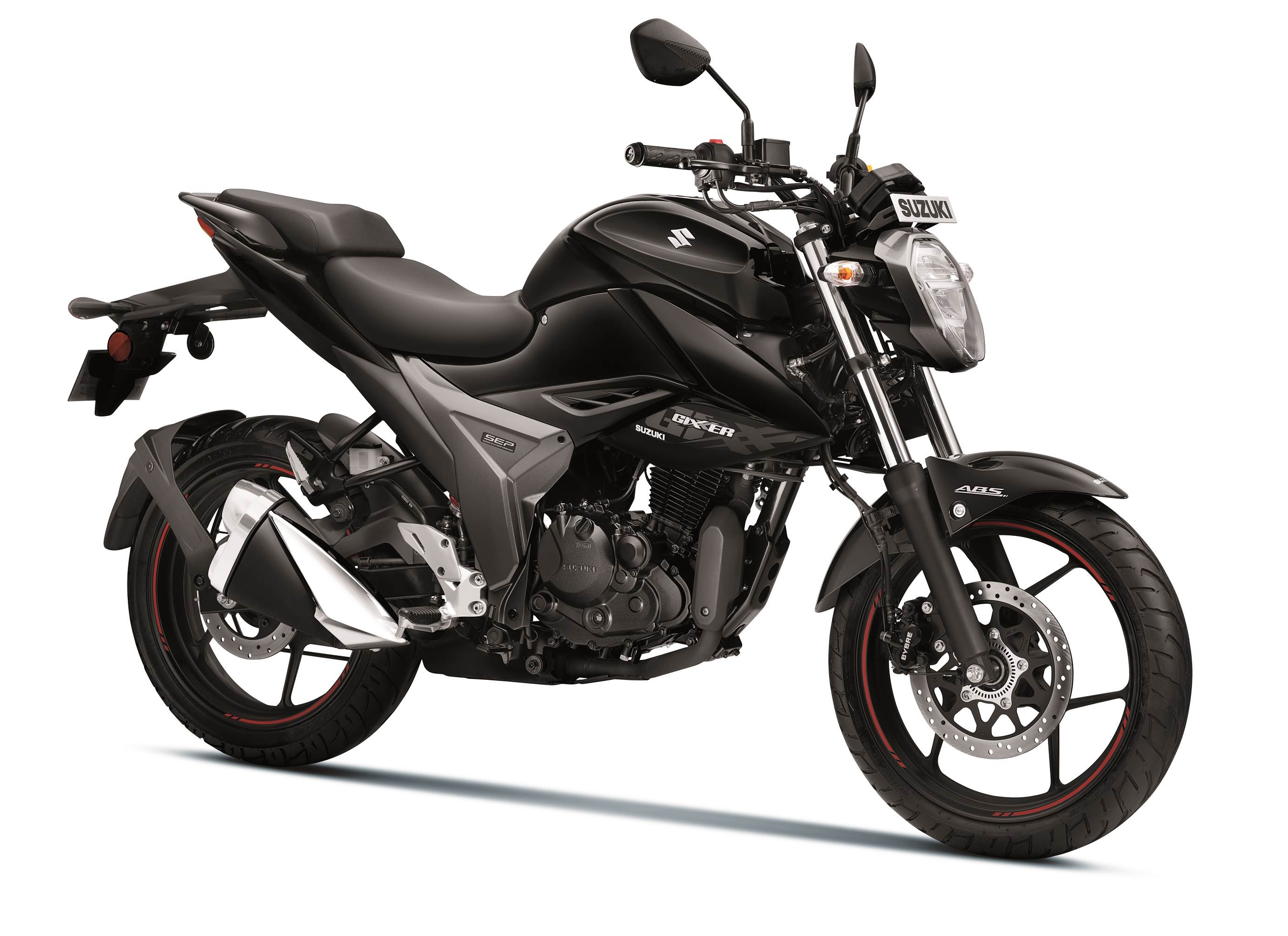 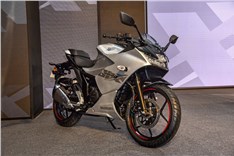 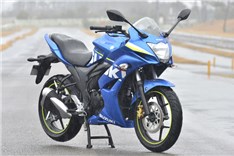 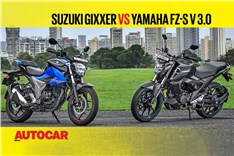 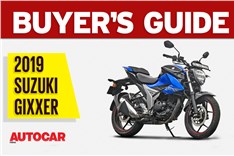 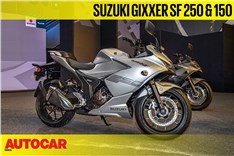