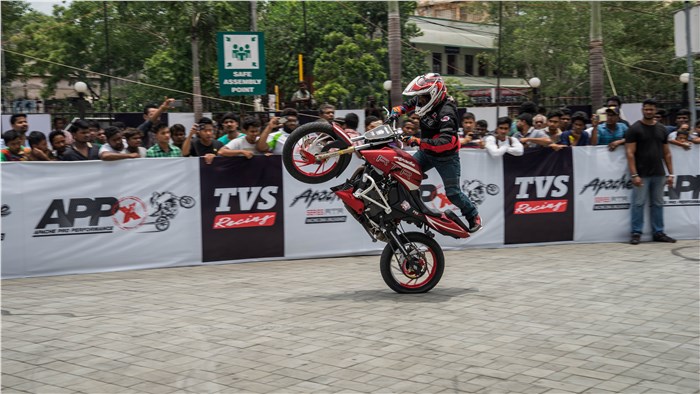 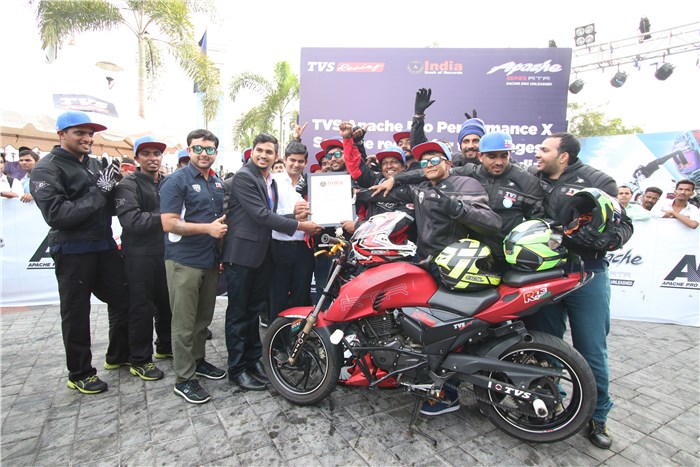 With a long history of racing to its name, TVS has now set the record for the longest non-stop stunt show in India. Five stunt teams from TVS Racing performed stunts for five straight hours, while the feat was acknowledged by the India Book of Records.

The stunt riders also conducted a tutorial session for the audience on how to stunt safely and responsibly. 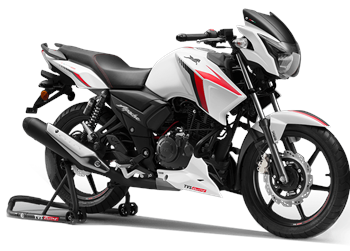 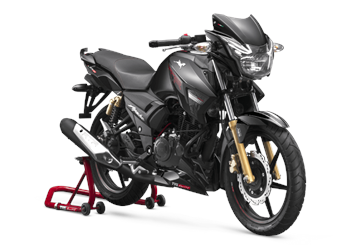