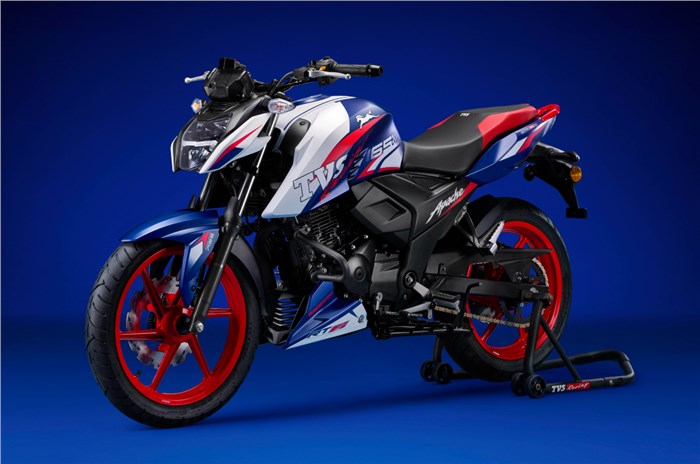 TVS has launched its Apache RTR 165 RP at Rs 1.45 lakh (ex-showroom, India). This is the first offering under the company’s Race Performance sub-brand.

TVS has said the 165 RP features “15 percent bigger valves controlled by Hi-Lift Hi-Duration cams and dual spring actuators for racier engine performance”. Other changes come in the form of “a revised bore stroke ratio of 1.37 that allows free-revving up to the redline” and “a new dome piston for a higher compression ratio.”

The bike also gets a slipper clutch, adjustable brake and clutch levers. It continues to use the 5-speed gearbox. Other mechanical components like the frame and brakes appear to be identical to the RTR 160 4V. TVS has said the suspension has been retuned for this bike. It misses out on the adjustable suspension the RTR 200 4V is available with. At 148kg, it weighs 2kg more than the rear disc brake-equipped RTR 160 4V.

While the design is the same as the RTR 160 4V, it does feature a unique colour scheme and seat cover. TVS has also said that the model will be limited to 200 units.