Though more expensive than the old 2-valve RTR 160, the new one also brings in more features.

The two-valve model of the TVS Apache RTR 160 continues to be a popular choice amongst users in the country, and, recently, it has been updated with a host of mechanical and electronic changes. We tell you what’s new and improved on this updated model and also stack it up against its elder sibling, the Apache RTR 160 4V.

With this update, TVS has bestowed the Apache RTR 160 two-valve with more power and less weight, both of which have helped in boosting its power-to-weight ratio. Power has gone up from 15.53hp at 8,400rpm to 16.04hp at 8,750rpm, while weight has reduced by 2kgs across both the drum and disc variants. Torque, however, has gone down marginally from 13.9 Nm to 13.85 Nm, although it does arrive slightly earlier at 7,000rpm. Where the old Apache RTR 160 could manage a power-to-weight ratio of 110.92hp/tonne, the new one betters it slightly at 114.57hp/tonne.

TVS has also shod the Apache RTR 160 with a fatter and slightly thinner profile 120/70-17 rear tyre, which should help improve its handling.

With the addition of the gentler Urban and Rain riding modes promising more linear power delivery, the Apache RTR 160 is expected to become slightly more user-friendly than earlier versions.

The Apache RTR 160 4V, owing to its more modern engine architecture, is the runaway leader here in terms of peak output figures. Another leg-up it has is the presence of a radial rear tyre on the disc brake variant, which goes a long way in improving the handling of the bike. However, it does weigh 7kg more than the drum variant and 8kg more than the disc variant of the Apache RTR 160 two-valve.

All models here come equipped with single-channel ABS as standard.

The earlier version of the RTR 160 2-valve was quite a barebones motorcycle offering a simple semi-digital instrument console and a halogen headlamp. The new RTR 160 offers a Bluetooth-equipped fully digital instrument console in addition to three riding modes - Sport, Urban and Rain - that alter power delivery and ABS settings. This new display is borrowed from the Apache RTR 160 4V and also displays what gear you’re currently in.

In this company, the Apache RTR 160 4V is clearly the most feature-rich motorcycle. In addition to the 3 ride modes and the Bluetooth-equipped digital instrument console, it brings GTT (Glide Through Technology), which allows you to feather the clutch at low speeds without stalling the bike and adjustable levers (available on the Special Edition only) to the table.

With this update the two-valve Apache RTR 160 has gotten slightly more expensive than its predecessor, but it does pack in a fair few features. However, this has crucially positioned it within striking distance of the vastly superior Apache RTR 160 4V, with the price difference reduced to less than Rs 2,000 for the top disc with Bluetooth variant. It remains to be seen whether the old stalwart two-valve Apache continues to be popular at this increased price point or does the current 160cc champion, the Apache RTR 160 4V, find more takers. Interesting times ahead indeed.

Which version of the Apache are you more likely to purchase at these prices? Let us know in the comments section below. 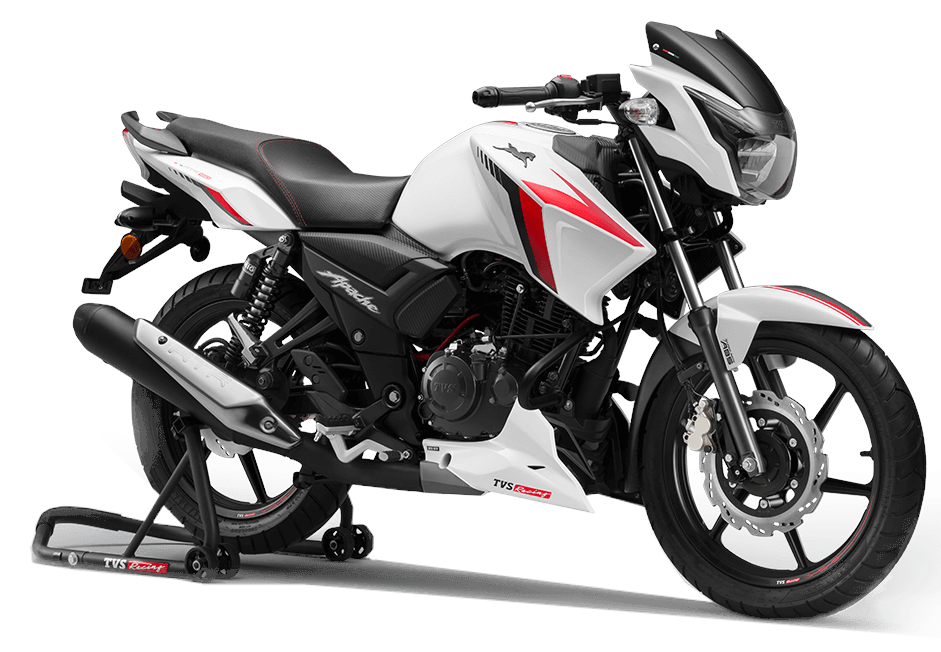