Top 5 scooters you can buy

We explore what we think are the five best scooters available in India today. 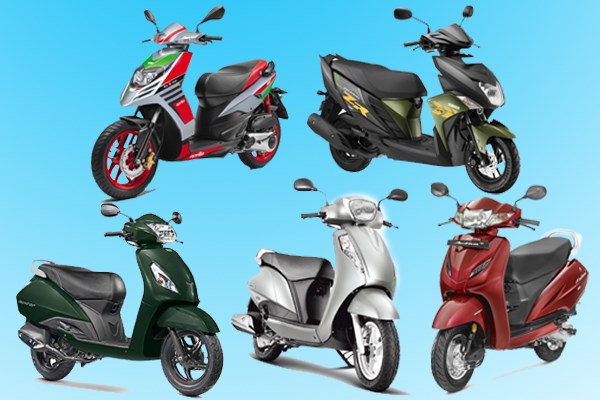 In the last decade and a half, the Indian two-wheeler market has undergone an automatic-scooter revolution. These humble two-wheeled workhorses have pretty much become the go-to bikes for everyone from college students to families. And while their rise in popularity has originally been due to their unmatched practicality and ease of riding, more recently the market has been showing signs of shaping up towards scooters that offer style and even some performance. So here are, in our opinion, the top five scooters that you can walk into showrooms and purchase today.

Note: All the prices mentioned here are post-GST.

Honda Activa 4G
The Activa has been Honda’s most popular scooter and it tops the scooter sales charts in India by a huge margin. This scooter has been so successful that, in fact, the company has sold over 1.5 crore Activas since it was launched back in 2000. And while there are three variants of the bike available right now – the Activa, the Activa i and the Activa 125, our choice here is the base model. Now in its fourth generation, the Activa 4G gets a BS-IV compliant 109cc engine that’s good for 7.96hp of peak power and 9Nm of peak torque. It doesn’t get a huge number of features like its competition, but now the bike does finally has a mobile charging socket in its underseat storage. It also gets tubeless tyres, a combined braking system (CBS) and, thanks to the new regulations, always-on headlamps. It has an all-metal body, making it one of the sturdiest scooters available in the country. While it doesn’t really shine in any single area, it’s easily the most recommendable scooter in our list, thanks to its ‘jack-of-all-trades’ nature and bulletproof reliability. 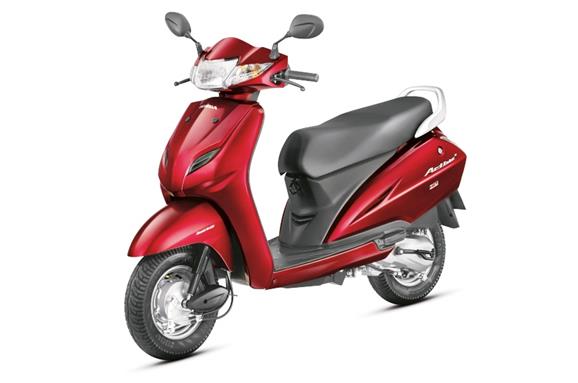 TVS Jupiter
Believe it or not, the Jupiter is the second-highest selling scooter in India, although its sales numbers are nowhere close to those of the Honda Activa. The Jupiter is loaded to the gills with features designed to improve the scooter’s convenience factor, such as an external fuel-filler cap, an easy-to-use centre stand, mobile charger and even an ignition lock cover. Its telescopic front suspension and gas-filled rear monoshock ensure a well-damped ride over bumpy roads, while its larger 12-inch wheels at both ends, and long 1,275mm wheelbase, provide improved stability. TVS also claims that, at 375mm, the Jupiter offers the highest leg space amongst all scooters so even tall riders can sit comfortably. A combined braking system (called Sync Brake System in TVS-speak) is available with the drum brake version while the ZX variant gets an optional front disc brake as well. Just like the Activa, it’s an all-metal body scooter and is pretty much built like a tank. The performance from its 109cc motor is nothing to write home about, but TVS says it can manage a fuel efficiency figure of 62kpl. And to top it off, the company offers the Jupiter in 10 pretty classy looking colour options. 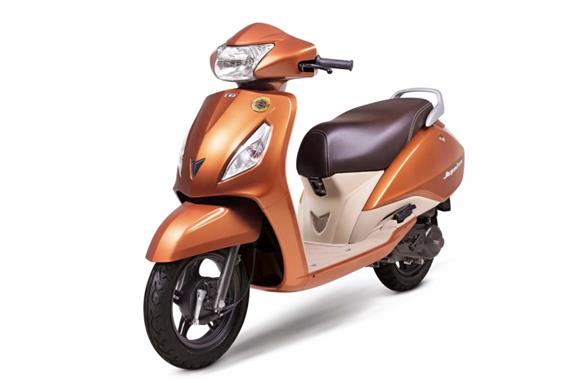 Suzuki Access 125
The Access has always been one of our favourite scooters, thanks to the ample performance from its 125cc engine and great handling characteristics. Last year’s update to this scooter kept all that was good and put it all into an even more attractive package. The Access gets telescopic suspension at the front and a 12-inch front wheel combined with a 10-inch rear, both shod with tubeless tyres. Suzuki has included an easy-start system which allows riders to crank the motor with a single push of the starter button. It also gets a convenient cubby at the front for storing small knickknacks. And while there is no combined braking system available on the Access, Suzuki does offer an optional front disc brake. Even with a full-steel body, the Access 125 weighs a scant 102kg, making it a very easy scooter to handle. A 2017 update has seen the Access’ motor become BS-IV compliant and an inclusion of an always-on headlight. 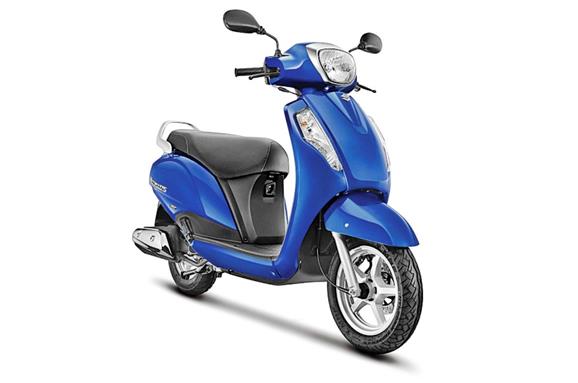 Yamaha Ray ZR
Now the Ray ZR isn’t Yamaha’s best-selling scooter, but it’s certainly the most attractive one the company makes in India. It’s based on the company’s Ray scooter, which was originally designed with a female target audience in mind. But to broaden its appeal to a male demographic, the ZR gets wider bodywork and some really funky two-tone colour schemes. It features a taller seat height and slightly increased ground clearance as compared to the Ray. The front gets telescopic forks, but only 10-inch wheels at both ends. It does, however, offer a front disc brake as an option. With a wet weight of 103kg, this disc brake-equipped variant is quite light and actually weighs a kilo less than the Ray Z. At 21-litres, there’s lots of underseat storage space (enough to swallow a small full-face helmet) and it also has two ample-sized cubby holes in the front which can accommodate a couple of 500ml bottles. A claimed fuel efficiency of 66kpl makes it extremely frugal as well. 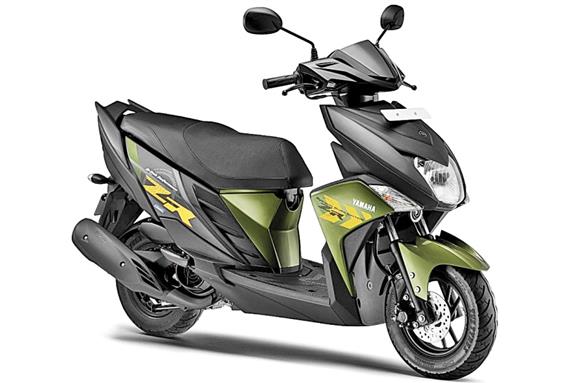 Aprilia SR150
The Aprilia SR150 is hands-down the most fun scooter that the Indian market has ever seen. It gets a 154.8cc motor that’s been derived from the one in the Vespa 150, and while it makes lesser power on paper as compared to the Vespa, its variomatic transmission has been tuned for superb performance. In a straight line, it can give some manual-geared 125cc motorcycles a run for their money. But straight-line performance is not all this scooter is good at. With big 14-inch wheels shod with sticky V-Rubber tyres, show the SR150 some corners and you’ll be grinning from ear to ear, though this agility comes at the cost of a stiff suspension setup. It does miss out on some practical features that we’ve come to expect on modern scooters, such as a brake lever lock, a remote seat release mechanism or a charging socket. But it certainly has the handling prowess and the performance to live up to its thoroughbred Italian pedigree. And for all the performance it offers, the SR150 is extremely well-priced as well. 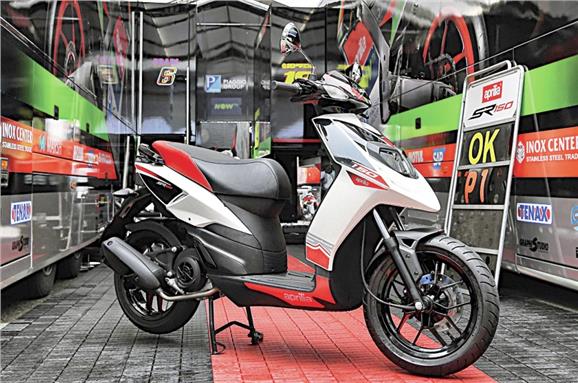