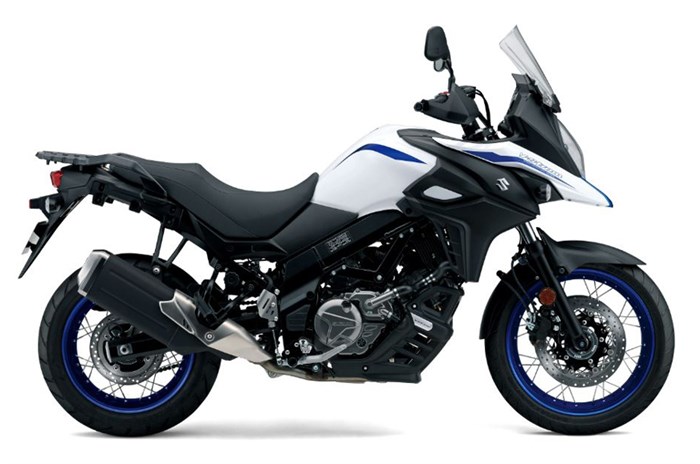 Suzuki has launched an updated version of the Suzuki V-Strom 650XT ABS in India. The middleweight adventure tourer has received minor additions with no change in price, at Rs 7.46 lakh (ex-showroom, Delhi).

For 2019, the V-Strom 650XT ABS now gets hazard lights and side reflectors. The motorcycle also features new graphics on the bodywork. Other than this, the middleweight adventure tourer remains identical to the 2018 model. The V-Strom 650 is available only in XT trim in India and is the third bike from the motorcycle maker to be locally assembled, after the Hayabusa and the GSX-S750.

The styling of the V-Strom 650XT remains unchanged and it continues to be inspired by its larger sibling, the V-Strom 1000. Being the XT, it gets premium anodised wire-spoke rims shod with Bridgestone Battlax Adventure A40 tubeless tyres. The twin-spar alloy frame is suspended on a conventional telescopic fork at the front and a monoshock with rebound adjustment and remote preload adjuster at the rear. It has a seat height of 835mm, a fuel tank capacity of 20 litres and a kerb weight of 216kg.

Powering the ADV is a 645cc, V-twin engine that makes 71hp and 62Nm of torque, and is mated to a 6-speed gearbox. The V-Strom 650XT gets a three-stage traction control system (two levels and a disengage option). Other features include a three-way, height-adjustable windscreen, Suzuki’s useful Easy Start System and standard ABS.