The facility stretches over 50 acres; will produce Royal Enfield motorcycles for India and global markets. 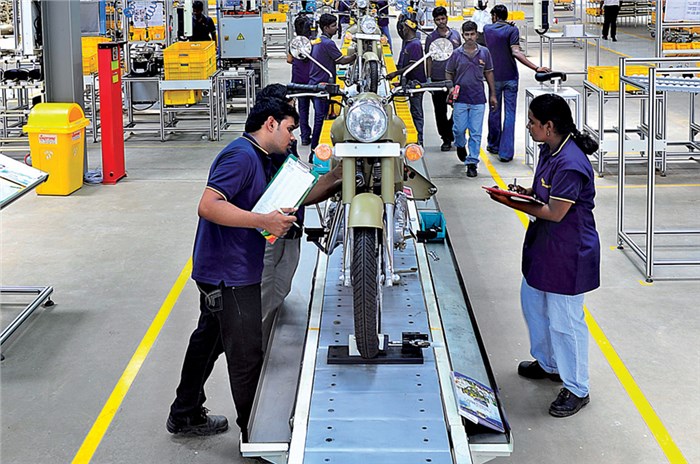 Construction of the new facility started 15 months back and has been completed in record time. The new facility has been benchmarked to the highest level of quality and productivity. The manufacturing capacity in this facility will enable the company to meet its next level of growth.

In the first phase, the state-of-the-art plant kicks off with an installed production capacity of 300,000 motorcycles. In FY2017-18, the combined production capacity from all the three plants is planned to be 8,25,000 units. In FY2016-17, Royal Enfield produced and sold 6,67,135 motorcycles, nearing its installed capacity. The company’s sales have grown at a compounded rate of over 55 percent over the past six years. According to Royal Enfield, its order book continues to be strong and there is a large unmet demand. In FY2017-18, it plans to invest Rs 800 crore, largely towards capacity expansion at Vallam Vadagal, new products and platforms, and setting up of technical centres in Leicester, UK and Chennai, India. This investment will be funded through internal accruals.

Recently, Bajaj Auto formed an alliance with Triumph Motorcycles to enter the mid-sized motorcycle space. There are a number of other domestic OEMs also eyeing this segment. The capacity expansion is also part of Royal Enfield’s strategy to prepare itself to face competition.