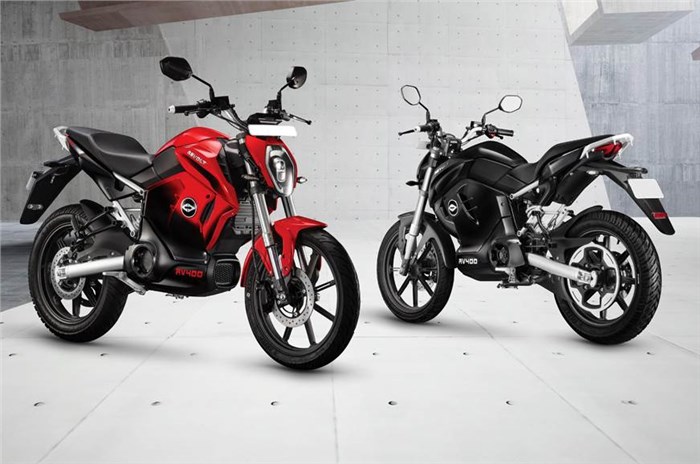 Revolt Motor has decided to postpone the launch of its RV400 electric motorcycle, again. The company had initially decided to launch the all-electric bike on July 22, 2019 but the launch date was pushed to August 7 for unknown reason. Now, the launch is expected to take place by the end of August–the company says they’ll announce the new launch date on August 2, 2019.

Online bookings for the Revolt RV400 are still underway. Customers can book the electric motorcycle for Rs 1,000 on the Revolt Motors website andAmazon.

Revolt Motor is an independent, Indian start-up that had unveiled its first electric motorcycle, the RV400, on June 18, 2018. The RV400 has been developed over the course of two years and the company has listed Soco, a Chinese company, as one of their platform partners. It is India’s first AI-enabled, LTE-connected electric motorcycle that comes with a 4G SIM. It has an ARAI-certified range of 156km, while the top speed is limited to 85kph.

Unlike some of the electric two-wheelers that we’ve seen so far in India, the Revolt RV400 looks a lot like any 100-125cc, petrol-powered commuter. The design is compact, thanks to the clever positioning of the battery and motor in the area where you'd normally find an internal combustion engine. The motor and battery have been imported, while the ECU and Battery Management System (BMS) has been developed in-house.

One of the key features of the RV400 is its removable battery that can be charged using a cable and regular 15A plug that’s supplied with the motorcycle. Along with this, Revolt Motor will also have ‘Mobile Battery Swap Stations’ that can be located via the Revolt Mobile App. Besides this, the app also enables you to track the bike or start the motor. To know more about the app and the RV400’s customisable artificial exhaust sound,click here.