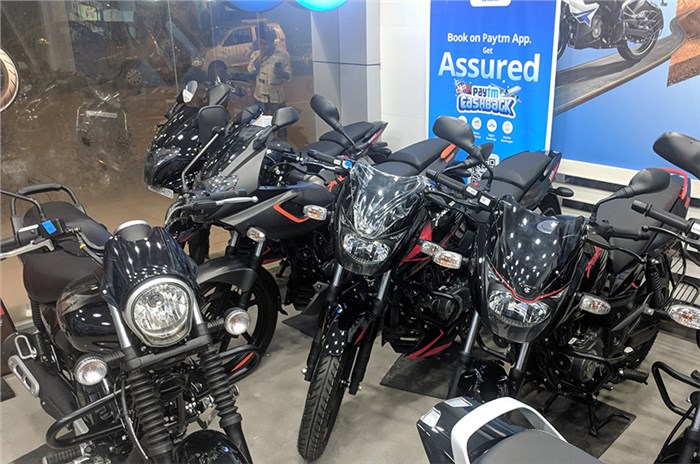 When compared to the August 2019 sales, two-wheeler companies have witnessed a 9 percent month-on-month growth in September 2019.

Taking the domestic sales statistics of five leading motorcycle and scooter manufacturers for September 2019 and comparing them with their August 2019 performance indicates a 9 percent month-on-month growth. The comparison points to a 21 percent decline but that story is the same for nearly all vehicle segments.

Sanjay Bhan, Head of Sales, Aftersales & Parts, Hero MotoCorp, said: “Growth in the market is driven by first-time buyers, and we have introduced a host of special schemes including low down payment, aggressive interest rates and easy EMIs. There is also a big segment of customers who are looking to replace their existing two-wheelers, so we have introduced a festive exchange bonus of Rs 3,000 on our scooter range. Also, customers looking to upgrade to the Xtreme range in the premium motorcycle category can avail of a special exchange bonus of Rs 5,000. Customers can also get attractive financial benefits by making the purchase through specific apps."

Honda Motorcycle & Scooter India, which has recently launched its Honda Activa in BS6 guise, clocked a total sale of 4,55,892 units, which marks a 12.39 decline (September 2018: 520,400). However, with August 2019 numbers at 4,25,664, September 2019 sales constitute a 7.10 percent month-on-month increase, indicating that demand is gradually inching. In a bid to accelerate sales during the festive season, Honda buyers can get benefits of up to Rs 11,000 on any two-wheeler model. An additional discount of Rs 7,000 can be availed when you make an online payment for the models using Paytm.