Moto Guzzi V100 Mandello to be revealed at EICMA 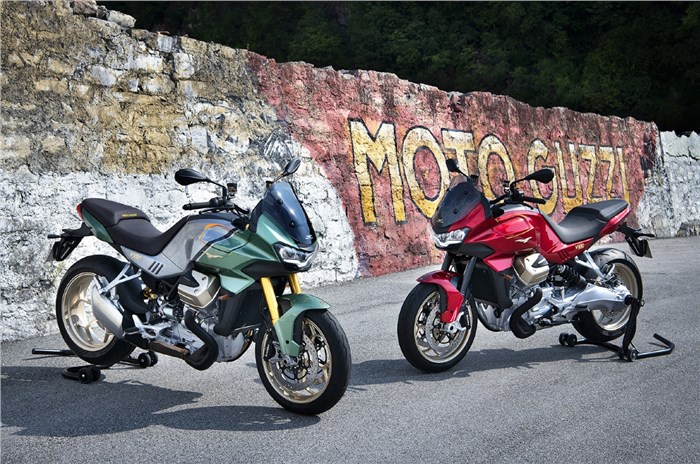 The large radiator reveals that the Moto Guzzi V100 Mandello will be liquid-cooled.

Moto Guzzi has teased its V100 Mandello before the full reveal at the upcoming EICMA motor show.

The Italian motorcycle company recently celebrated its 100th anniversary and in a recent announcement that revealed future plans, it teased the upcoming V100 Mandello. While the company hasn’t revealed any specifications, the images do give us an idea of what to expect.

Firstly, the handlebar is positioned quite high, and it bends upwards, which is a clear indication of an upright riding position. The bike also has a semi-fairing of sorts, which means it’s not an all-out naked motorcycle.

The V100 also uses a single-sided swingarm with a shaft drive. While we can’t tell the size of the discs, the calipers appear to be radially mounted and feature Brembo branding. Suspension meanwhile is handled by a USD fork and a monoshock.

In true Moto Guzzi fashion, this new engine continues to be a transverse V-twin. While the details of this engine still remain unknown, the large radiator reveals that the V100 Mandello will be liquid-cooled.