The 799cc, parallel-twin engine-powered sport-naked motorcycle has been spotted in India for the first time. 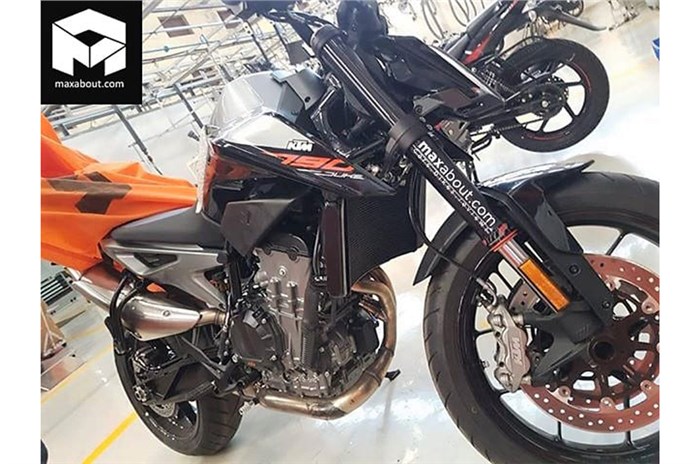 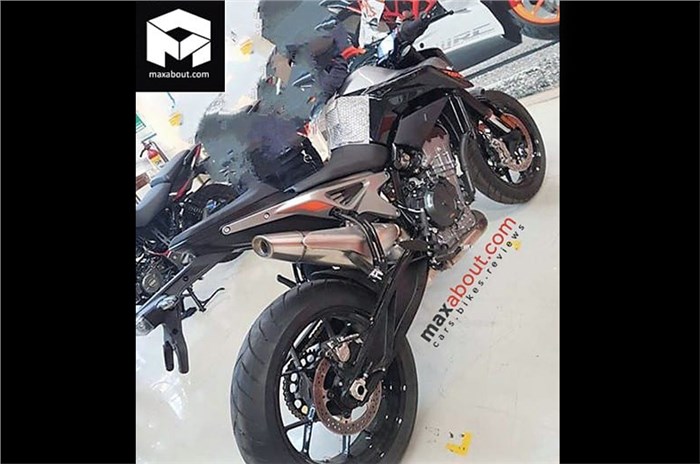 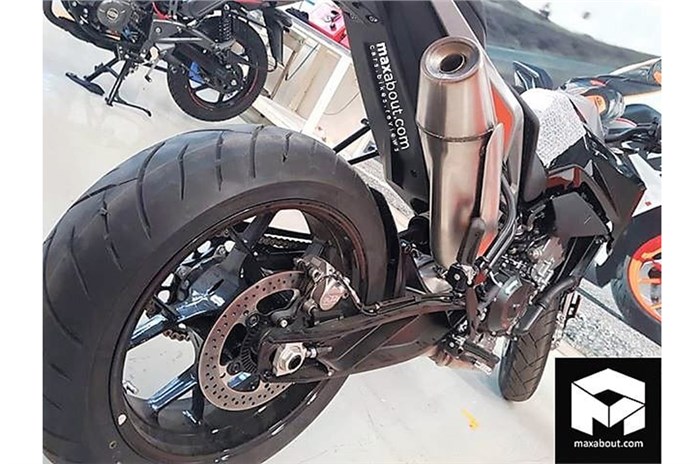 Images of the new KTM 790 Duke inside what appears to be the Bajaj training facility have surfaced. This mid-capacity sport-naked can be seen sitting alongside a Bajaj Pulsar and its spotting further cements the news of its upcoming launch. We also spoke to KTM dealers in India who revealed quite a lot of India-relevant information about the bike.

The dealers revealed that bookings for the bike have commenced at Rs 30,000. They also suggested that the sport-naked will have an ex-showroom price of around Rs 7.5 lakh. As per the dealers, Bajaj has just started conducting training sessions for their mechanics at its facility near Pune.

The 790 Duke is powered by a 799cc, parallel-twin engine that makes 105hp and 86Nm of peak torque, and is mated to a six-speed transmission. With a dry weight of 174kg, the sport-naked motorcycle is one of the lightest in its class. The bike’s steel frame uses the engine as a stressed member, while suspension duties are carried out by a 43mm upside-down fork and a gas-assisted monoshock with a progressive spring, both by WP.

Braking at the front end is taken care of by a 300mm twin-disc setup with four-pot radial-mounted calipers and a two-piston caliper on a 240mm disc at the rear. The 790 Duke features the most comprehensive electronic safety package in the segment, which includes Bosch cornering ABS with a disengageable Supermoto mode, lean-angle-sensing traction control, launch control and four riding modes including a customisable Track mode. A quickshifter and a full-colour TFT dash are also part of standard equipment.

We believe KTM will launch the bike in the next couple of months. It is possible that the company could achieve a competitive, near-Rs 7.5 lakh (ex-showroom) price tag by not only assembling the motorcycle in India, but also localising some of its components. However the extent of localisation, if any, is currently unknown. At this aggressive estimated price, the KTM will be on par with the likes of the Suzuki GSX-S750 (Rs 7.45 lakh) and the Kawasaki Z900 (Rs 7.68 lakh), and significantly below more direct European rivals such as the Street Triple S (Rs 9.19 lakh) and the Ducati Monster 821 (Rs 9.56 lakh).