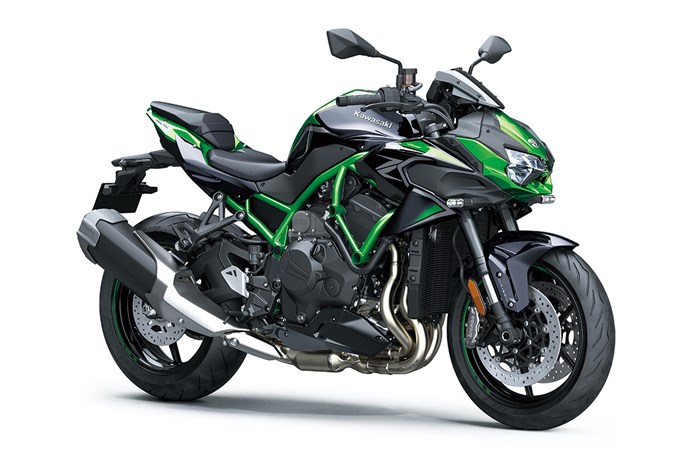 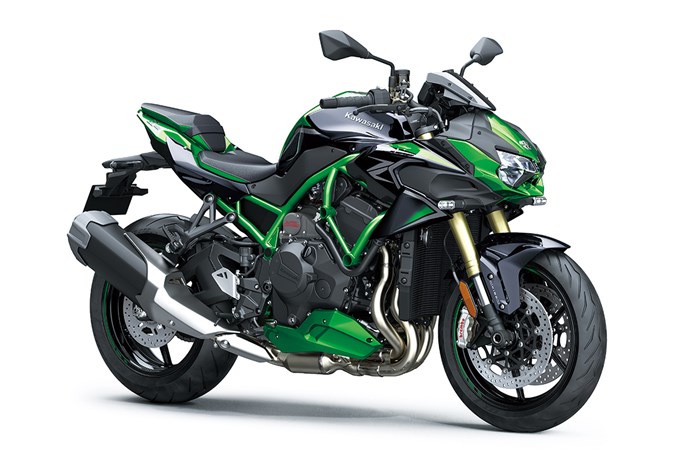 Kawasaki has launched its Z H2 and Z H2 SE at Rs 21.9 lakh and 25.9 lakh. The supercharged naked motorcycle was first revealed back in October 2019.

The Kawasaki Z H2 features a sharp and aggressive design, which is apparent by the mean-looking LED headlamp with two prominent fangs underneath; a floating fly screen completes the streetfighter look. The bespoke trellis frame is exposed and painted in the typical H2 family green shade and this little effect does manage to add some contrast to the black and grey body colour. The SE variant distinguishes itself with a belly pan that’s finished in green instead of black and green stitching on the seat.

The biggest highlight of the Z H2 is the 998cc, inline-four supercharged engine. This motor produces 200hp, which is in the same ballpark as most litre-class superbikes. While the engine architecture is similar to the Ninja H2 superbike’s motor, the engine in the Z is said to be tuned for better low- and mid-range grunt.

Helping the Kawasaki Z H2 manage the power are the electronics. There are four ride modes – Road, Rain, Sport and Rider – the last of which allows one to customise settings. In addition, there are three power modes – Full (200hp), Mid (148hp) and Low (98hp) – which should come in handy while riding over surfaces with reduced traction; for instance, a rain-soaked road. In addition, there are other rider aids such as Kawasaki Launch Control, Traction Control and Cruise control.

The Z H2 also gets a full-TFT display with a standard Bluetooth connection module to pair your smartphone. Once connected via the Kawasaki Rideology App, one can view the bike’s GPS information, such as route travelled, total distance, lean angle, and more.

Suspension duties on the Z H2 are carried out by a fully-adjustable Showa Separate Function Big Piston Fork at the front and a Showa Uni Track, monoshock at the rear. The SE variant benefits from KECS (Kawasaki Electronic Control Suspension) with Showa’s Skyhook technology.

Both the Z H2 and Z H2 SE are available in only one colour scheme - Metallic Diablo Black/Golden Blazed Green. Kawasaki has also revealed that both bikes are built to order, which means customers need to make the full payment while booking the motorcycle.