The all-electric two-wheeler is a balance bike aimed at children between the ages of three and eight. 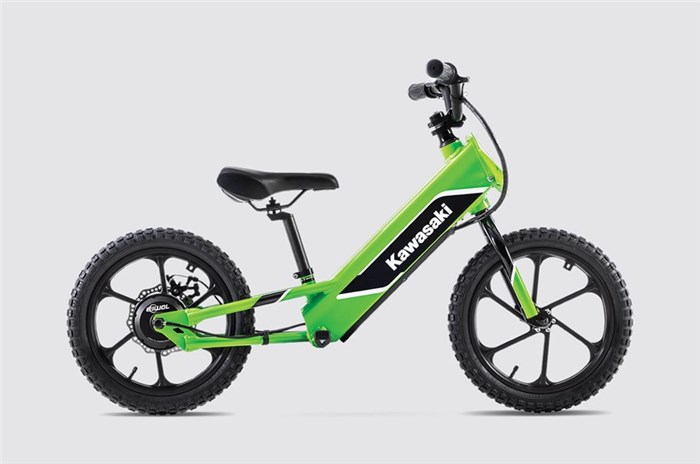 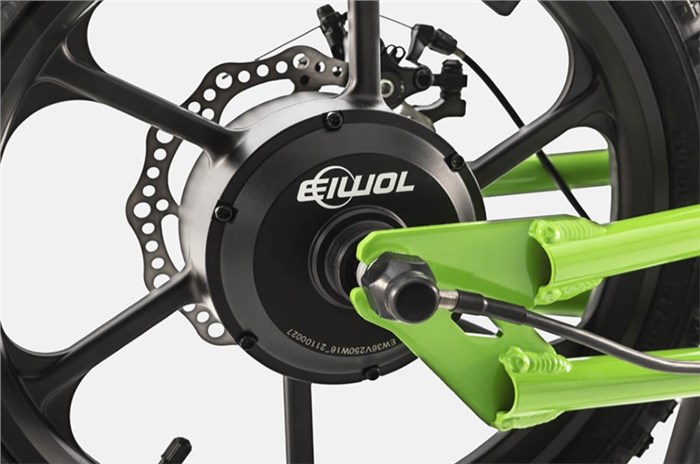 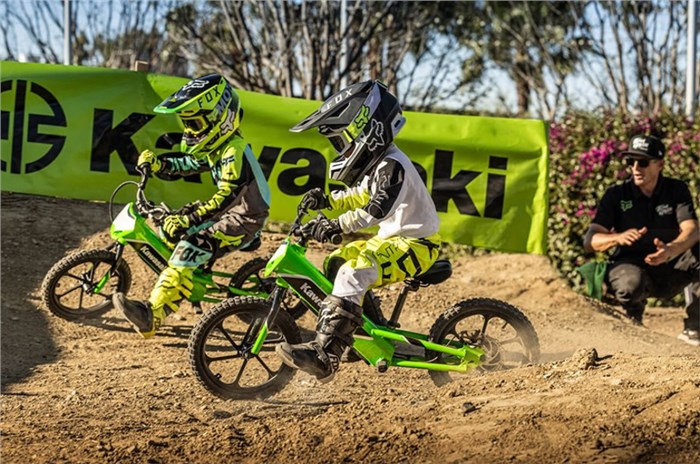 Kawasaki has unveiled its first all-electric two-wheeler, but perhaps it isn’t quite what you were expecting. The Elektrode is an electric balance bike aimed at children who are jumping onto two wheels for the first time.

While the actual details about this balance bike might not be immediately relevant to many of our readers (especially since this product is unlikely to be offered in India), it’s important because of the implications it has on Kawasaki’s future. Team Green has been arguably the most proactive of the Big Four when it comes to electric mobility, and it has even revealed that it is developing hybrid motorcycles.

The rolling out of this balance bike means that the company is now confident enough with its electric technology to begin offering it to customers, albeit at a small scale, in a mild application. The next step, of course, will be a full-sized electric motorcycle or scooter. Until then, here are some details about the Elektrode.

The 36V 5.1Ah battery that’s good for a ride time of more than two and a half hours is a lithium-ion unit that’s housed inside the frame. Power is fed to the rear wheel via a 250-watt brushless, in-wheel electric motor. A full charge takes two and a half hours and as of now, there is only a 5A charging from a regular household socket. No details about a fast-charging option have been revealed yet. Kawasaki claims the battery will hold up for 500 charge cycles after which its battery holding level will shrink to 80 percent of its original capacity.

Kawasaki Elektrode: Ease of use prioritised

Electronic rider aids have come such a long way that now a fully-electric balance bike aimed at children now features riding modes. The three riding modes on offer are Low, Medium and High capping top speeds of the Elektrode at 8kph, 12kph and 20kph respectively. Toggling between the rider modes requires you to enter a passcode which ensures parents control the speeds at which their children zip around. If these speeds are also too much to handle, the footpegs can be folded out of the way and it can be used as a pushbike.

Kawasaki has aimed this bike at kids of ages three to eight. At the risk of stating the obvious, physical changes in kids between these ages are quite substantial. Keeping this in mind, the handlebar and seat are adjustable in much the same way as the one on a bicycle. The load bearing capacity of the Elektrode is rated at 45kg.

The frame on the Elektrode is made of aluminium, and the bike features no suspension. It rolls on 16-inch cast aluminium wheels with slightly off-road biased tyres and a 160mm rear disc brake with an adjustable brake lever position. The Elektrode tips the scales at just 15kg and comes in the distinctive Kawasaki ‘Lime Green’ shade.

Kawasaki has launched the Elektrode at a price of $1,099 in international markets but as we mentioned earlier, it is a long shot the Elektrode will make it to Kawasaki showrooms in India.

What do you think of the idea of electric balance bikes? Would you consider one for your child? Let us know in the comments section below.