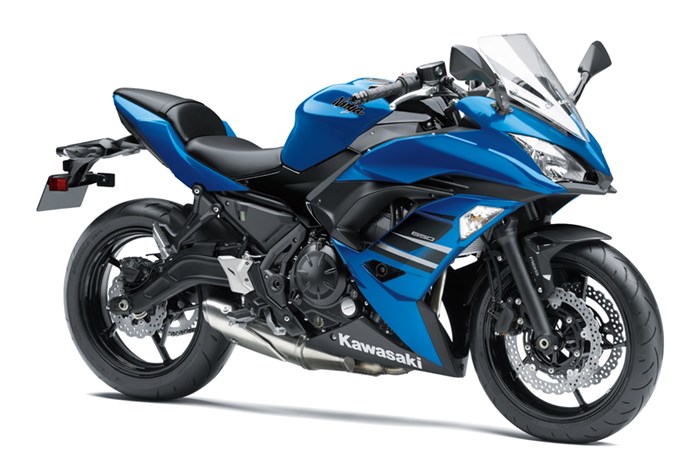 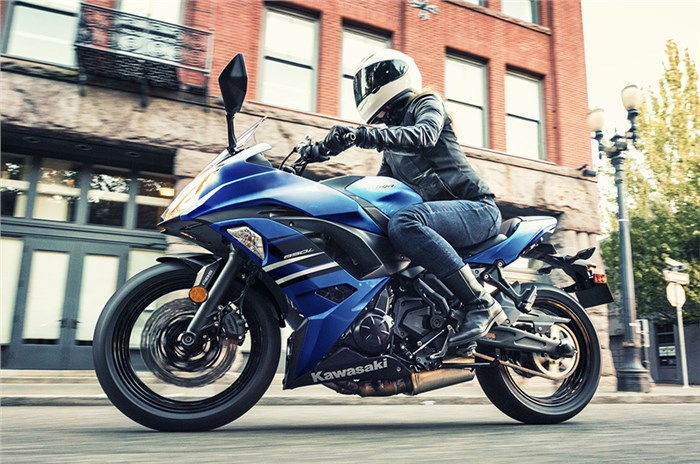 Kawasaki has introduced a new blue colour to its Ninja 650 ABS, priced at the same Rs 5.33 lakh (ex-showroom, Delhi) as other standard Ninja 650s. The addition of this new colour also sees the previously offered black colour discontinued.

In all other aspects, the entry-level premium motorcycle is unchanged and continues with the 649cc, parallel-twin motor that produces 68hp and 65.7Nm of peak torque and is mated to a six-speed gearbox. The 790mm seat height, 15-litre fuel tank, 140mm of ground clearance, 1,410mm wheelbase and 196kg kerb weight are also unchanged.

The launch of the blue colour Ninja 650 is the first for the Japanese manufacturer in the new year; 2017 saw Kawasaki launch quite a few new bikes like the Vulcan S, Versys-X 300, Versys 650 and Ninja 650 ABS KRT edition (which came with Kawasaki Racing Team decals).

At the Auto Expo 2018, the Japanese brand is expected to showcase its new Ninja 400, the Ninja ZX-10R SE, Ninja H2 SX and display a bevy of new dirt bikes.