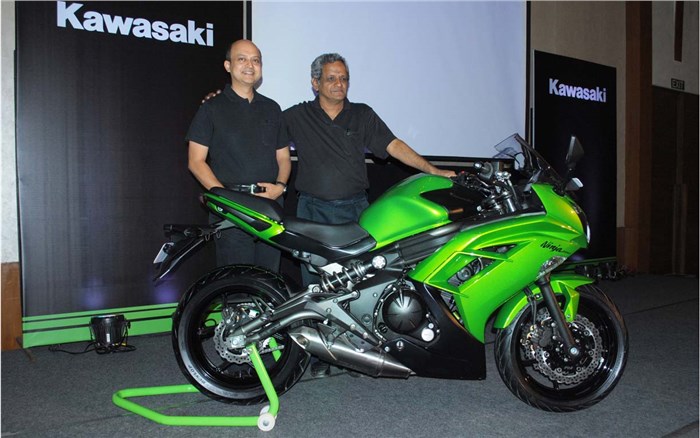 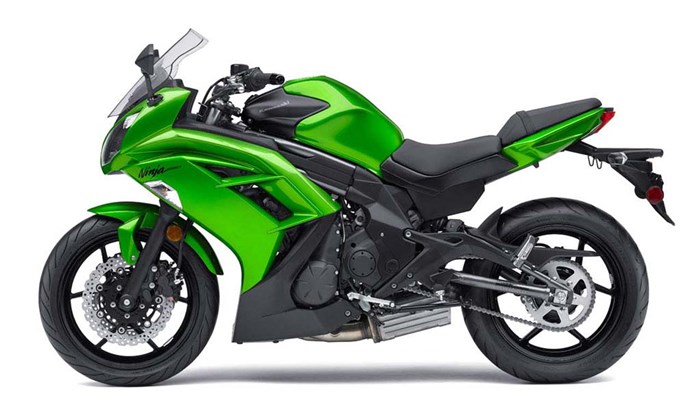 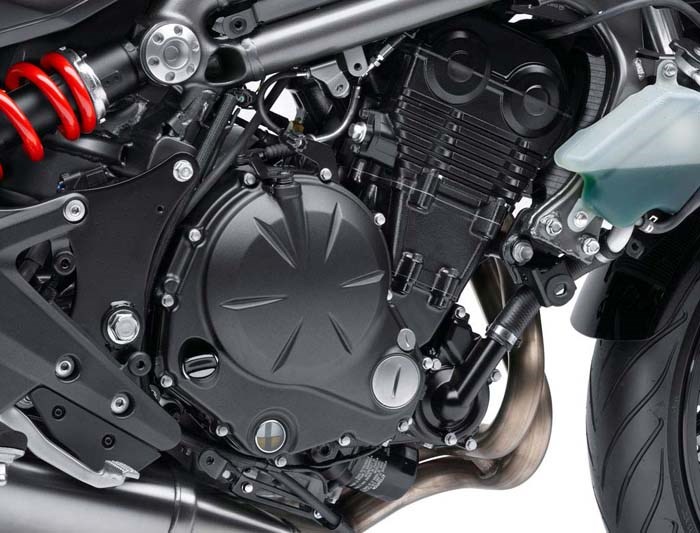 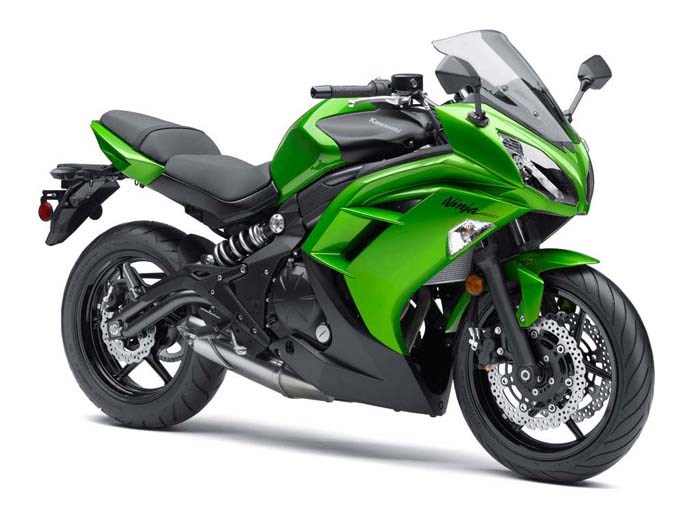 Kawasaki and Bajaj have launched their 2012 model Ninja 650 in India.

The 650cc twin-cylinder bike now comes with up-to-date styling, having its body panels redesigned with styling cues from larger Ninja models, while sharpening up the rounded angles seen on the outgoing model, to make a contemporary, meaner looking bike. Wider panel gaps are seen in the interests of better engine heat dissipation. The visor is three-stage adjustable, requiring a tool to shift between a 60mm range to suit individual rider heights and riding styles.

The new Ninja’s ignition key slot is located over its fuel tank, allowing for clear, unobstructed view of the instruments. The console is LED-powered and white backlit, with an analogue tachometer, indications for average fuel consumption, remaining rideable range and an economy riding mode indicator in addition to the regular readouts. Sleek LED brake warning is visible at the tail. The 2012 Ninja 650’s fuel tank is slightly larger, and the new model uses a more compact battery. Kerb weight is up a few kilos, now around 208kg.

The engine remains Kawasaki’s proven, powerful, 649cc, parallel-twin, liquid cooled and four-stroke unit, with low and mid-range torque delivery improved thanks to a revised exhaust. Expect scintillating performance from this approximately 71bhp, six-speed bike, the older model being capable of a genuine 200kph top speed, with scorching acceleration, setting an impressive 0-160kph time of 12.06 seconds under testing with us.

The latest 650R comes with rubber damped split seats with better cushioning, and rubber mounting is also provided for the 20mm wider handlebar and rider footrests. The frame and swingarm are new, both fabricated from high tensile twin pipes. Suspension has likewise been modified, with 5mm extra stroke in front and 2mm extra at the rear, a familiar and visible near-horizontal single strut. Spring ratings have been lowered, in the interests of improved ride quality and sportier handling. And while petal type disc brake sizes remain a constant front and rear, the pad material used is superior for better brake performance.

Kawasaki’s new Ninja 650 offers a whole lot more, for a smashing price of Rs 4,99,834 (ex-showroom, Delhi), and goes on sale backed by Bajaj’s vast, proven Probiking sales and service. The bike will be sold in India exclusively in Kawasaki's trademark green colour. Look out for more detail in our upcoming ride story, to feature in the shortly releasing Autocar India September 2012 issue.