We take a close look at the new H'ness CB350, Honda's answer to the Royal Enfield Classic 350. 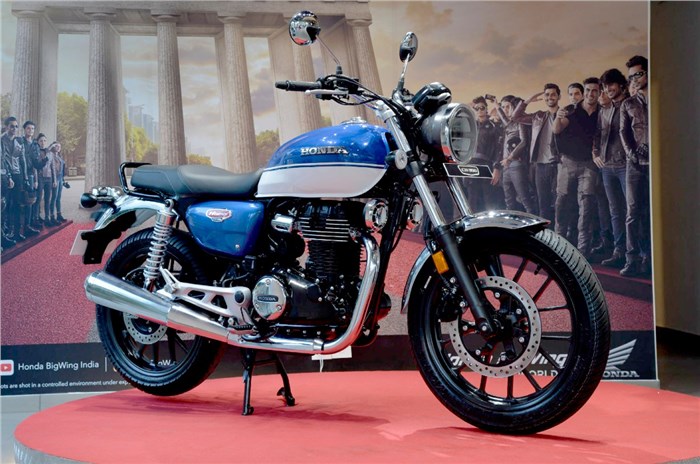 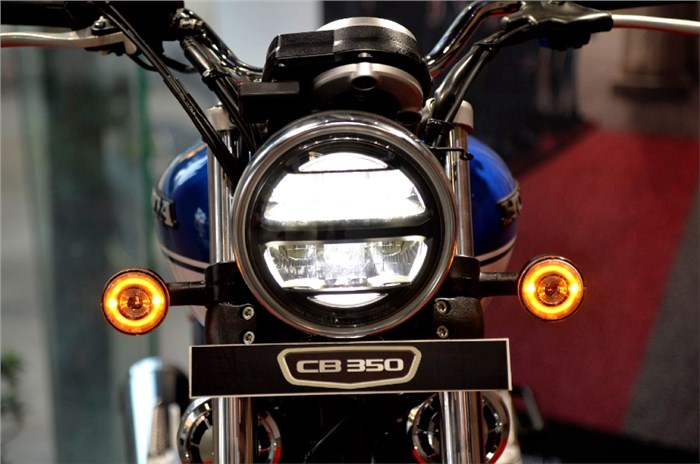 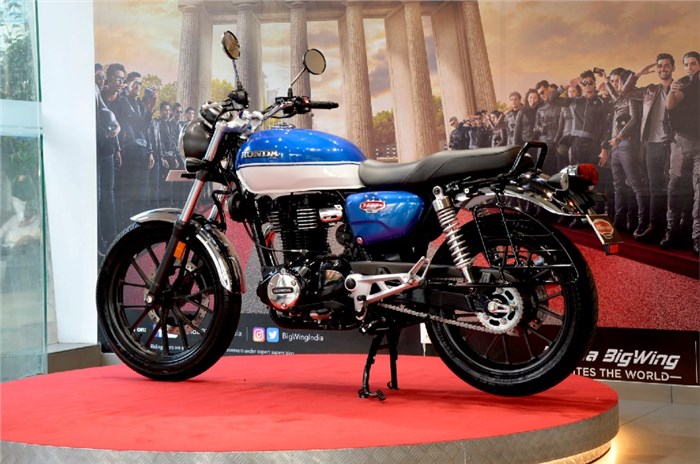 The Honda H'ness CB350 is the Japanese company's first modern-classic motorcycle for our market, aimed squarely at the Royal Enfield Classic 350. The H'ness CB350 is available in two variants- DLX and DLX Pro. 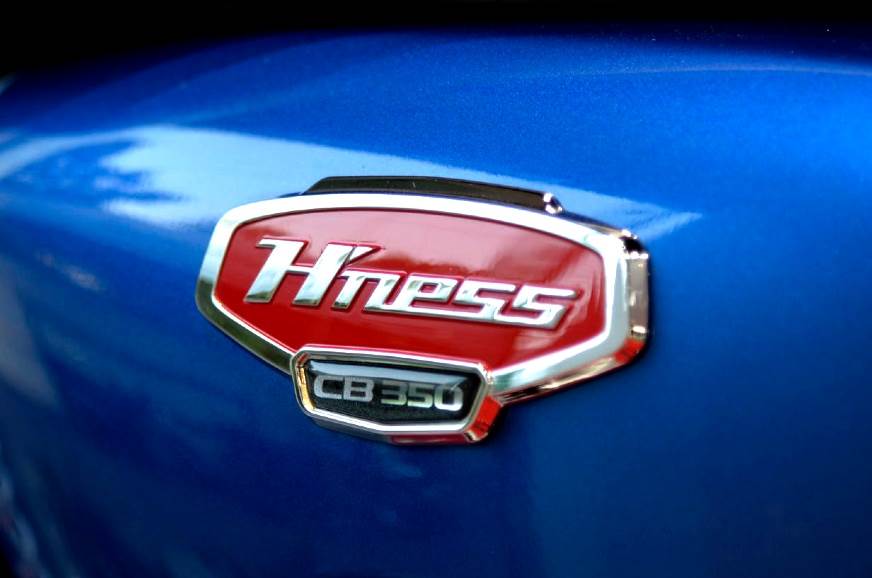 Honda clearly used the design language of yesteryear's CB motorcycles as an inspiration while styling the new H'ness CB350. Take the dual tone paint job on the DLX Pro variant (single tone on the DLX) that is reminiscent of the 1980 Honda CB 350.

On the other hand, some of the body panels on the Honda H'ness CB350, like the chunky 15-litre fuel tank, the 'Honda' badge on it or the shape of the chrome fenders, remind you of the CB1000RS, a retro inspired motorcycle that's sold in international markets. Another notable bit is that it is the first motorcycle in the segment to feature all-LED lighting.

In terms of ergonomics, the H'ness CB 350 has a single piece seat and a seat height of 800mm. The chrome handlebar is pulled back slightly while the foot pegs are placed in a neutral position for a relaxed riding posture, says Honda. 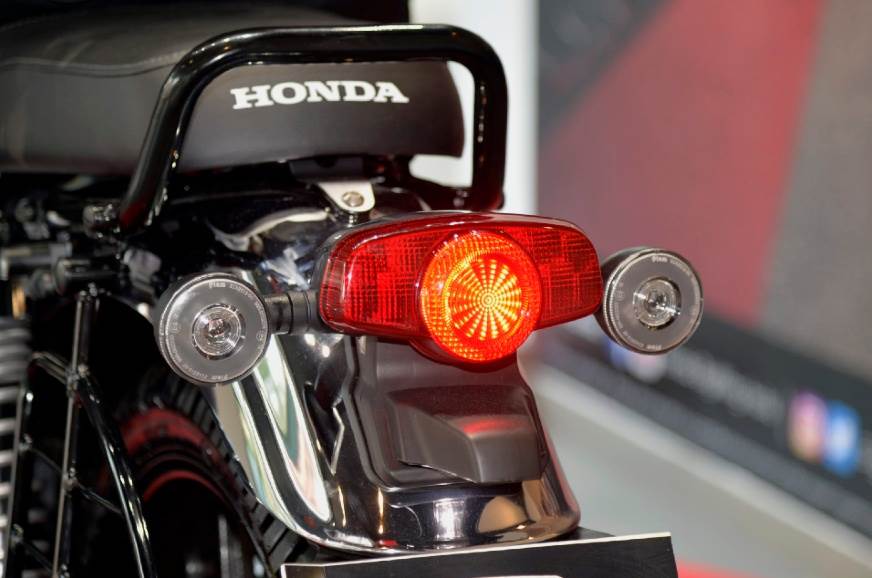 Honda has developed a brand-new engine for the H'ness CB350 with emphasis on low-end torque and rideability. This is apparent when you look at the engine specifications. The 346.36cc, air-cooled, single cylinder engine produces 21hp at 5,500rpm and 30Nm at 3,000rpm only.

Honda has worked extensively on the exhaust note to give it a thumpy tune, in keeping with the design of the motorcycle. As far as vibrations are concerned, Honda claims to have taken care of that by employing balancer shafts. 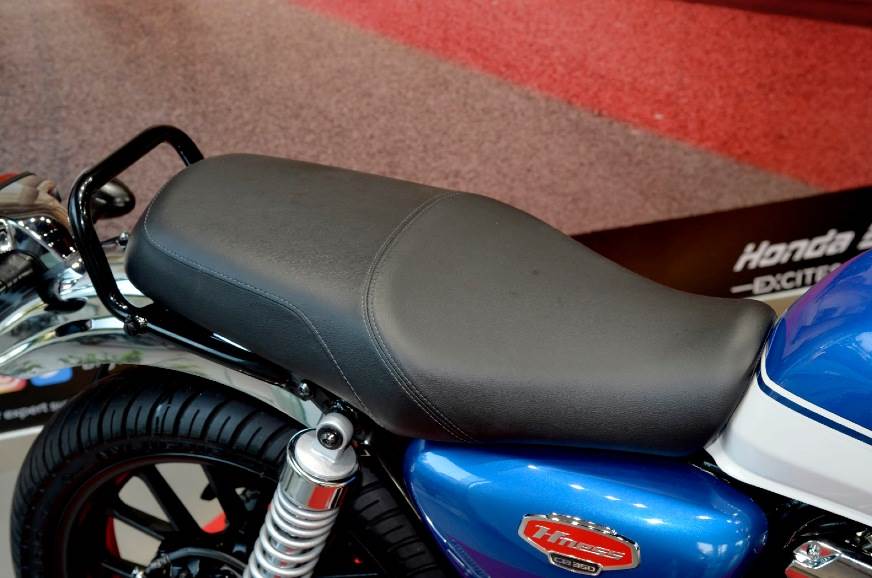 The H'nees CB 350 has been built completely from the ground up. It employs a newly developed frame that Honda calls the Half-Duplex cradle frame. The engine mounts on the frame are set low in order to improve handling and feedback, says Honda.

The suspension components include a telescopic fork and twin hydraulic shocks at the rear.

In terms of dimensions, the H'ness CB 350 is 2163mm long, 800mm wide and 1107mm tall. The wheel base measures at 1441mm while the motorcycle is relatively light too, tipping the scales at 181kg (kerb) which is around 14kg lighter than the Royal Enfield Classic 350. The motorcycle offers 166mm ground clearance which is the best in the segment.

The motorcycle features a 310mm disc, mounted on the front wheel spokes, as has been the case with most Honda motorcycles in recent times. There is a 240mm disc at the rear. Honda offers dual channel ABS as standard. 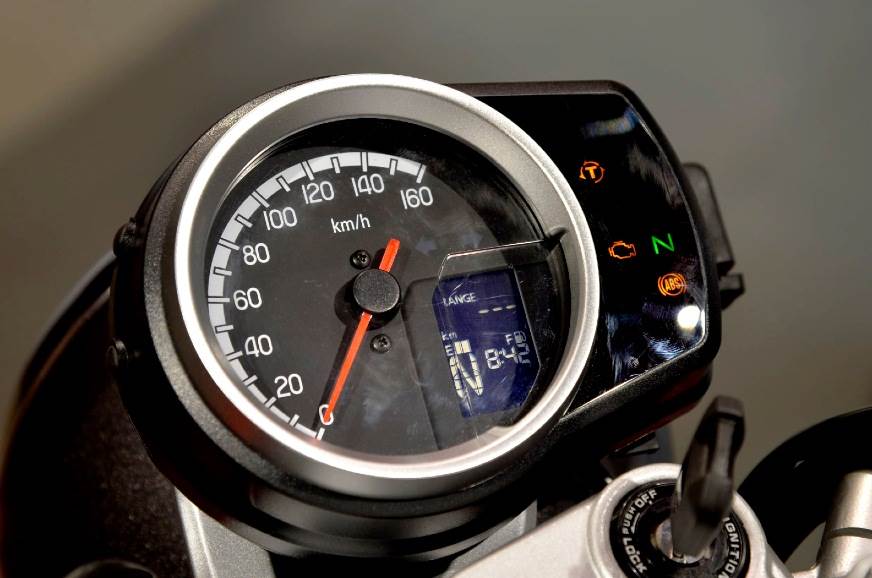 Honda H'ness CB350's segment first features list is quite long. Besides the slip and assist clutch that we had mentioned earlier, the H'ness CB350 gets a side stand down indicator with an engine cut off feature.

Also, it is the first motorcycle in the segment to feature traction control. Called the Honda Selectable Torque Control system (HSTC), it detects wheel slip and adjusts the engine torque to prevent an incident. The system can be turned off if not required.

The DLX Pro variant also gets the new Honda Smartphone Voice Control (HSVC) feature. It allows the rider to pair his/her smartphone with the analogue-digital instrument cluster via Bluetooth and a dedicated mobile app. The system offers Bluetooth telephony, navigation, music playback and voice message readouts. The voice functions require the rider to have aftermarket Bluetooth speakers installed inside a helmet. The rider can access the functions of the HSVC system by using dedicated buttons on the left switch cube.

The H'ness CB350 will be sold and serviced at Honda's Big Wing network, that is dedicated to the company's premium offerings only. That may have an impact on the availability and servicing, however, Honda is looking to expand the number of Big Wing outlets in the upcoming months.

Considering the competitive price point of the Honda Highness CB350, should the Royal Enfield Classic 350 (Rs 1.78 lakh) Benelli Imperiale 400 (Rs 1.99 lakh) and the Jawa 42 (Rs 1.69-1.74 lakh) be worried? Or will the upcoming Royal Enfield Meteor 350, which is also based on a new platform, spoil the party for Honda? Let us know in the comments.