Bike maker's first rider event for Apache owners – held in Vagator, Goa – is expected to see over 3,000 attendees; a dirt-race track will also be open for participants. 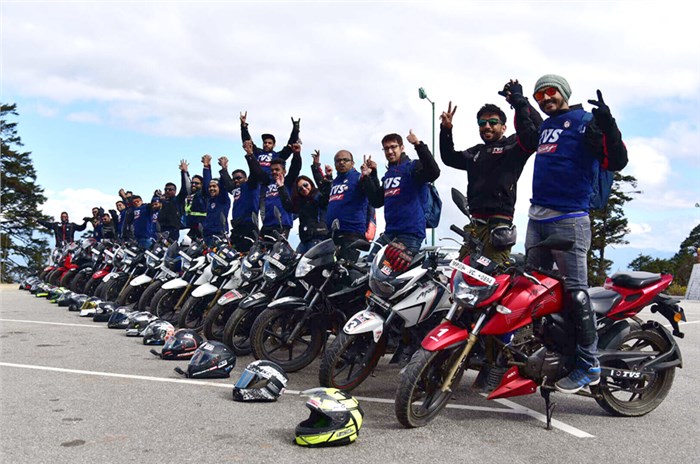 TVS’ latest venture, MotoSoul, is one meant to unite Apache owners all over the world. To be held on October 18-19, 2019 in Vagator, Goa, the event is expected to witness a footfall of 3,000. MotoSoul promises to give owners the opportunity to interact with racers, the TVS R&D team and more. Owners will also be allowed to experience a dirt track that will be set up at the event.

There are already multiple TVS Apache owners groups – both in India and overseas. However, this one will be the first official gathering, akin to Royal Enfield’s Rider Mania. TVS tells us that it has sold 3.5 million Apache bikes since 2005 and its AOG (Apache Owners Group) has been getting more and more active, all around. This event was created as a platform to unite AOG customers and make them even more involved with the brand.

MotoSoul will have stunt-riding displays, supercross performances by TVS’ professional athletes and as well as multiple engaging activities for customers to take part in. A dirt track will be set up and timed competitions will be held for AOG customers; the fastest rider being awarded at the end of each day.

Members from the Sherco TVS Rally Factory Team, as well as TVS’ local track and dirt racers, will be present at the event. MotoSoul will begin as an annual event in India, but could also make its way to overseas markets in the future.