The Ducati Multistrada V4 is the first motorcycle to feature adaptive cruise control. 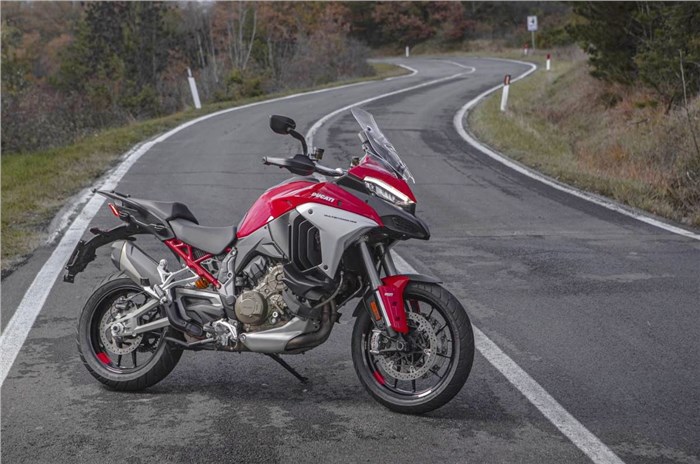 The Ducati Multistrada V4 has been launched in India in two variants, prices start at Rs 19 lakh.

Powering the Multistrada V4 is the ‘V4 Granturismo engine’. This engine misses out on the company’s Desmodromic valves and makes do with a spring valve return system, a change that has contributed to the huge service interval. The company claims a 60,000km interval between a valve check which is double the distance than that of the V-twin powered Multistrada 1260.

Ducati has added that the engine has been tuned to improve the riding experience at lower revs. The company claims that its Euro 5 (BS6) compliant engine makes 170hp at 10,500rpm and maximum torque of 125Nm at 8,750rpm. At 66.7kg, the V4 Granturismo engine is 1.2kg lighter than the Testastretta twin-cylinder used on the Multistrada 1260.

The standout feature is the bike's front and rear radar system, which allows the use of Adaptive Cruise Control (ACC) and Blind Spot Detection (BSD).

The Multistrada V4 is equipped with an aluminium monocoque frame, 19-inch front wheel and 17-inch rear wheel, capable of accommodating spoked wheels. It has a wheelbase of 1,567mm and ground clearance of 220mm. The V4 S, meanwhile, weighs 1kg more at 218kg. The fuel tank capacity is 22 litres. 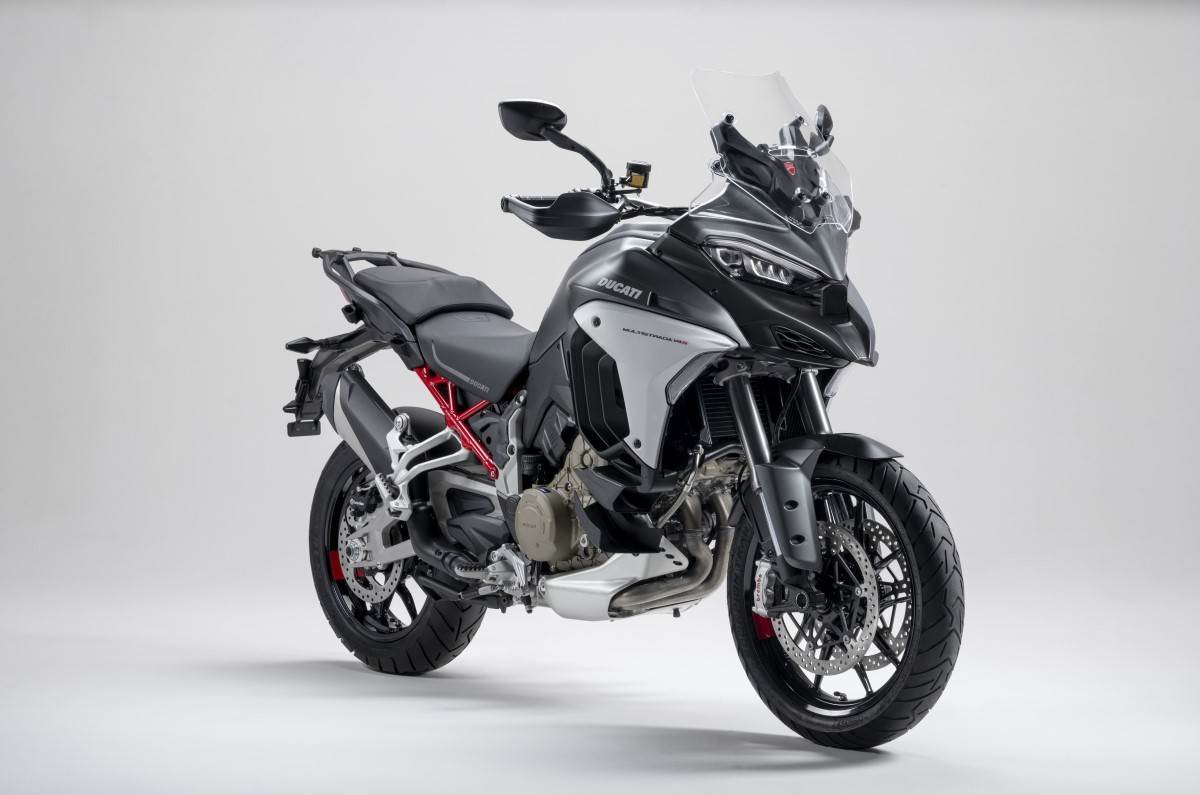