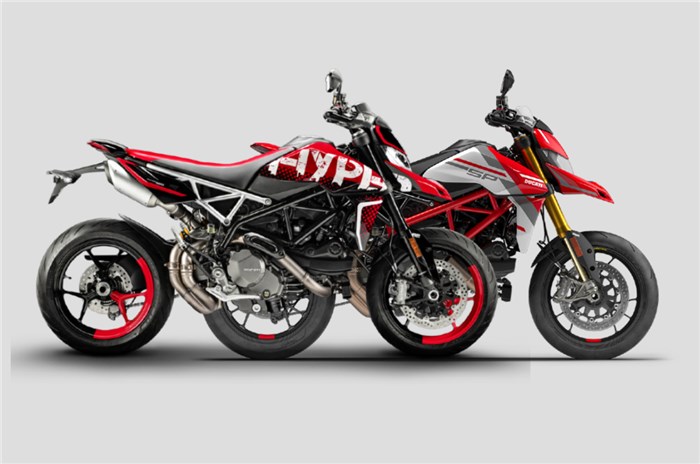 Ducati has launched the updated Euro 5 (BS6) compliant Hypermotard 950 in India. Ducati has skipped the standard variant and only launched the Hypermotard RVE, priced at Rs 12.99 lakh, and the top-spec SP variant, which will set you back by Rs 16.24 lakh (ex-showroom, India). The Hypermotard is available in three variants internationally – 950, 950 RVE and 950 SP.

Ducati has updated the Hypermotard 950 range this year to meet the stricter Euro 5 (BS6) emission norms. Despite this, the 937cc, V-twin continues to make 114hp and 98Nm –unchanged from the older model. All three variants also use the same engine and gearbox.

Speaking of the gearbox, it has now been tweaked to make it easier to engage neutral at a standstill, similar to the improvements made to the Ducati Monster and Supersport 950, with the gearbox drum using reduced friction bearings. Ducati has also added load to the gear level spring which is said to help prevent false neutrals.

The RVE uses a slightly lower-spec Marzocchi fork and Sachs monoshock and its aluminium wheels come with Pirelli Diablo Rosso III tyres, while the SP comes shod with Pirelli Diablo Supercorsa SP tyres. The RVE also misses out on carbon fibre components, like the front fender, which makes it around 2kg heavier than the SP, at 200kg. 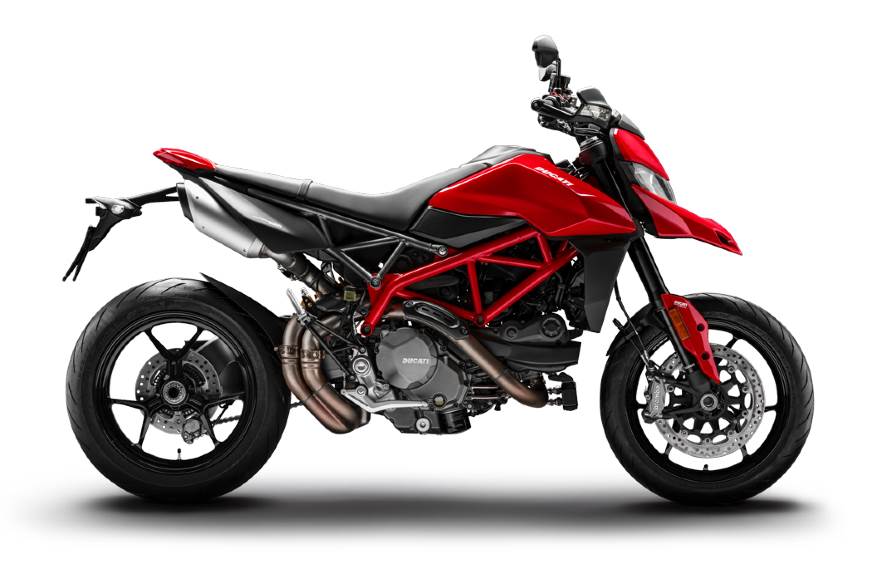