Our list of the best bikes in India under Rs 2.5 lakh include the Bajaj Dominar 400, Royal Enfield Himalayan, Suzuki Gixxer 250, TVS Apache RR 310 and the Husqvarna twins. 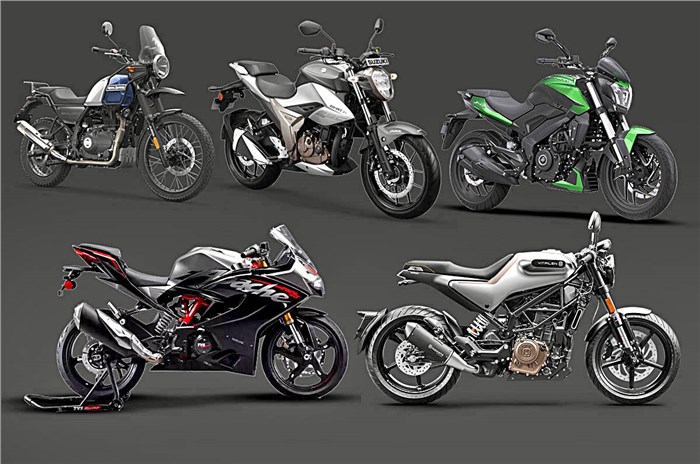 The Rs 1.5-2.5 lakh bike segment is among the most exciting ones in India. The models in this segment are relatively affordable, and also happen to be some of the most interesting and fun bikes in the country.

As always, we’re considering the ex-showroom prices and not the final on-road costs. The bikes are also listed randomly and not in order of preference.

The Dominar 400 uses a low-slung, muscular stance that gives it quite a bit of road presence. Its fully-digital instrument cluster is not a full-colour unit, but it does display a lot of information, including real-time fuel efficiency, fuel range, average speed, gear position and more.

Bajaj also took the Dominar's power figure much closer to the KTM 390 Duke, and it achieved this by moving to a DOHC setup, while retaining the unique three-spark plug design. The 373cc, single-cylinder engine produces peak power and torque figures of 40hp and 35Nm, respectively.

Suspension is taken care of by a USD fork and monoshock, and the bike comes equipped with dual-channel ABS as standard.

The first-generation Himalayan was plagued with reliability issues and Royal Enfield did address a majority of them when it launched the BS4-spec bike a couple of years ago. Though a stark improvement over the older one, it did have a few niggles and flaws.

Now, with its latest update, Enfield has made some more changes. The BS4 update saw Royal Enfield drop the carburettor for fuel injection and this has been carried over to the new bike as well. And so, what has helped the Himalayan achieve its BS6-compliant status is the addition of a catalytic converter and changes to the EMS (Engine Management System).

Off-road enthusiasts will appreciate the fact that the ABS can now be switched off on the rear wheel, allowing all the sliding action that the older bike denied you.

The 250cc Gixxers from Suzuki have proved to be very likeable machines. We’ve ridden them on a racetrack and on our roads and have been left quite impressed.

At the launch of the Gixxer SF 250 last year, the manufacturer had revealed the bike was developed with the upcoming BS6 norms in mind and now, with the addition of a new exhaust and ECU, Suzuki has updated it to comply with the more stringent emission norms.

One of the biggest updates is the move to ride-by-wire throttle, and this, in turn, has allowed TVS to introduce four ride modes – Rain, Urban, Sport, and Track. The modes, in essence, alter engine power, throttle response and ABS settings from.

It shares the same body panels as the previous model but gets a new dual-tone paint scheme that livens up the appearance. A highlight feature is the new 5.0-inch, colour TFT instrument panel with Bluetooth. Called the TVS Smart Xconnect, it allows users to pair their smartphone to the screen and run a number of functions via the TVS Connect App.

These Husqvarnas share mechanical components with the KTM 250 Duke and are powered by the same 248.8cc, single-cylinder, liquid-cooled motor mated to a 6-speed gearbox. The bikes make 30hp at 9,000rpm and 24Nm of torque at 7,500rpm, while weighing 153kg (dry) (Vitpilen) and 154kg (Svartpilen), respectively.

The styling on the bikes is identical to their respective 401 counterparts, except that the duo use alloy wheels instead of wire-spoke units. The wheels are shod in MRF tyres.

The KTM 250 Duke, which is the motorcycle the Husqvarna twins are based on, deserves special mention. It would have made the list, but the Husqvarnas are around Rs 25,000 cheaper, which makes them hard to ignore. 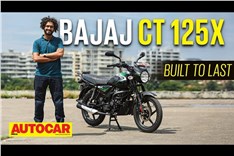