Entry-level Benelli scrambler and adventure tourer motorcycles to be in the Indian market by the end of the next financial year. 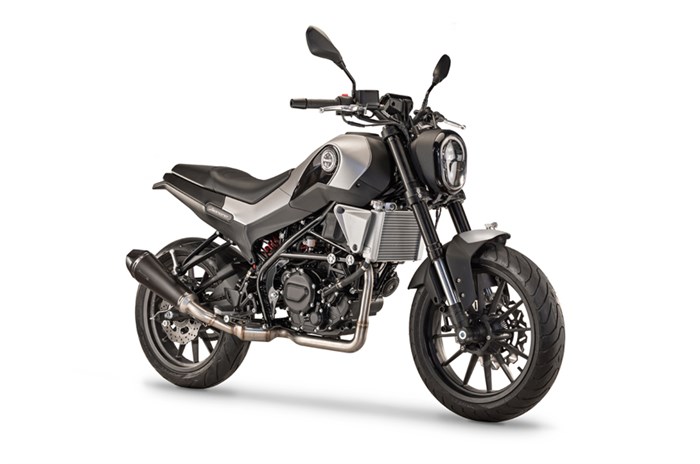 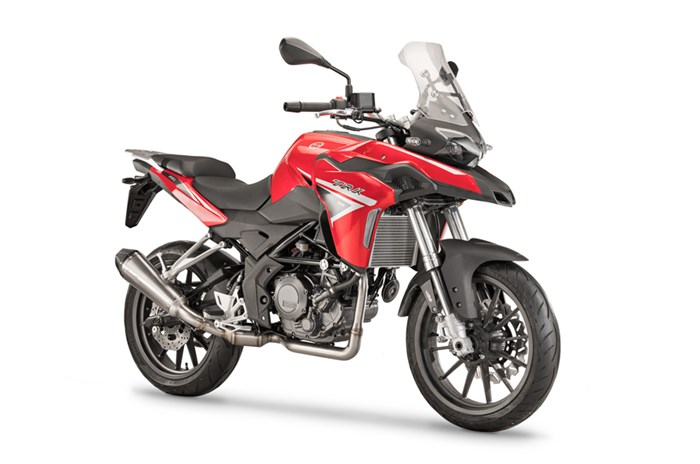 As reported before, Benelli will be commencing its second innings soon in India with the Mahavir Group. The Chinese-owned brand announced that it will be bringing in seven new products to our market by the end of next financial year (March 2020). Two of these new offerings are the TRK 250 and the Leoncino 250 – the motorcycles which will play a vital role in Benelli’s comeback.

Interestingly, the bikes are presently known as the TRK 251 and the Leoncino 251, but the presentation shown to us at the company event in Hyderabad referred to them as the TRK 250 and Leoncino 250. Although Benelli has been known to change the name of some of its products in our market before (for example, the BN 302 became the TNT 300). These aren’t the first single-cylinder motorcycles from Benelli for our market as we did have the TNT 25 on sale here; but that bike has now been discontinued. So let’s take a closer look at the two upcoming 250cc Benelli motorcycles for India.

The new motorcycle is the entry-level scrambler offered in the Benelli portfolio. As the name suggests, its neo-retro styling is similar to the Leoncino 500. Being a 250cc offering, though, the Leoncino 250 is more compact than its bigger sibling. The quarter-litre motorcycle has been equipped with an oval-shaped all-LED headlight and a fully digital instrument console. It was first unveiled as the Leoncino 251 at the 2017 EICMA motorcycle show and will go on sale in international markets by late-2018.

The Leoncino 250 is expected to be launched in India next year. It could be the most affordable Benelli bike in our market with an estimated price at around Rs 1.8-2 lakh. However, prices could drop in future as Benelli has plans to localise components for its motorcycles in India. What works in favour of the Leoncino 250 is the fact that there isn’t any other affordable scrambler motorcycle on sale in India at the moment.

Powering the Leoncino 250 is a 249cc, single-cylinder, liquid-cooled motor based on the Benelli TNT 25’s mill, mated to a six-speed gearbox. However, the engine on the Leoncino 250 produces 25.8hp and 21.2Nm of torque, while the TNT 25’s powerplant delivered a lower 25.5hp and a higher 21.5Nm of torque.

The Leoncino employs a steel trellis frame suspended on 41mm USD forks up front and a monoshock unit at the rear. Braking duties are handled by disc brakes on both wheels, while dual-channel ABS is standard. The scrambler runs on 17-inch alloy wheels fitted with a 110/70 section tyre at front and a 150/60 section rubber at rear. Saddle height stands at 810mm and the motorcycle weighs 153kg (dry weight). The Leoncino 250 has a fuel-tank capacity of 14 litres. While it doesn’t have any direct rivals, the expected pricing would imply that it would take on the KTM 250 Duke, although the KTM is significantly more powerful.

The TRK 250 is the scaled-down version of the TRK 502 and the entry-level adventure tourer offered in Benelli’s product line-up. It was unveiled as the TRK 251 the 2017 EICMA motorcycle show, alongside the Leoncino 251. The motorcycle's styling is similar to the TRK 502, but it’s more compact and features a side-slung muffler unlike the underbelly unit seen on its elder sibling. The bike also misses out on the 502's hand guards. The entry-level adventure tourer is expected to be launched in India alongside the Leoncino 250 before the end of the next financial year. The TRK 250 is likely to be priced under Rs 2.5 lakh (ex-showroom).

Powering the bike is the same quarter-litre motor seen on the Leoncino 250 producing 25.8hp and 21.2Nm of maximum torque. The six-speed gearbox has also been carried forward to the new model. It employs a steel trellis frame and suspension hardware consists of USD forks and a monoshock unit at the back. It’s worth noting that suspension travel quoted on the Benelli website is similar to the Leoncino 250 – 120mm up front and just 51mm at the back. In comparison, the BMW G 310 GS has 180mm of travel on both ends, while the Royal Enfield Himalayan has 200mm suspension travel at the front and 180mm at the back. However, the TRK does have a ground clearance of 200mm compared to the Leoncino 250’s 180mm (both the Himalayan and the G 310 GS have 220mm ground clearance). Its seat height is also marginally higher than the scrambler offering and stands at 835mm. The fuel-tank capacity is also larger at 17 litres, while it weighs 153kg (dry weight). Going by this, the TRK 250 comes across as what could be a good touring bike, albeit one that would prefer staying on tarmac.

Providing anchorage are a 280mm single disc brake up front and a 240mm unit at the rear. Dual-channel ABS is standard. Similar to the Leoncino 250, the TRK 250 also runs on 17-inch alloy wheels with road-focused tyres. The Benelli TRK 502 will be offered in two variants – spoke wheels and enduro street tyres (TRK 502 X) and alloy wheels with road-spec tyres – but the TRK 250 will only be offered as a single variant. In terms of competition, the Benelli offering is likely to be positioned between the Royal Enfield Himalayan (Rs 1.7 lakh) and the BMW G 310 GS (Rs 3.49 lakh). Both prices are ex-showroom, India.