This new name tag joins a fairly long list of names that Bajaj has trademarked recently but is yet to use. 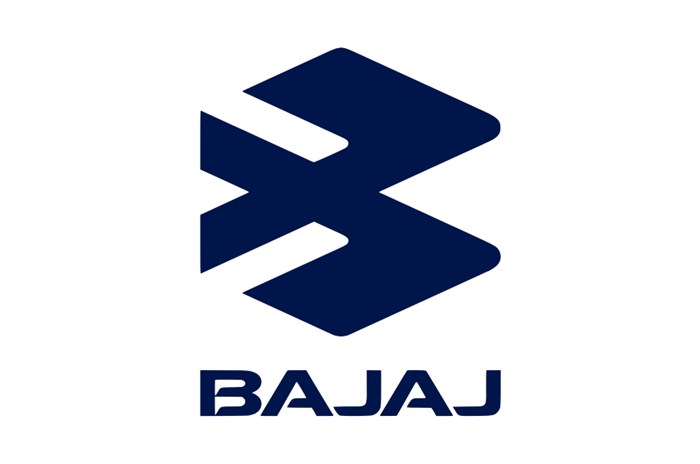 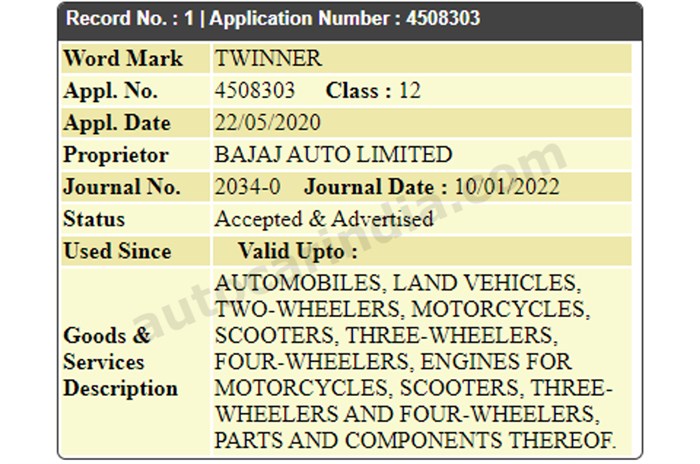 The latest news from the world of motorcycles is that Bajaj has trademarked the name ‘Twinner’ in India. It applied for the trademark way back in May last year, and the application was approved earlier this month.

And so Twinner joins a list of interesting names that Bajaj has trademarked recently but is yet to use. Others on the list include Freerider, Fluir, Fluor and Neuron, all of which sound like they could be names for two-wheelers but are yet to find their way onto the side of one.

There’s no guarantee that the Twinner name is even intended for a two-wheeler – the trademark filing says that it can be used for two-, three- or even four-wheeled vehicles. So, there is the possibility that Bajaj might use the name for one of its commercial vehicles.

As far as two-wheelers are concerned, Bajaj has no twin-cylinder motorcycles in its current line-up, nor does it seem close to launching one anytime soon. Yes, the company is in partnership with KTM and Triumph, at least one of whom is currently developing a mid-capacity twin cylinder engine. But it's going to be some time before we see even the possibility of a such an engine finding it's way into a Bajaj motorcycle. So it will be interesting to see if, when and how this name tag is used.