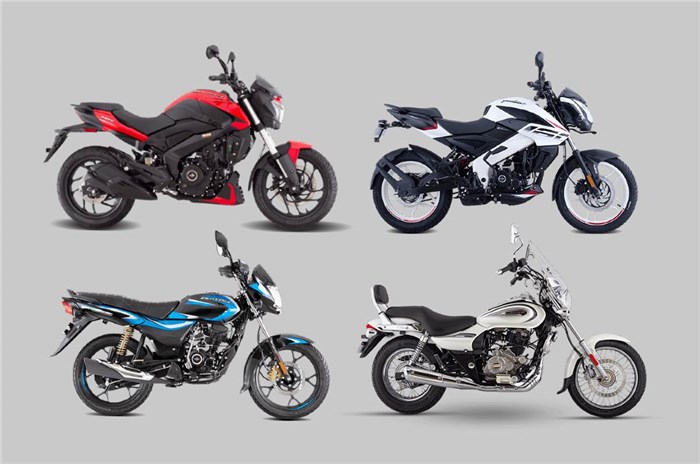 With 3,48,173 units sold, Bajaj has surpassed Hero to become the highest motorcycle seller in April 2021.

With a sales figure of 3,72,285, Hero sold a higher number of two-wheelers than Bajaj in April 2021, but 32,956 of them were scooters. What this means is that Bajaj Auto sold 8,844 more motorcycles than Hero MotoCorp. Hero's lower numbers are attributed to the company having voluntarily closed its plants from April 22 to help curb the spread of COVID-19. Bajaj also had a massive advantage when it came to exports, as its number stood at 2,21,603 units as compared to Hero’s 29,671.

Bajaj Auto pioneered the sports motorcycling segment in India with the launch of the Pulsar in 2001, which continues to be the market leader in the country and in several overseas markets. In FY2021, Bajaj Auto sold over 10.25 lakh Pulsars globally. The company says over 80 percent of its exports come from markets where it enjoys a No 1 or a No 2 position.

To support the rising demand for its products globally, Bajaj Auto recently announced a major investment of Rs 650 crore in a fourth plant to be built at Chakan, Maharashtra, for its premium motorcycle brand portfolio and the Chetak electric scooter.