The two iconic British manufacturers are to collaborate for a limited edition motorcycle that will be revealed at EICMA on November 5. 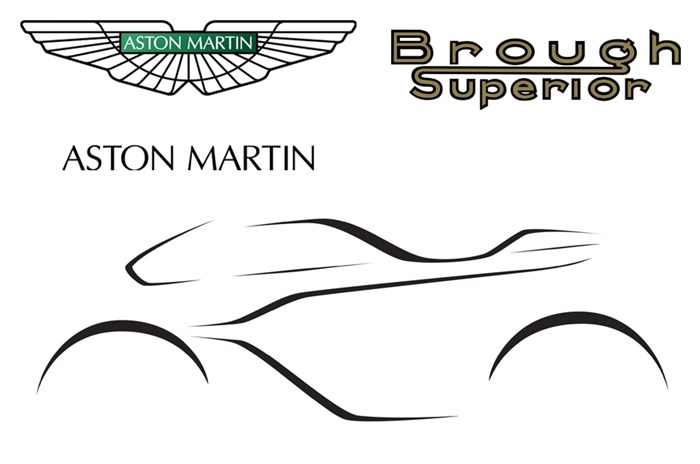 Yesterday, Aston Martin announced that its iconic winged emblem will make its way onto a motorcycle for the first time. The product will be the result of a collaboration between the British car manufacturer and Brough Superior – an iconic motorcycle manufacturer, also from Britain – and will be unveiled at EICMA in Milan on November 5, 2019.

Brough Superior Motorcycles was established in Nottingham, England, in 1919, by George Brough and built 19 models until production stopped in 1940. In their 21-year production run, the bikes became highly sought after by the upper echelons of society. In 2008, Mark Upham, a vintage motorcycle collector, acquired the rights to the Brough Superior name. A few years later, in 2013, with the help of motorcycle designer Thierry Henriette, a prototype of a new SS100 (a model produced between 1924-1940) was showcased in Milan. Based on this prototype, the new generation of Brough Superior bikes stay true to the roots of the originals in terms of design and use of materials.

During the announcement of the bikemaker working with Aston Martin, a sketch of a motorcycle was revealed – albeit one that gives away almost nothing about what to expect. The design does look futuristic and we could expect this to be an all-electric motorcycle. Considering that Aston Martin has recently been showing interest in electric technology (with the revival of the Lagonda brand) this is a possibility. It has also been revealed that the upcoming motorcycle will be a limited edition model.

What to expect from this collaboration is purely speculation at this point, and we’ll know what’s on offer is just a little over a week’s time. Stay tuned!