The spy pics of the KTM Duke reveal many big changes, including an off-set monoshock. 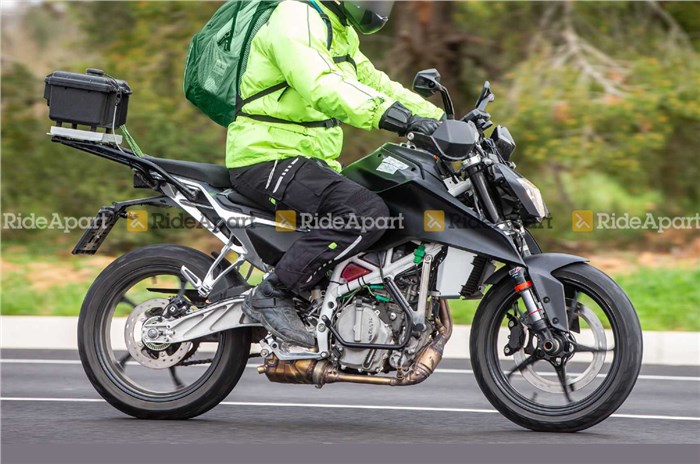 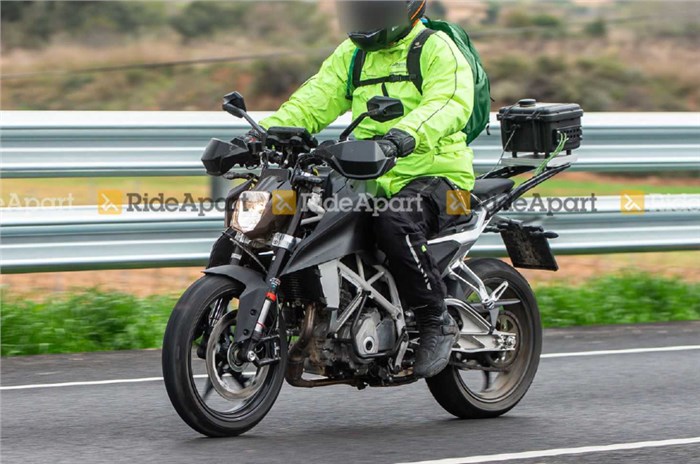 KTM has been spotted testing its new range of single-cylinder Dukes, as per the spy images that have surfaced on the Internet. While online reports suggest that the motorcycles spotted are the new KTM 125 Duke and KTM 250 Duke, we believe that these test mules could in fact hint at what the entire range of the next-gen 125-390 KTM Dukes will offer. After all, it would make more financial sense for the company to develop one platform for the entire range.

It is pertinent to note that the current KTM Duke family debuted in 2017, beginning with the 390 Duke. That design and chassis has been handed down to the smaller Dukes as well, namely the 250 Duke and more recently the 125 Duke. Given the fact that it is already 2021, a new range of KTM Dukes could be coming next year.

After poring through the images, it is clear that KTM is testing a variety of components, be it in the chassis, bodywork or equipment.

To begin with, the trellis frame looks new, with more cross members that should result in a stiffer setup. Look closely and you'll also notice new mounting points for the engine, and the engine casings themselves look different to the ones in the current Dukes. Whether KTM has made major changes to the engine internals and whether they'll make more power remains to be seen. 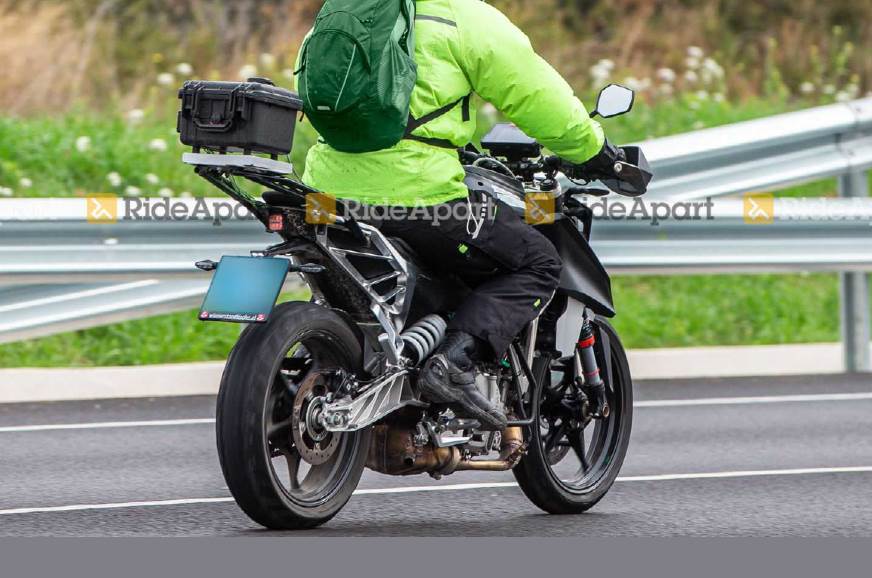 You'll notice a big change at the rear with the move away from a trellis subframe, something already seen on the likes of the 890 and 1290 Dukes.

Look below and you'll also see a brand-new lattice type swing arm with a bracing arm. The biggest change is seen in the offset monoshock, in contrast to the centrally mounted one on the current KTM Dukes.

The test mules we see here bear some body work, notably a larger tank and sharp looking tank extensions that seem to be inspired from the twin-cylinder Dukes. Then there's the new five-spoke alloys that seem to be taken off the new KTM RC390.

The test bike is also seen with a halogen headlamp, suggesting it could be one of the smaller models. However, that could be one of the many parts that are being tested right now. What is worth noting is that the current range of single-cylinder Dukes sold in international markets, including the 125 Duke, have LED lights.

Overall, it is still early to speculate about what the new Duke family would look like and what features will make it to the production model. What is expected, however, is that the new single-cylinder Duke family will share the same chassis components, to keep costs in check.

The new KTM Duke range should go on sale in India shortly after it is revealed, which is likely to happen in 2022-2023. Watch this space for more details as and when they emerge.