Joins the 200hp+ club with its new flagship litre-class motorcycle that benefits from HRC’s knowledge and prowess. 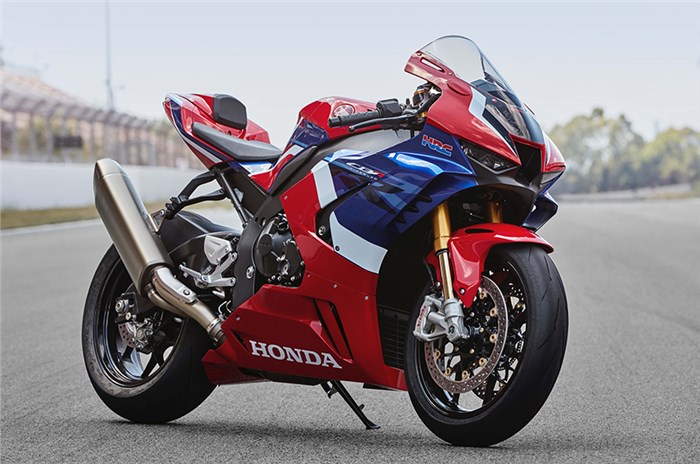 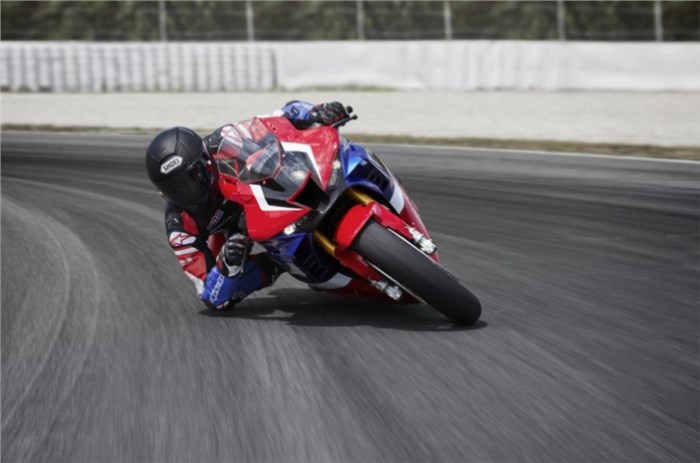 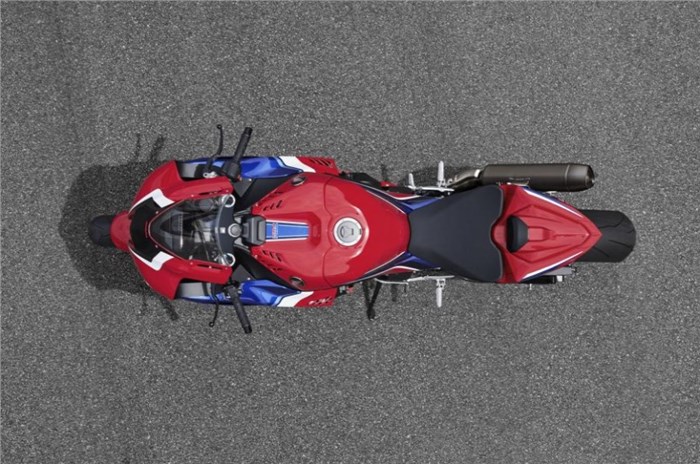 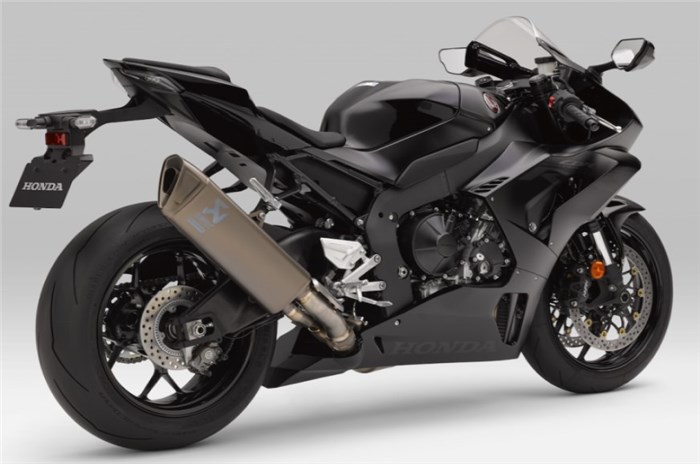 The styling, to begin with, is sharper than before, with a clear focus on improving aerodynamic efficiency. A sleek pair of LED headlamps are separated by a central ram-air duct, providing unobstructed flow to the intake port. This was achieved by opting for keyless ignition, which enables Honda to eliminate the key barrel. The new fairing features winglets on with side, which can generate a claimed downforce equivalent to the 2018 Honda RC2013V MotoGP machine. Then there’s the fuel tank that sits lower than before, allowing the rider to tuck in properly behind the fairing, again aimed at punching a hole through the air as efficiently as possible. The tail piece is pretty condensed; and on the whole, Honda has come with a compact litre-class machine. That said, the new Fireblade is 5kg heavier than the outgoing model, tipping the scales at 201kg.

That shouldn’t be a concern, though, considering the all-new 999.9cc, liquid-cooled in-line four-cylinder engine produces a stonking 214hp at 14,500rpm and 113Nm of torque at 12,500rpm. The standard Akrapovič exhaust system, with a rather long tail pipe, should result in a sweet in-line-four sound.

The new engine’s Bore x Stroke figures are identical to that the MotoGP bike’s motor (81mm x 48.5mm) while friction-reducing exotic materials, such as a diamond-like coating (DLC) and Titanium rods on the cams also reduce weight. The motor is paired to a 6-speed transmission that sends power to the fat 200-section rear tyre.

The engine is placed within a new aluminium chassis with greater flex for improved rider feel. There’s a new swingarm as well and with the wheelbase going up to 1,455mm, it should result is better mid-corner stability and feel.

The standard CBR1000RR-R Fireblade gets Showa BPF fork at the front and a Showa BFRC-Light monoshock at the rear, whereas the higher-spec Fireblade SP gets Öhlins electronic suspension at the front and rear. Honda has attached the rear monoshock directly to the back of the engine, eliminating the need of complex link-type brackets. Both variants of the new Fireblade get dual 330mm discs; however, the base variant gets Nissin calipers while the SP uses Brembo’s Stylema brake calipers.

As is expected with a top-flight litre class machine, there are a host of electronic rider aids assisted by a new Bosch six-axis IMU. There are nine levels of traction control, launch control and ABS and all of this can be accessed and controlled via the new 5.0-inch colour TFT dash.