Honda will locally manufacture the 2022 Honda CB300R; come with a slipper clutch. 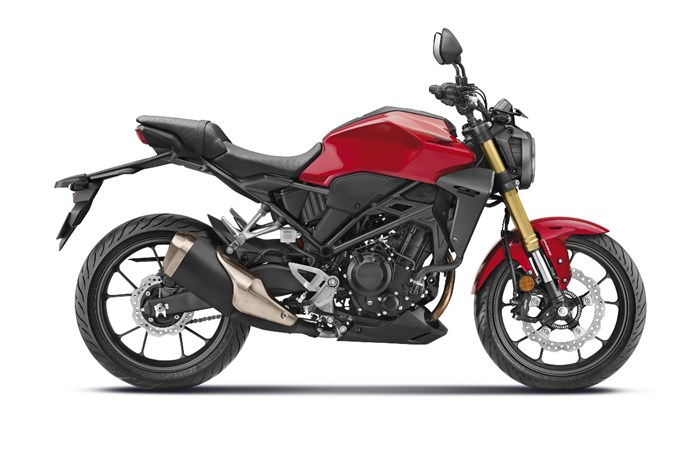 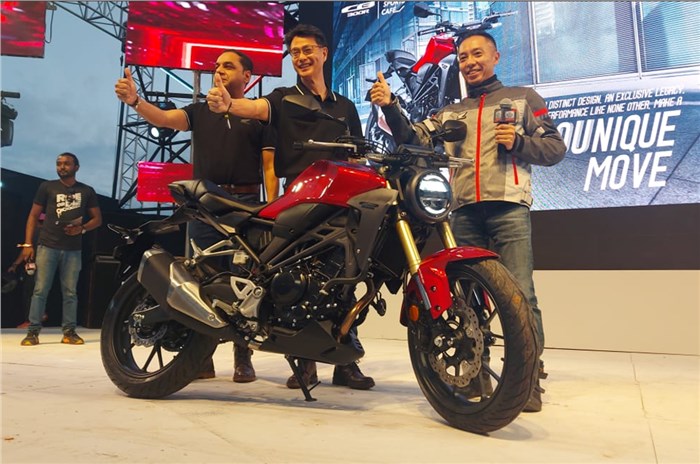 Honda has showcased an updated, BS6 (Euro 5) compliant version of the CB300R at India Bike Week. The naked motorcycle will go on sale in India in January 2022. For reference, the BS4 model was priced at Rs 2.41 lakh.

The Honda CB300R was sold in India between February 2019 and April 2020, and was discontinued when BS6 regulations came in. The company has now revealed that the naked motorcycle will be reintroduced in India as locally assembled model.

Propulsion on the BS4-spec CB300R came from a 286cc, four-valve, single-cylinder, liquid-cooled DOHC motor that was paired to a 6-speed gearbox. This engine made 30.4hp at 8,000rpm and 27.4Nm of torque at 6,500rpm. While Honda is yet to reveal the specifications of the new BS6 model, they are expected to be quite close to the BS4 one.

Interestingly, Honda has not launched a Euro 5 (BS6) spec version of this motorcycle in international markets yet, which means India could be the first to get the updated bike

Components like the suspension and brakes appear to be similar to the older model, but the fork appears to be finished in a shade of gold. The radiator cowl also appears to have a darker shade than before.

The BS4 model in India was a CKD import, which resulted in a rather high price of Rs 2.41 lakh. Honda was unable to price it as competitively as the made-in-India KTMs at the time. It remains to be seen if Honda can change this with the reintroduced model. For reference, the KTM 390 Duke now costs Rs 2.87 lakh, while the BMW G 310 R is priced at Rs 2.60 lakh

Honda’s premium Big Wing network has also been growing at a steady rate and dealers will be pleased to have another reasonably affordable motorcycle to sell alongside the popular H’ness CB 350 and CB 350 RS. The company has 88 touchpoints and is expected to reach 100 by the end of the financial year.

What are your thoughts on the reintroduction of the Honda CB300R? Let us know in the comments below.