It’s taken a long time, but Honda’s 300cc platform finally debuts in India with the CB300R. 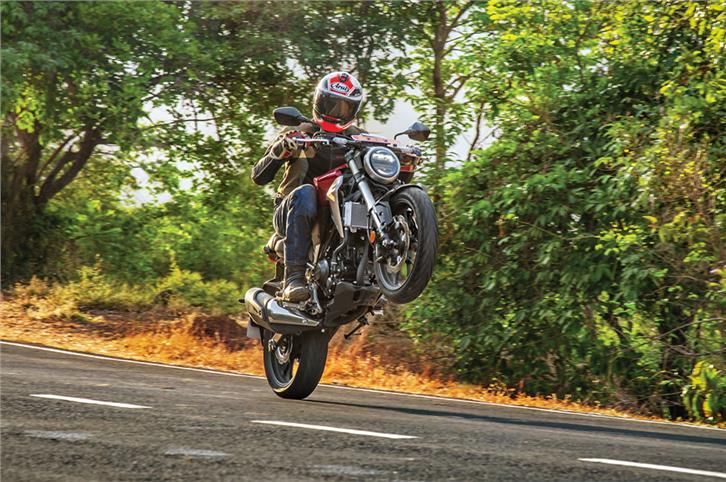 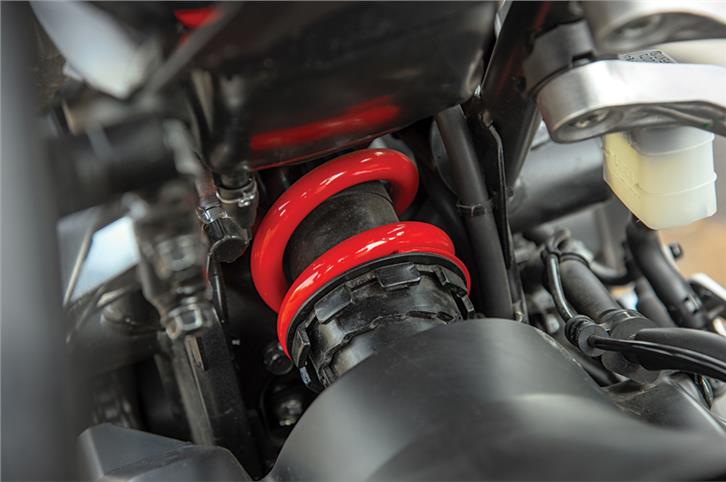 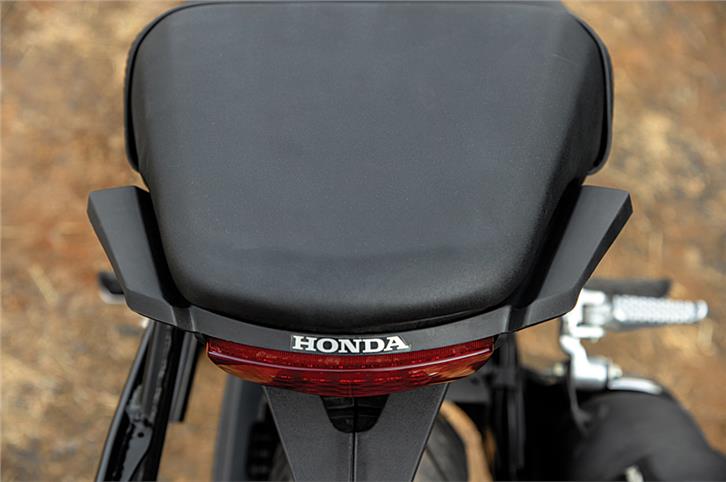 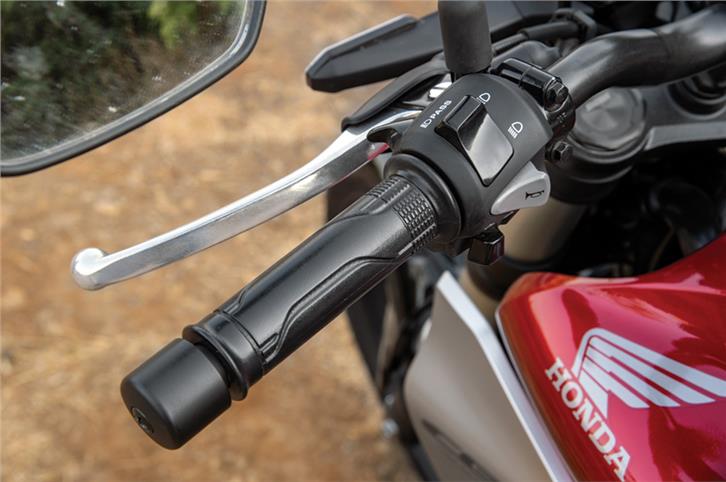 Honda’s priorities in India have seen a slight shift in the past couple of years. Where the company used to seemingly deploy every resource in the quest of being No. 1 in our market, it’s become evident that Hero isn’t going down without a fight. In fact, the gap in sales volume actually grew last year. But don’t feel bad, because this has actually gotten the Japanese giant to focus more of its might on a much smaller group of people for a change – us, the enthusiasts. Honda’s big bike line-up is ever growing. It recently announced a new Silver Wing business vertical dedicated to premium bikes and has just opened its first big-bike-only Big Wing showroom in Gurgaon. And the best part is that when Honda makes a move, the rest usually follow.

Of course, Gold Wings and Blades remain a dream for most, and it’s been years since Honda offered a reasonably priced motorcycle that’s of any interest to the enthusiast. Now, five years after its 300cc platform replaced the CBR250R, (which still languishes in our market), we finally have a taste of what progress feels like. Say hello to the CB300R. 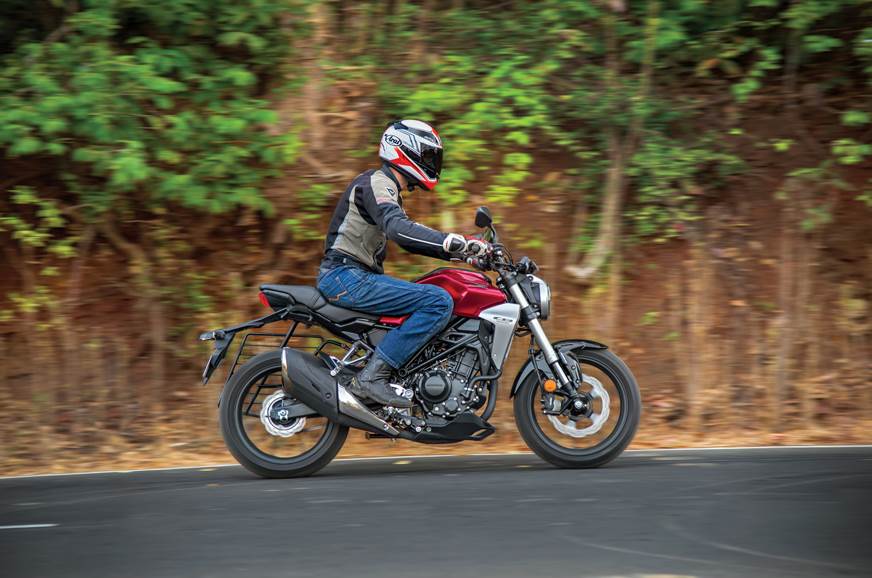 The CB300R is compact and has a very practical seat height.

You’ll want to take your time with that first hello, because this is a fine-looking machine and there’s so much detail to take in. The first thing that took me off guard is how compact it is – it isn’t as big as it looks in images. The smaller dimensions probably contribute to how Honda managed a kerb weight of under 150kg, and the good news is that the proportions haven’t suffered and it still comes across as a muscular design that’s very easy on the eyes.

The round, full-LED headlamp is obviously retro-themed, but the fuel tank is long and chiselled and those radiator shrouds with their brushed aluminium look add a real sense of class. A new 41mm USD fork does wonders in giving the bike powerful stance and you can’t miss the unique cylindrical LED indicators. Also something you don’t usually see on small machines like this is a naked aluminium housing for the radiator, which looks fantastic from afar, but a little roughly finished when examined closely. 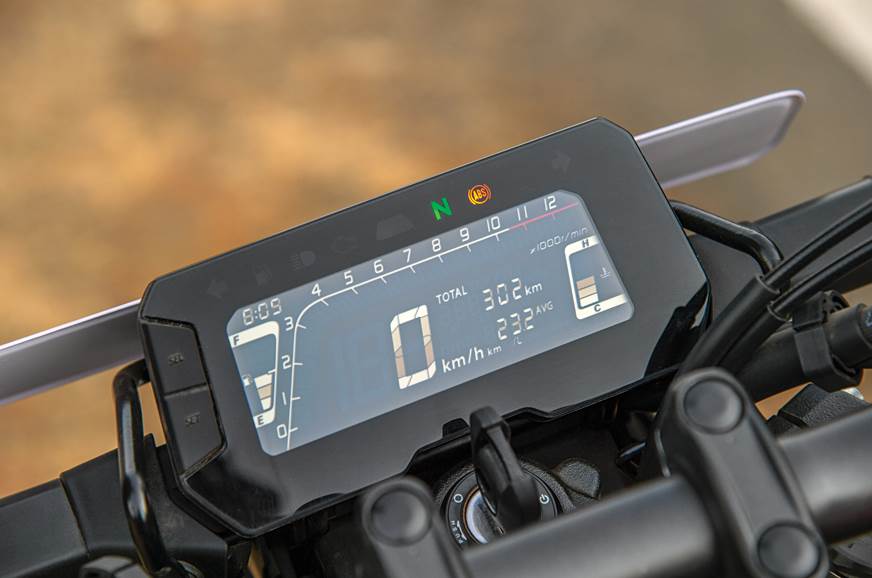 The rear section is clean and uncluttered with a split seat design, a neatly executed LED tail-lamp and cleverly designed grab handles. The lower section seems a bit cluttered though, with a large but decently executed exhaust on the right and an enormous saree guard on the left. Facing the rider is a clean-looking LCD display that is well laid out and easy to read, but is missing a gear position indicator. The switchgear seems to be of high quality, but the indicator button is where the horn’s usually is and this gets quite annoying.

What's new with the engine?

The biggest question in your mind is probably what this 30.45hp, 300cc Honda engine feels like. Well, for starters it’s actually 286.01cc, which is up from the earlier 249cc. Sound and feel-wise, it’s very familiar. Refinement is decent, but there are some mild vibrations above 8,000rpm, which get stronger near the 11,000rpm redline. Performance-wise, the engine definitely feels more potent at all points in the rev range and this comes down to two things. Naturally, there’s the extra 3.9hp and 4.5Nm, but perhaps more significantly, it is the fact that it weighs a whole 20kg less than the CBR250R.

Our performance tests highlight the advantage of lower weight, and this bike is quicker than you’d expect, managing to just sneak under the 7sec mark in the 0-100kph run. Power delivery is linear, a 100kph cruise is easy and 140kph arrives without too much stress. With some determination, you should be able to see well above 150kph on the clocks, possibly even 160. Flexibility at city speeds is a strong point too, and I’d say this is the nicest city bike in its segment, given the easy dimensions, tight turning radius, light clutch and decent heat management. The upside of its weight shines once more, this time in the form of impressive fuel efficiency – 28.1kpl in the city and 37.4 on the highway. 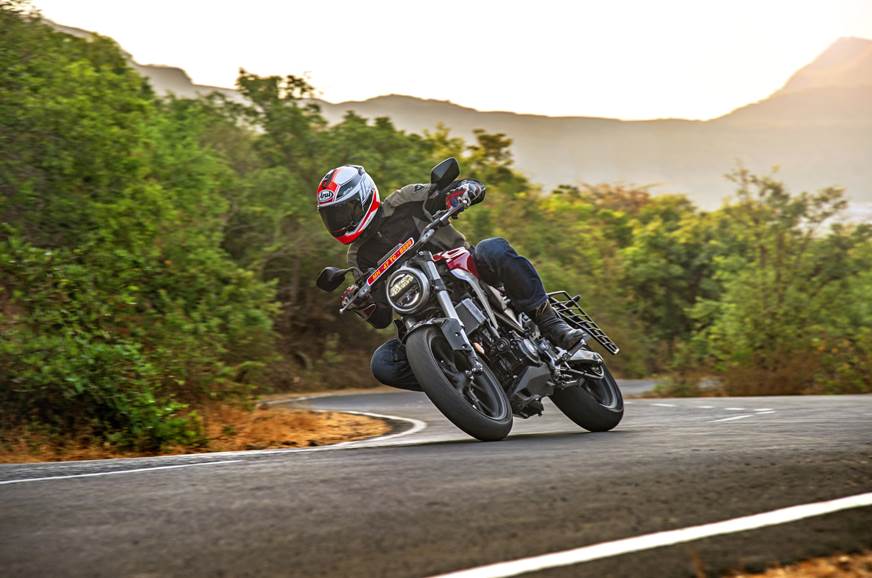 The CB300R packs a brand-new tubular diamond frame sprung by the earlier mentioned 41mm USD fork and a seven-step preload-adjustable rear. In the city, suspension comfort is very good, especially from the front end, but you do get the sense that the rear might be just a little too soft. This was confirmed when we took the CB out on some smooth mountain roads, where the rear started weaving and bouncing about when pushed hard. This could very well be fixed by bumping up the preload, but we didn’t have the bike for long and the skimpy tool kit didn’t have the required C-spanner. The CB wears Michelin Pilot Street tyres, and our experience with these is that they work well for the most part but struggle on the limit, and the same holds true here.

The 300 uses the same brake disc sizes as the 250, but it now gets a radially mounted Nissin caliper at the front, which not only looks better, but should offer better performance too. However, that hasn’t proved to be the case entirely, because even though the lighter CB300R may stop in a shorter distance, the 250 had a sharper feel and stronger initial bite. Where the 300 claims a segment-first is in its use of an inertial measurement unit (IMU) to assist the ABS. It probably isn’t as advanced as the IMUs you’ll find on superbikes, but it will still lend lean angle sensitivity to the system, and that will only help it perform better. 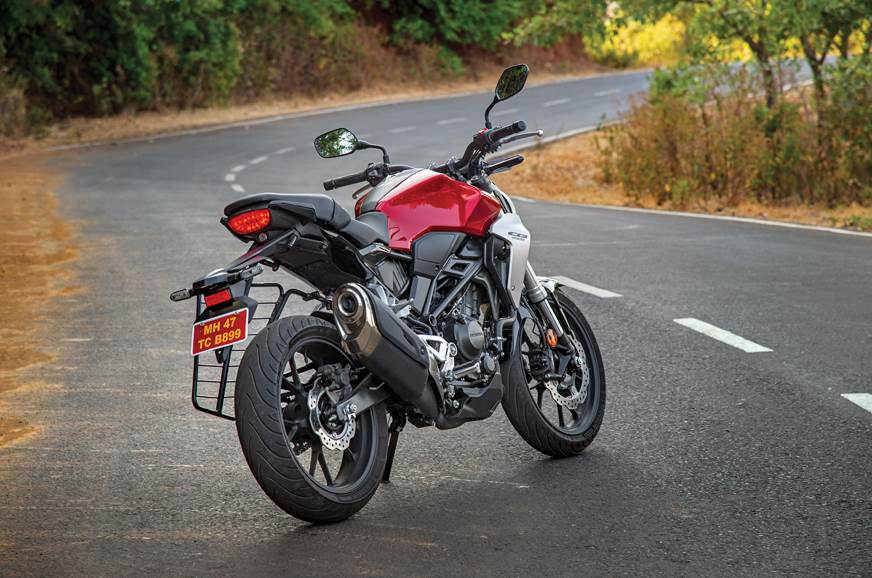 Rear section is neatly designed, but that massive saree guard is an eyesore.

At this point, it’s worth addressing the value quotient. The CB300R comes in as a CKD, which places challenges on how affordable it can be. With that in mind, the price tag is reasonable, especially when you consider the absurd asking price its direct rival from BMW commands. While the CB has high levels of finish and some premium kit, there are some areas that come up short. For starters, the black and white LCD display feels quite basic and neither of the two levers are adjustable. It’s also disappointing to see that there’s no engine cut-off or even a warning light for the side stand. Then there’s the 10-litre fuel tank capacity, which is tiny if you plan to do any serious touring.

Ultimately, the KTM 390 Duke might be slightly more expensive, but it offers a huge step up in performance and is also a much better value proposition in terms of features and price. However, the CB will appeal to a much wider audience simply because it offers such a different experience to the single-focus KTM. It’s very much a Honda at heart, offering great design, good quality and a very competent riding experience, but stops short of being dramatic or overly exciting.

The CB300R is a fun bike that’s easy to live with and carries the brand’s hallowed reputation for reliability. So even though the wait has been long, this bike definitely finds a place in our market. If you’re on the lookout for a motorcycle of this size and nature, but you’re put off by the KTM’s insatiable over-exuberance, the sensible CB is probably what you need.