The Ducati Multistrada V4 will be officially unveiled on November 4, 2020 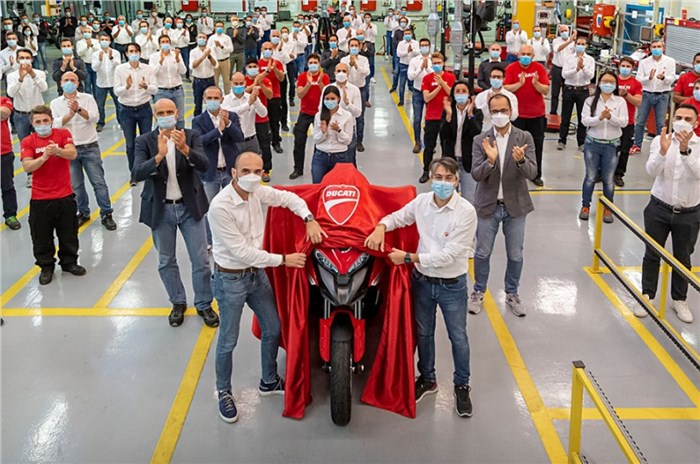 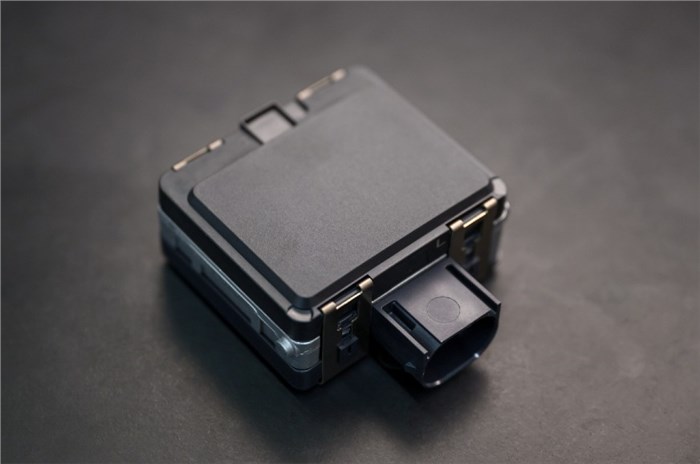 Ducati has commenced production of the all-new Multistrada V4, at its factory in Borgo Panigale, Italy.

Along with the production announcement, Ducati also used the occasion to give the world a sneak peek of the 2021 Multistrada V4, revealing its face and the new radar technology.

The 2021 Ducati Multistrada V4 is the world's first production motorcycle to feature a front and rear radar technology. The radar system has been under development for the last four years and Ducati has worked on developing it in close collaboration with Bosch.

Each radar unit weighs 190gm and measures 70x60x28mm which is pretty much the same size as an action camera, says Ducati.

The front radar system, located between the sleek new LED headlights, is responsible for the Adaptive Cruise Control or ACC. Once the ACC is activated, it can brake or accelerate the motorcycle while maintaining the desired distance to the vehicle ahead, which can be set up to four levels. The system only works while cruising between 30kph and 160kph. Ducati says that adaptive cruise control offers a comfortable ride during long motorway journeys.

The rear radar system serves as a blind spot detector, alerting the rider about vehicles that are not visible in the mirror. It can also detect vehicles approaching from behind at high speeds, and alert the rider in time.

Ducati has also made it clear that the radar system is a rider aid and should not be mistaken for autonomous riding systems.

While announcing the commencement of production, Duacti revealed the face of the Multistrada V4. The design bears the iconic beak and twin LED headlamp setup, however, it looks sharper and sleeker than the previous Multistradas. In fact, the new Multistrada V4 features a brand-new design and chassis; and we've got a glimpse of it when the motorcycle was caught testing.

That the new Multistrada will be powered by a V4 engine was a fact known for some time, but many thought it would be a derivative of the Panigale V4 engine.

Ducati, however, has confirmed that 2021 Multistrada will be powered by a new V4 engine. The company adds that the engine is light and compact while the maintenance intervals will set a new record. More details of the engine will be revealed on October 15, 2020.

The Ducati Multistrada V4 will be officially unveiled on November 4, 2020. It is one of the most highly anticipated launches of the year, as far as big adventure touring motorcycles are concerned. Stay tuned as we bring you more details about the motorcycle and the price.